A Rock Falls man died in the hospital Thursday afternoon after being shot the previous night by a still-at-large suspect. 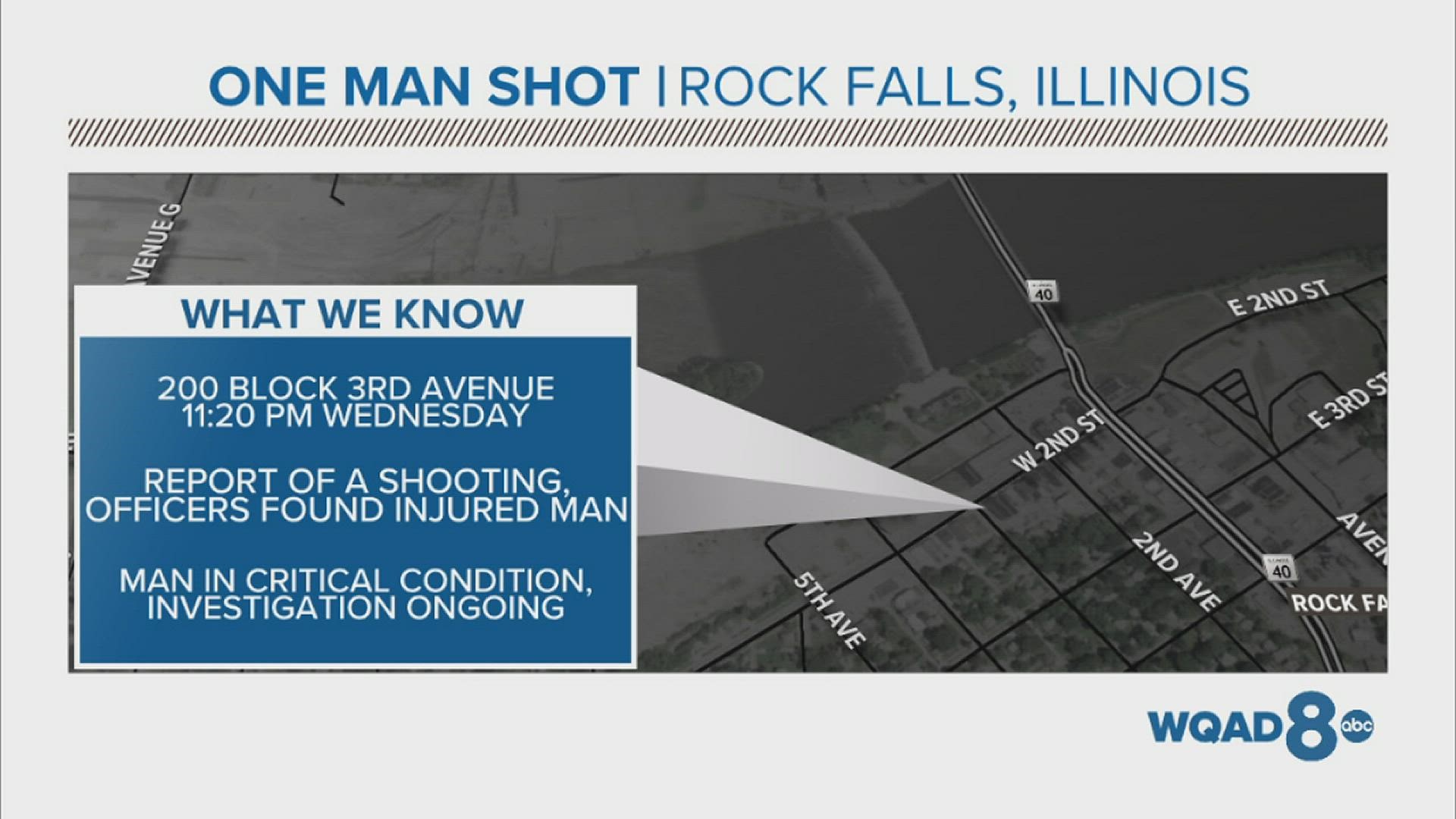 The Rock Falls Police Department later confirmed in a 6:30 p.m. press release that the victim, now identified as 28-year-old Joshua Gibbons from Rock Falls, died in the hospital at around 4:15 p.m.

An autopsy will be completed on Monday, August 9.

Rock Falls Police are investigating if there's any connection between a shooting late Wednesday night and one from earlier that day on East 6th Street.

When police got there, they found a man with serious life-threatening injuries inside an apartment building, as well as shell casings outside.

A witness to the shooting reported a black man with a red shirt and dreadlocks running west from the shooting scene.