Best chance of rain for the week arrives tomorrow afternoon and evening; Cooler weather on track for the rest of the week 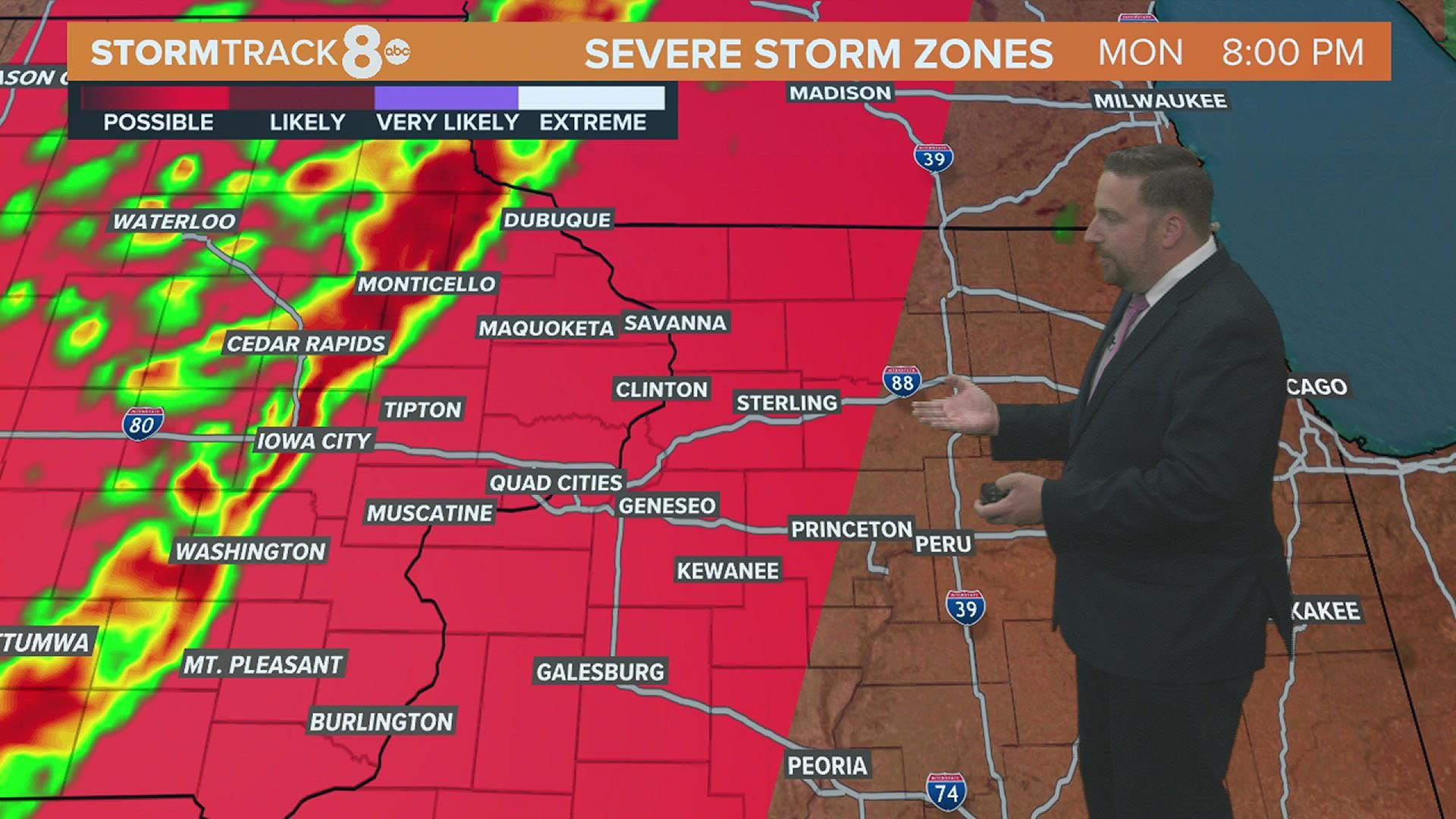 Summer will have one last hurrah today as we track more heat and even a few stronger thunderstorms, especially later this evening. Coincidentally, today is the final full day of summer as we turn the calendar to a new season tomorrow. This morning, a few showers are possible for our Illinois hometowns as moisture continues to stream into the region. The better coverage of showers and storms looks to hold off until after dark tonight. That will be ahead of a potent cold front that will end our string of 80-degree days.

The front itself is quite strong and enough moisture will be in place to produce widespread thunderstorm activity this evening. A few storms will also likely be strong to severe, with hail being the primary threat. Storms will likely arrive here in the Quad Cities after 9 pm and end around midnight. Keep the News 8 App handy this evening and remain alert for possible watches and warnings that may be issued.

A refreshingly cooler day is expected for Tuesday and really much of the week ahead. Temperatures behind this storm system will fall into the 70s for daytime highs and lows in the 40s and 50s through next weekend.

This pattern will also feature a really dry air mass, so we won't be seeing any additional opportunities for rainfall for the remainder of the week.

RELATED: Cicadas 2021: Where the biggest swarm is expected

RELATED: Why our severe weather season has been unusually quiet