Despite the frigid temperatures, mother nature doesn't wait when it's time for baby calves to be born 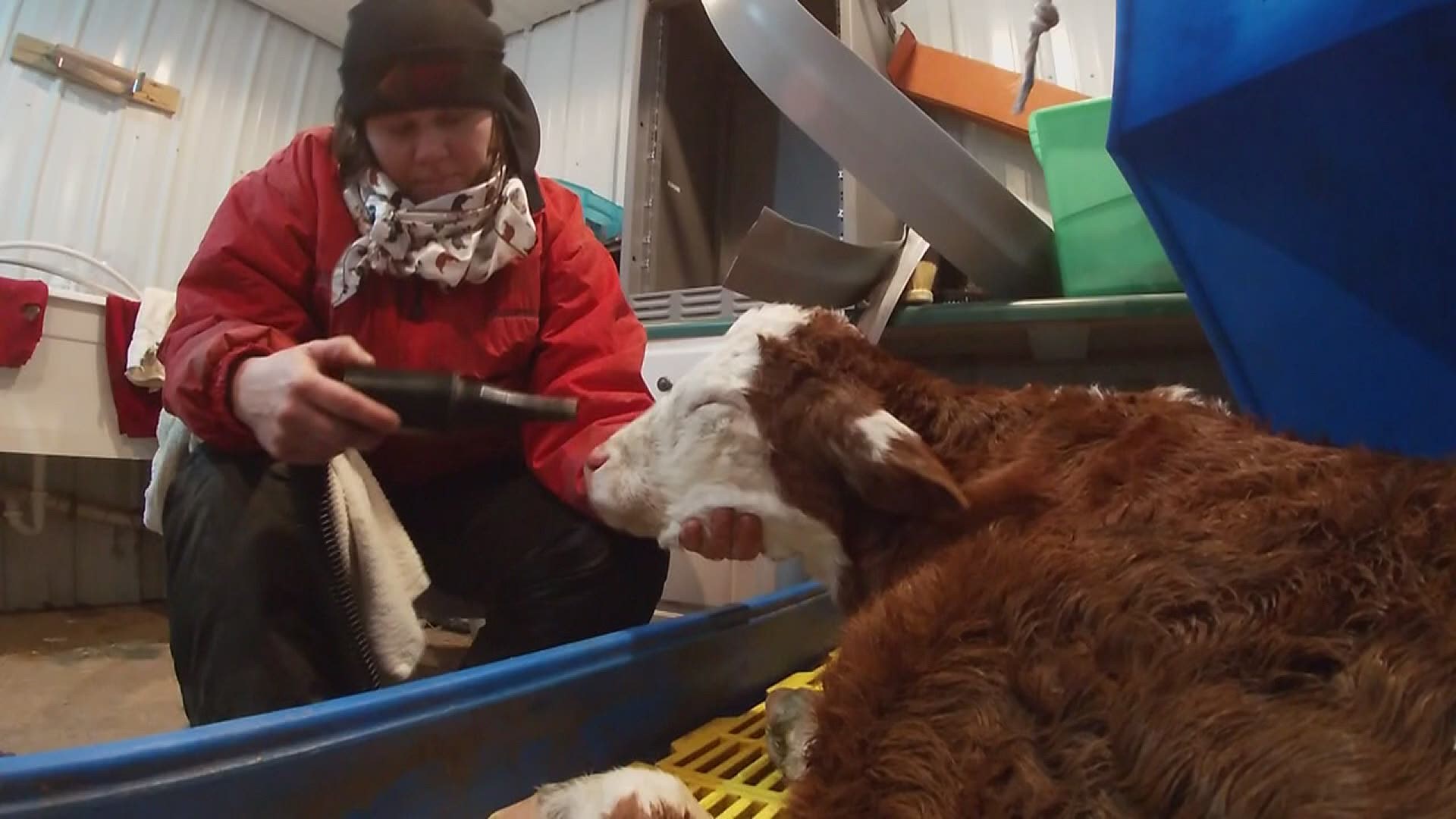 BLUE GRASS, Iowa — Despite the frigid temperatures outside, mother nature doesn't wait when it's time for baby calves to be born. Diamond P Ranch in Blue Grass says it plans on having calves this time of the year to beat the spring rains, but the arctic blast is making things more complicated this year.

"There’s lots of heat lamps running. A lot of coats going on," said Kim Powell, who described herself as a "farmer's wife and a momma."

"It's stuff that we typically don’t have to do, but everybody’s pulling out all the stops to make sure that everybody’s taken care of," Powell said.

RELATED: Calving under the one roof

As long as the mother cows are eating, they can withstand the sub-zero temperatures and maintain a body temperature of about 100 degrees.

"They eat for heat. Their body will generate heat," Powell said.

But the calves need more help. On their first day on earth they fall from a toasty 100 degrees in the mother's womb to the cold hard ground.

RELATED: What livestock farmers have to do to prepare animals for extreme cold

"So we’ll let mom lick those calves a little bit, but of course they’re wet. So we’ll scoop them up and we’ll put them inside a special box that we have called a 'hot box,'" Powell said.

With tender loving care, the calves are dried and cleaned. Their hair is blowdried before returning to mom with a warm new overcoat. After a few days, they can sit under a heatlamp on their own for more warmth.

But, like the winter cold, the special treatment is only temporary.

"They will stay with mom for about the first six months. And at about six months mom’s really over it," Powell said.

Hereford cattle mature in a little more than a year. Then, they are harvested for their beef.