Cows tell each other how they’re feeling, new study finds

Cows tell each other how they’re feeling through their moos according to a new study. 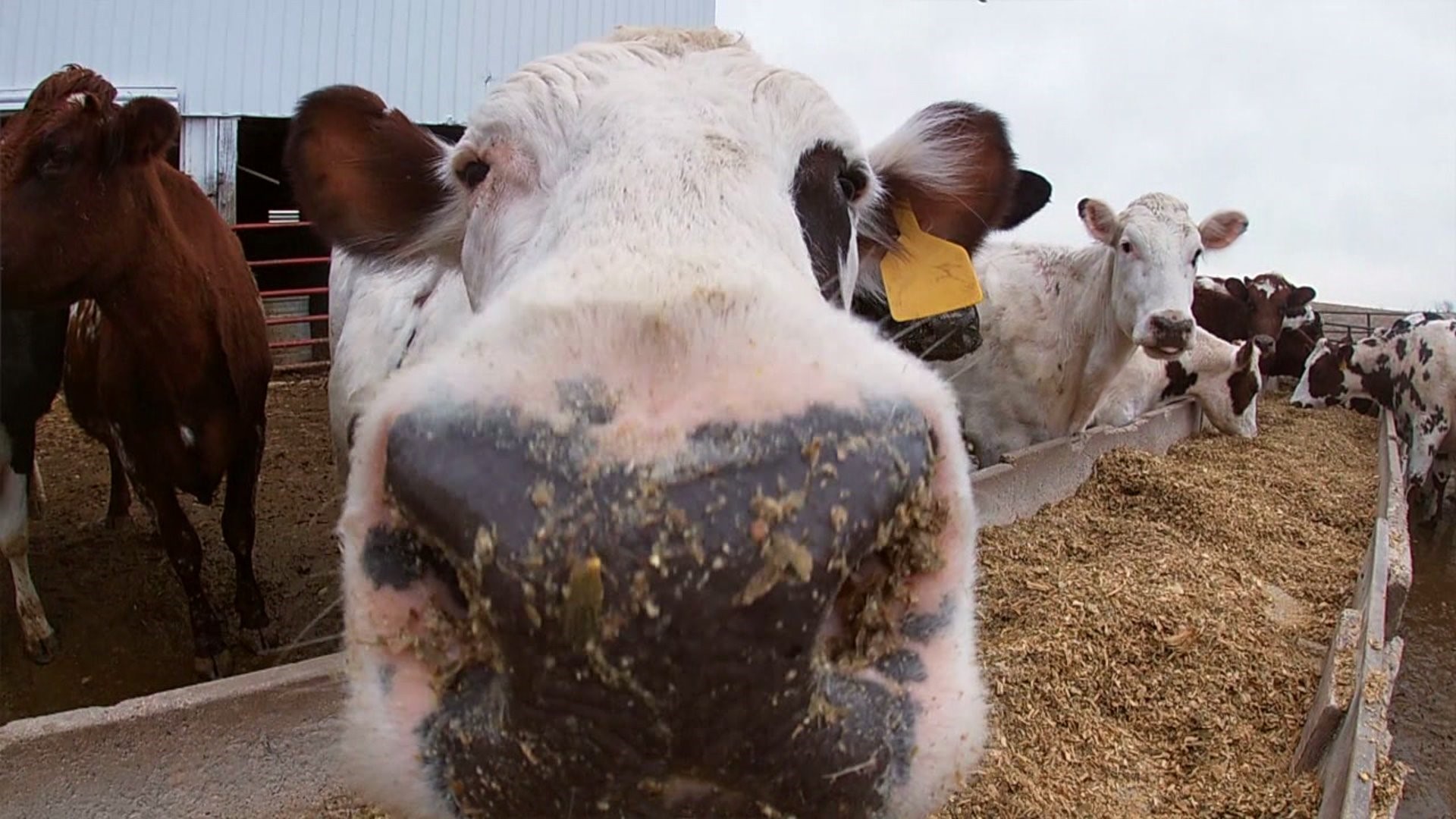 LONG GROVE, IOWA -- Cows tell each other how they're feeling through their moos according to a new study.

Research out of Australia found cows have individual voices and change their pitch depending on their emotions.

Only dairy farmer Gene Newell can "commooonicate" with his cows.

Researchers have found cows are able to give cues in certain situations and express different emotions, including excitement, arousal, engagement, and distress.

Gene says when one of his girls bellows he knows something's up.

So gene is basically the google translate for cows.

Meanwhile, over at cinnamon ridge, it sounds a lot different.

Farmers can tell from cows emotional cues how they're feeling. The quieter the cow the happier the cow. These girls are super quiet, meaning they're very happy.

Researchers hope this study helps farmers understand what their cows are telling them.