Out of 800 herds across the country Cinnamon Ridge is the top milk producer. 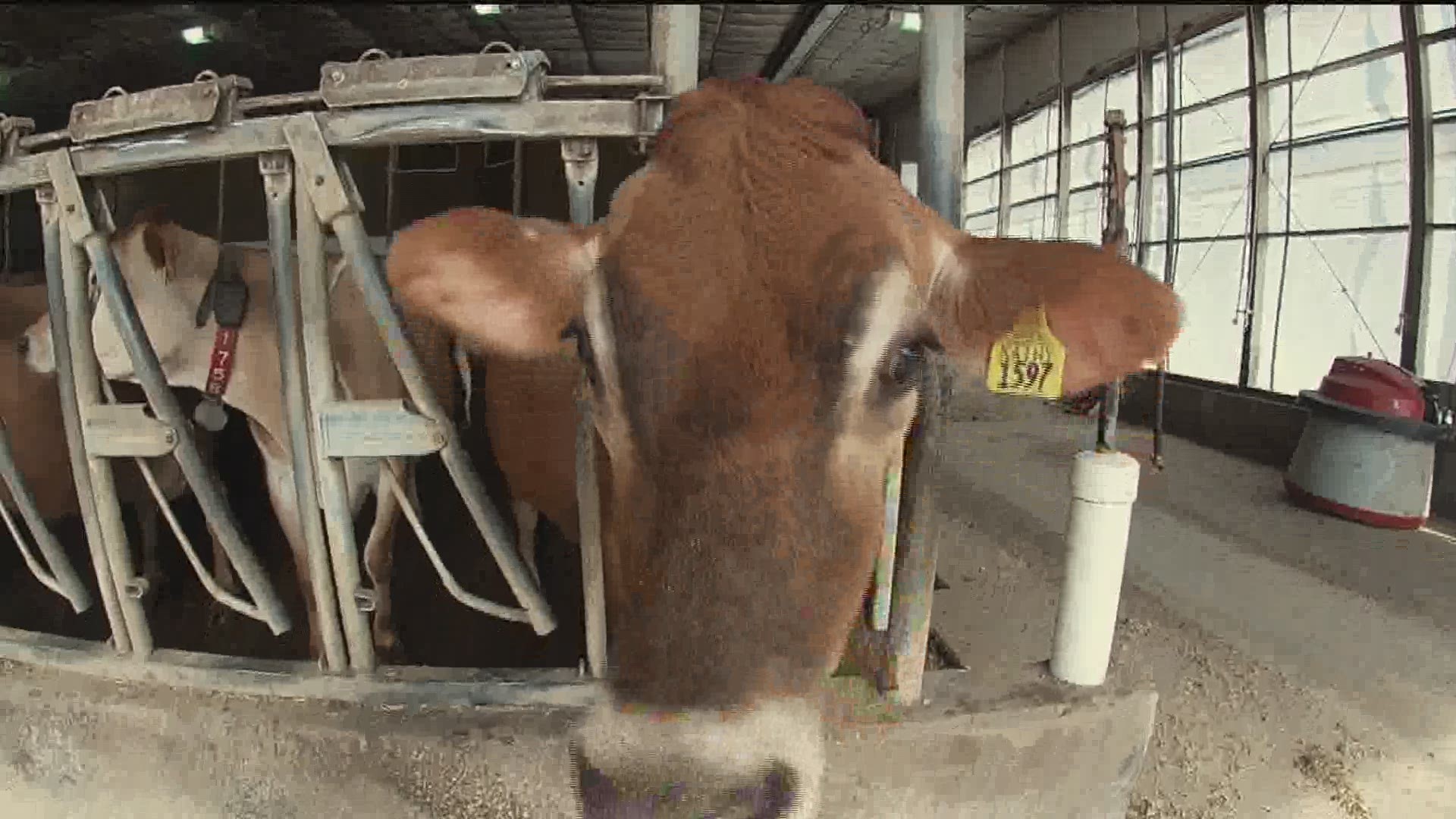 DONAHUE, Iowa — Out of 800 herds across the U.S. the best can be found in Donahue, Iowa.

Cinnamon Ridge is the top milk producer in the country for Jersey cows. According to John Maxwell, owner of Cinnamon Ridge, there are a number of elements that contribute to their success.

The unusual ingredient here is cottonseed but the secret ingredient is coffee creamer. Mixed together, you get the cows daily feed.

The Cinnamon Ridge herd is the top producing Jersey cow herd for protein and for milk, ranking eighth for butterfat production.

Each of the gals produces nine gallons of milk per day. To achieve the feat, each day they eat about 90 pounds worth of food and drink around 30 gallons of water.

Maxwell says the comfort of the herd is also critical to production.

Here at Cinnamon Ridge, it's an 'I scratch your back you scratch my back' kind of situation.

Maxwell said he thanked his Jersey girls for all their hard work by adding a little extra coffee creamer into their daily mix.