Dairy farmers say they can't get their milk bottled 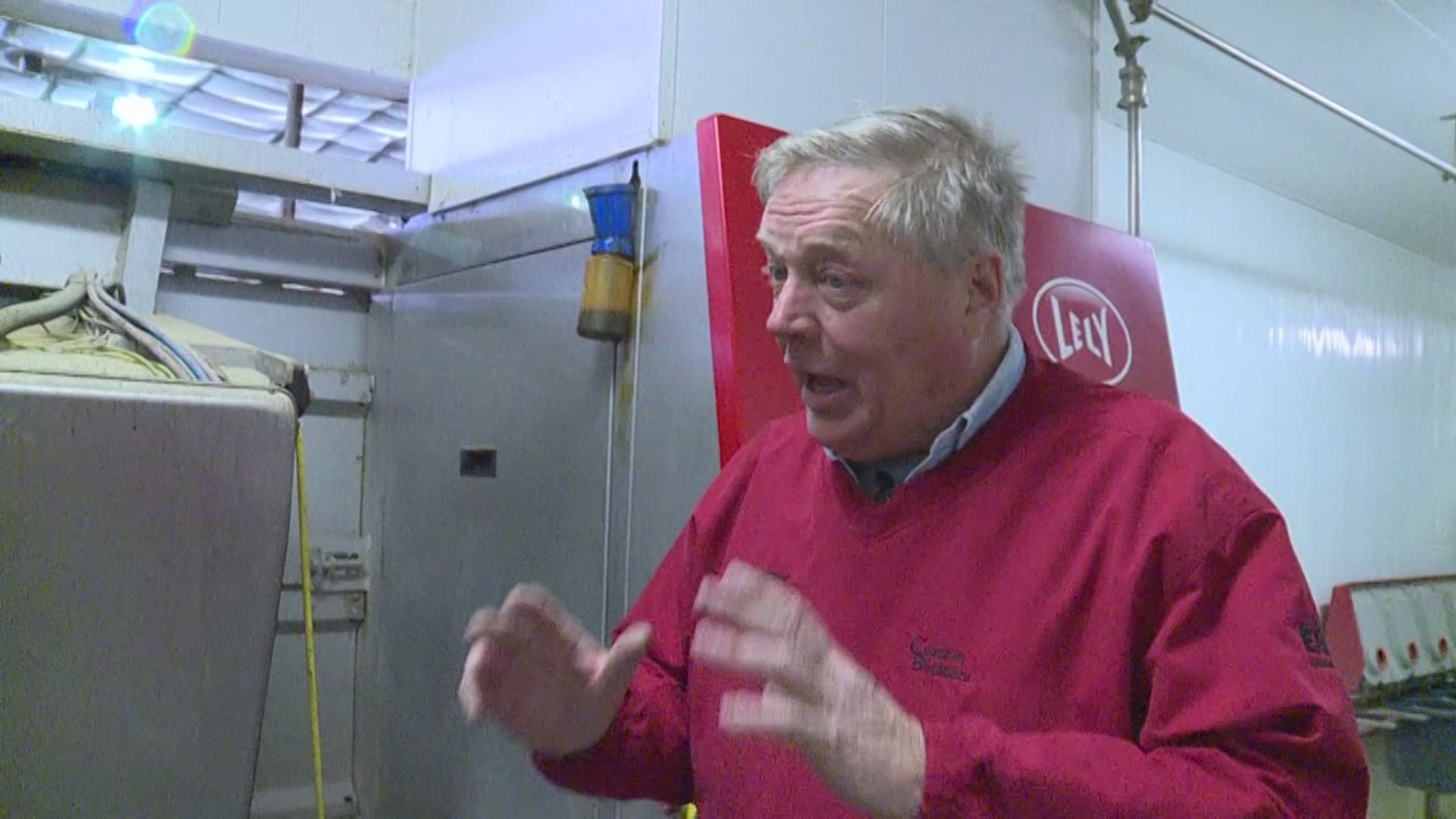 Tons of fresh milk is being wasted across the nation as farmers are being forced to dispose of it. Local farmers say the food supply chain is broken.

"The milk keeps coming and we need a place for it to go," said John.

It's the shocking footage that went viral. Farmers having to dump massive amounts of milk because processors have no where to store it.

"Milk does not store so its gotta go down the drain," said John.

John's cows produce nine gallons of milk a day. This milk was originally going to restaurants and schools but they've all closed because of COVID-19, there's now an oversupply and prices have plummeted.

This reduction in production is devastating dairy farms.

"Its really been struggle for us to make ends make to pay our bills and now its getting even worse."

Economists say there's at least a 10% imbalance between supply and demand, and that's pushing down already low prices by another 25%.

"The second week of March they were predicting the price would be $18.25. Within one month they dropped by almost $4, said Peter Vitaliano, Chief Economist for the National Milk Producers Federation.

A generational farmer, Brian and his father Henry Preston say 2009 was one of the worst on record for the dairy industry.

"We're still recovering from 2009. Most dairy farmers are and that was 11 years ago."

After a turn in the market, they went into 2020 with a glimmer of hope.

Unlike those in Wisconsin and the Twin Cities, our farmers are still getting milk to market. But unlike meat farmers can't freeze their milk, nor can they stick it in a silo like grain.

As part of the $19 billion Agriculture Disaster Plan announced last week, $2.9 billion will go towards dairy farmers to help make up for the loss in income during this pandemic.