What will take to bring back University of Iowa Swimming and Diving?

A group of parents and alumni unite to talk with the University of Iowa Athletic Department to bring back the varsity sport. 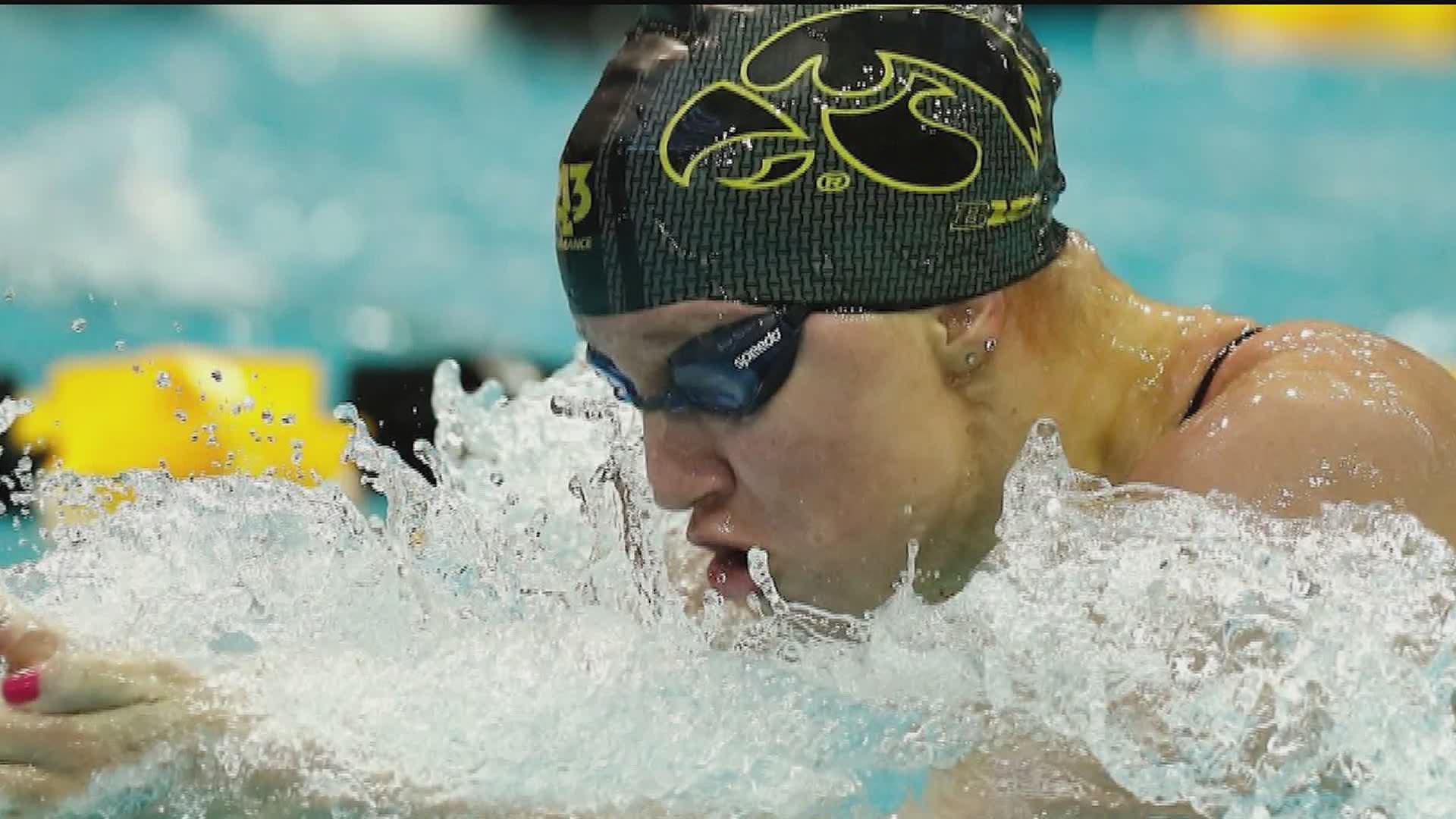 BETTENDORF, Iowa — Parents and former coaches with the University of Iowa Swimming and Diving teams say they are in talks with the Athletic Department to bring the team back as a varsity sport.

The university announced last week the men's and women's swim teams, along with men's tennis and men's gymnastics, will no longer be a varsity sport beginning next year.

Brock Ohlensehlen is a junior on the Bettendorf High School swim team who dreamed of being on the Iowa men's team since he was young.

"Since I was one Iowa has always been talked about in my household," says Brock.

His sister, Sage Ohlensehlen, is a senior on the Iowa women's team who had the same dream as her brother.  But Brock's dream must change directions after Athletic Director, Gary Barta, announced the sport would be cut.

"It's not just the club sport you are putting money into, it's the equipment, it's the hotels, it's taking time off work," mentions Heather.

Emma Sougstad, a former Iowa swimmer and coach, says she's spearheading an effort to bring the team back.

"The last solution should be to cut a sport," Sougstad says. "Right now is 'Step A' and that is how do we share our value? How do we share how much this program means to so many people."

With a 500 member alumni Facebook group and an online petition, she says they are gaining traction, but money is the next factor. Sougstad says 'Step B' will be figuring out fundraising, looking at endowments and a different way to budget the team.

"I do think we are making traction in a positive direction right now," Sougstad says. "Those student athletes are not dollar signs.  That's an experience, that's a human being that's being molded and shaped."

The University of Iowa Athletic Department says they don't plan on cutting any other sports. They say with no Big Ten football season the department will loose $100 million.  They plan to borrow $75-million, which they say will take 15 years to pay back.