Eight years ago, photographer Mark Hirsch discovered a tree that changed his life and career. 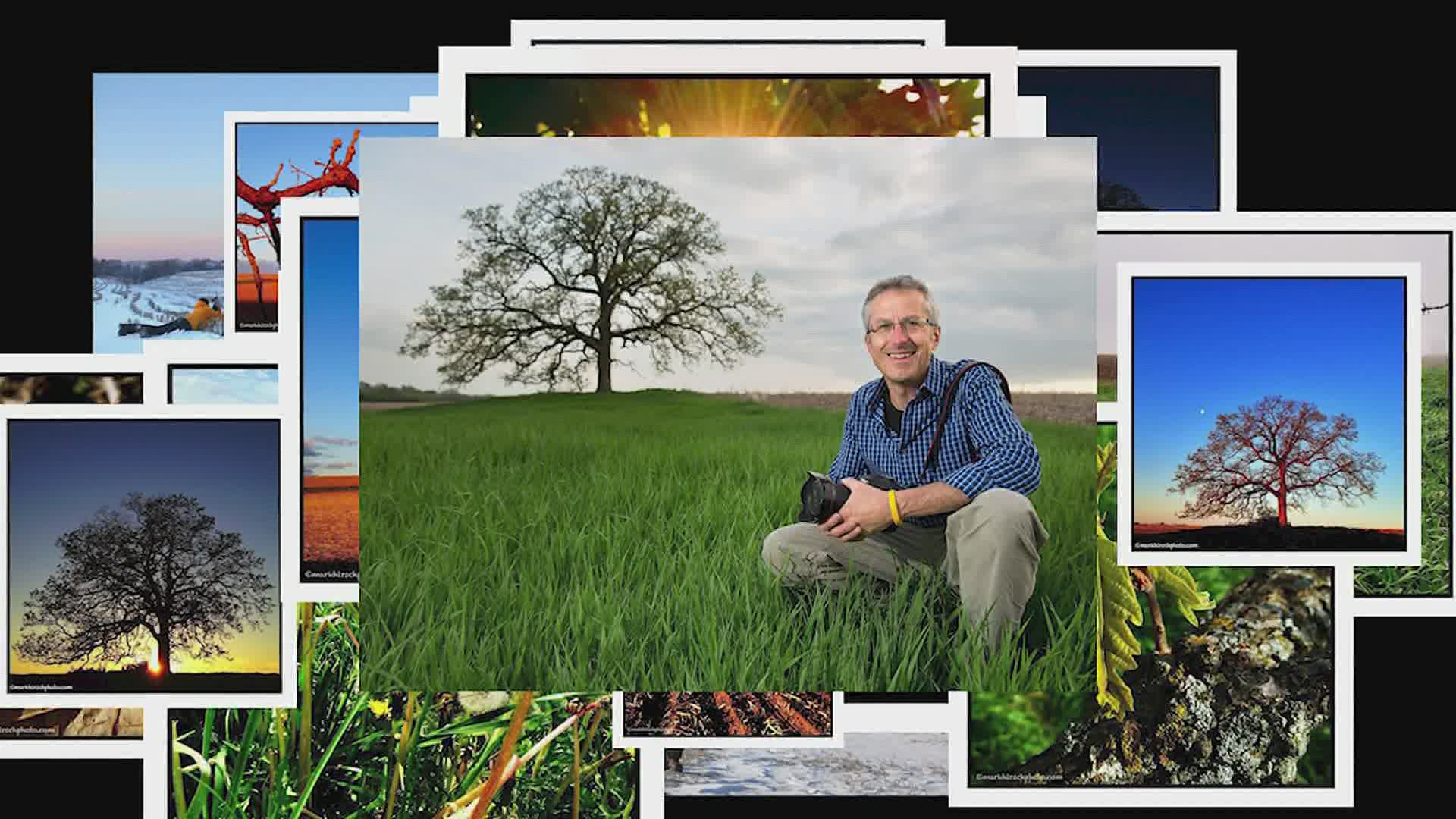 PLATTEVILLE, Wisconsin — The strong wind and rainstorm that tore through the Quad Cities in early August, also reached areas of southwest Wisconsin.  In Platteville,  photographer Mark Hirsch mourns the loss of a dear friend after the "derecho". But he says he's still able to find the beauty in the time they had.

Hirsch lives in a one room schoolhouse he renovated a few years back. It's a picturesque place close to his saving grace.

For almost two centuries, she sat four short miles away from his home. But it wasn't until he was recovering from a car accident when he finally noticed her.

Credit: Mark Hirsch
Mark Hirsch was driving back from South Dakota when the spout of a concrete truck crashed into his front windshield.

"There's a beautiful sunset and I'm thinking to myself "I need something to put between me and that sunset - a windmill, a barn, some Midwest landscape", and I turn onto Airport Road and there's That Tree."

Hirsch says he had his iPhone in his pocket and challenged himself to capture more than an image of her, but use the surrounding nature. At the focus of each photo was the ancient bur oak.

"My dear friend of mine said "What's with you and That Tree? Why don't you make a photo a day with it?", she became That Tree."

From March 24, 2012 to March 23, 2013, Hirsch made pictures with That Tree and published them in his own book. He also created a Facebook page that attracted almost 50,000 followers over the years.

The mighty oak stood strong for every season, every visitor, every life event.

"It really helped heal me from my car accident and then my stage four prostate cancer diagnosis," Hirsch shares.

That Tree kept Hirsch grounded.  That's until fast winds and heavy rains whipped through Platteville's plains with a force the mother of nature could not reckon with.

"I turned onto Airport Road and looked down into the valley and I was just devastated," remembers Hirsch.

In the Wisconsin soybean field, That Tree - once full - was on the ground and flattened by the storm.

"I laid my head on her and just sat here and cried."

While Hirsch paid his respects, some who followed Mark's journey with That Tree offered theirs.  One couple had their marriage proposal under the tree and left a photo of that special day on her dying branch.

He says he will not take a photo of That Tree since she fell, explaining it won't give him the closure he needs.

"The last picture I made was her standing grand and her stately form on the horizon," Hirsch says.

That's the strength Hirsch now has to realize why he saw her in the first place.

"Some of the most incredible beauty is waiting for us to discover in our own backyards. It took a tree to teach me that lesson."

But, as Hirsch puts it, she's not just a tree, she's That Tree.

Hirsch currently works in Dubuque as the publisher of a private community magazine called "Neighbors of South Dubuque".