Some student athletes on the men's and women's swimming and diving team say they are redshirting this year as they figure out their next step. 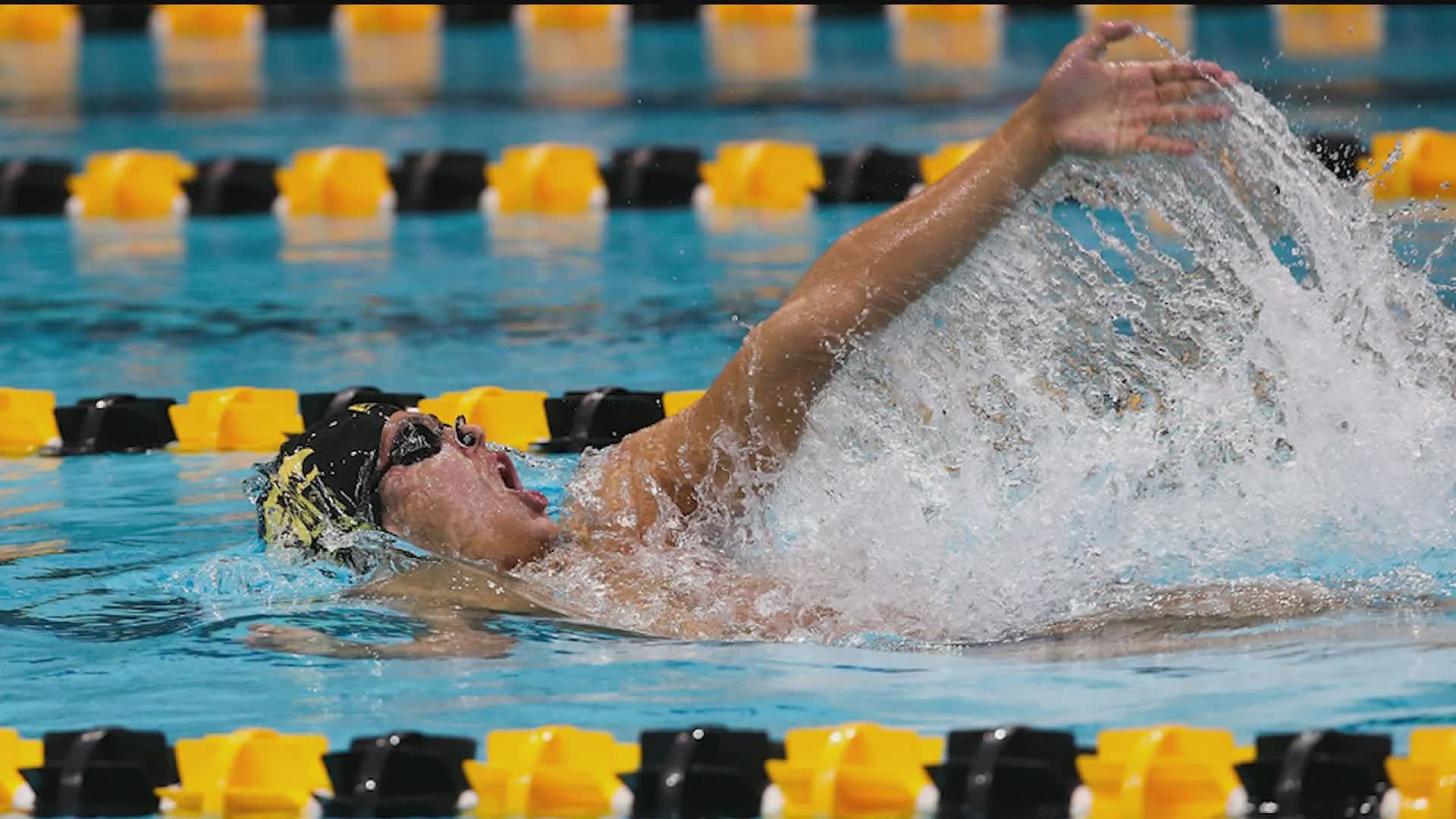 IOWA CITY, Iowa — Some University of Iowa student athletes say they're looking to transfer after the University's Athletic Director announced four varsity sports will be cut indefinitely starting next year.

For senior Iowa swim captain Sage Ohlensehlen, it's the sport she submerged her life in.

"I knew when I was nine years old this is where I wanted to be," Ohlensehlen says.

She's a Quad City native who graduated from Bettendorf High School where she also swam.

Both men's and women's swimming and diving teams at Iowa are two of the sports being cut by the university starting next year; as well as men's gymnastics and men's tennis.

Ohlensehlen says the news came out of nowhere. On Friday, the team received a text message to head to a last minute meeting led by the University Athletic Director, Gary Barta.

"Gary Barta got up and said "I have good news and the good news is you guys will be able to compete this year, but after that your programs will be discontinued at Iowa"," Ohlensehlen explains.

"24 sports at Iowa are funded primarily from football and to a lesser degree men's basketball," says Barta at a press conference on Monday. "And now for the first time across the country - not just at Iowa - that funding model is in serious jeopardy."

With the Big Ten Conference cancelling college football this fall, Iowa's nearly 100 year-old swimming and diving program was one of the first to go.

"Iowa swimming is historic, I never fathomed that it would be cut," Ohlensehlen says.

Preston Planells is a sophomore swimmer from California on the Iowa men's team who says he plans to transfer.

"I'll be redshirting this year," Planells says. "I've decided to do that to have an extra year to figure out where I want to go."

He says it's tough to find motivation to practice.  Ohlensehlen agrees, but she wants to prove the Iowa Athletic Department wrong.

"The world doesn't stop you have to keep moving," she says. "And my goal and my team's goal is to show Iowa Athletics that they made a huge mistake."

Ohlensehlen says her brother is a junior on the swim team at Bettendorf High School.  She says his dream was to swim for Iowa, but his plans are changing after the announcement.

Alumni of the swim program have started a petition to save the program, which invented the butterfly stroke.

Iowa Men's Swimming and Diving is the last Division 1 men's team in the state.