When Clint Ratkovich's summer internship was canceled, his university connections found him another opportunity. 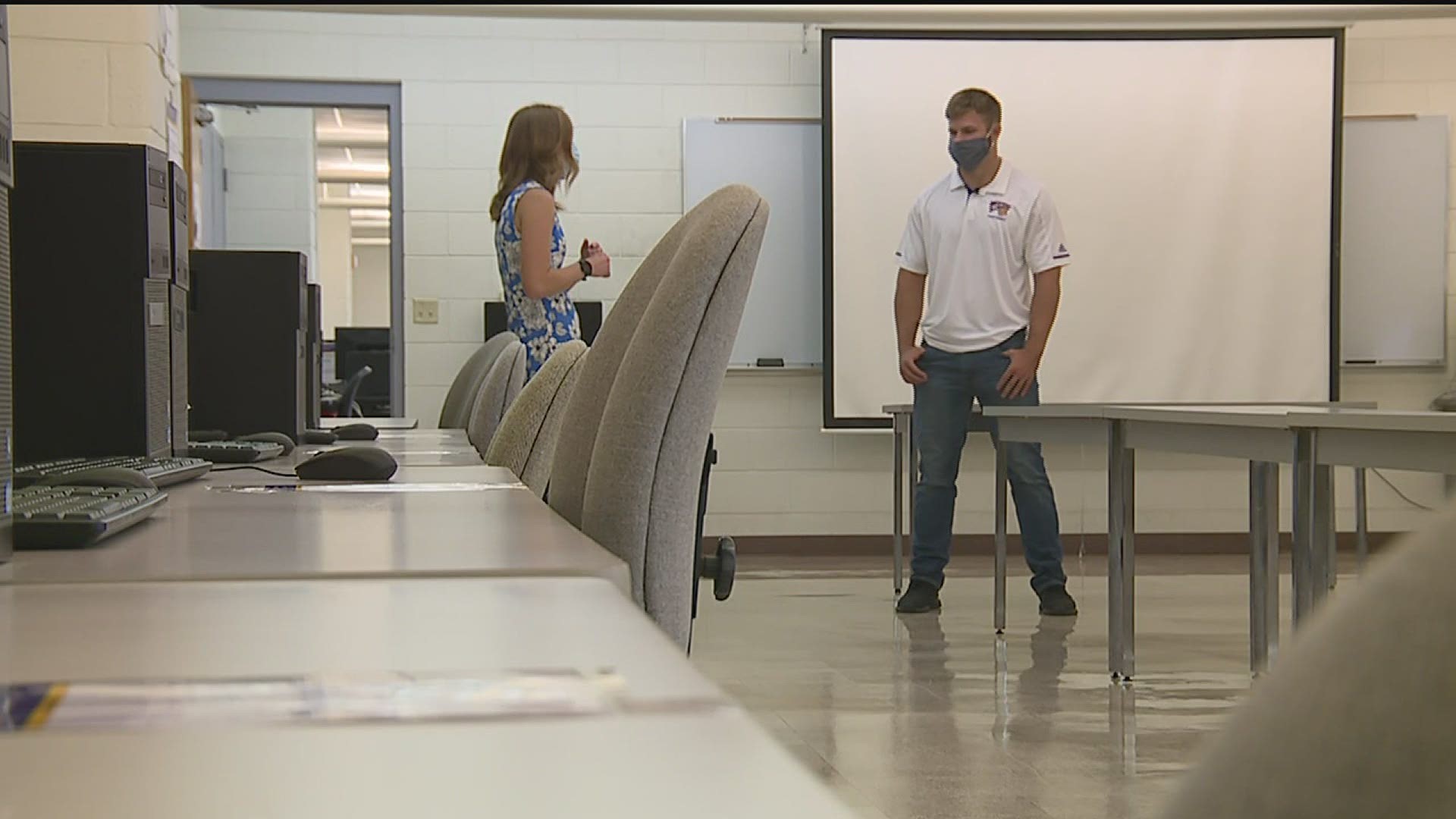 MACOMB, Illinois — Monday was the first day back to school for many students, including those at Western Illinois University at both Macomb and Moline campuses.

Masks, social distancing, and both online and in-person classes are precautions put in place for this year.

Clint Ratkovich is an Engineering Tech major and a senior at WIU. He's been on campus all summer after his engineering internship with Lyondellbasell Industries was cancelled due to COVID-19.  But another opportunity opened up - on campus.

For two months, Ratkovich traveled through almost 300 classrooms, looking for a way to keep students distant while they learn.

"I started off with one classroom, went from there and it kind of turned into a whole big project," Ratkovich explains.

His professor, Rafael Obregon, says when he heard Clint's internship was canceled he put him in contact with Ted Renner who was looking for student workers.

"Last summer I had two and they were fantastic," says Renner, WIU Facilities Management Deputy Director. "So, to think I was going to have none - I was about ready to cry."

"That was "here's your project, we have this entire thing for you"," elaborates Renner.

While Ratkovich says the first few classrooms took hours to calculate, he got into a groove.

"I'd be able to do this room in maybe five minutes," Ratkovich notes. "Being able to adapt to it kind of sets it apart from anything else I could have done this summer."

Ratkovich says storage became an issue for desks that weren't needed.  He says, to compromise, some classrooms have desks with an 'X' on them.