Travelers in and out of Quad Cities International Airport can expect to see updates to parking lots, terminals and runways. 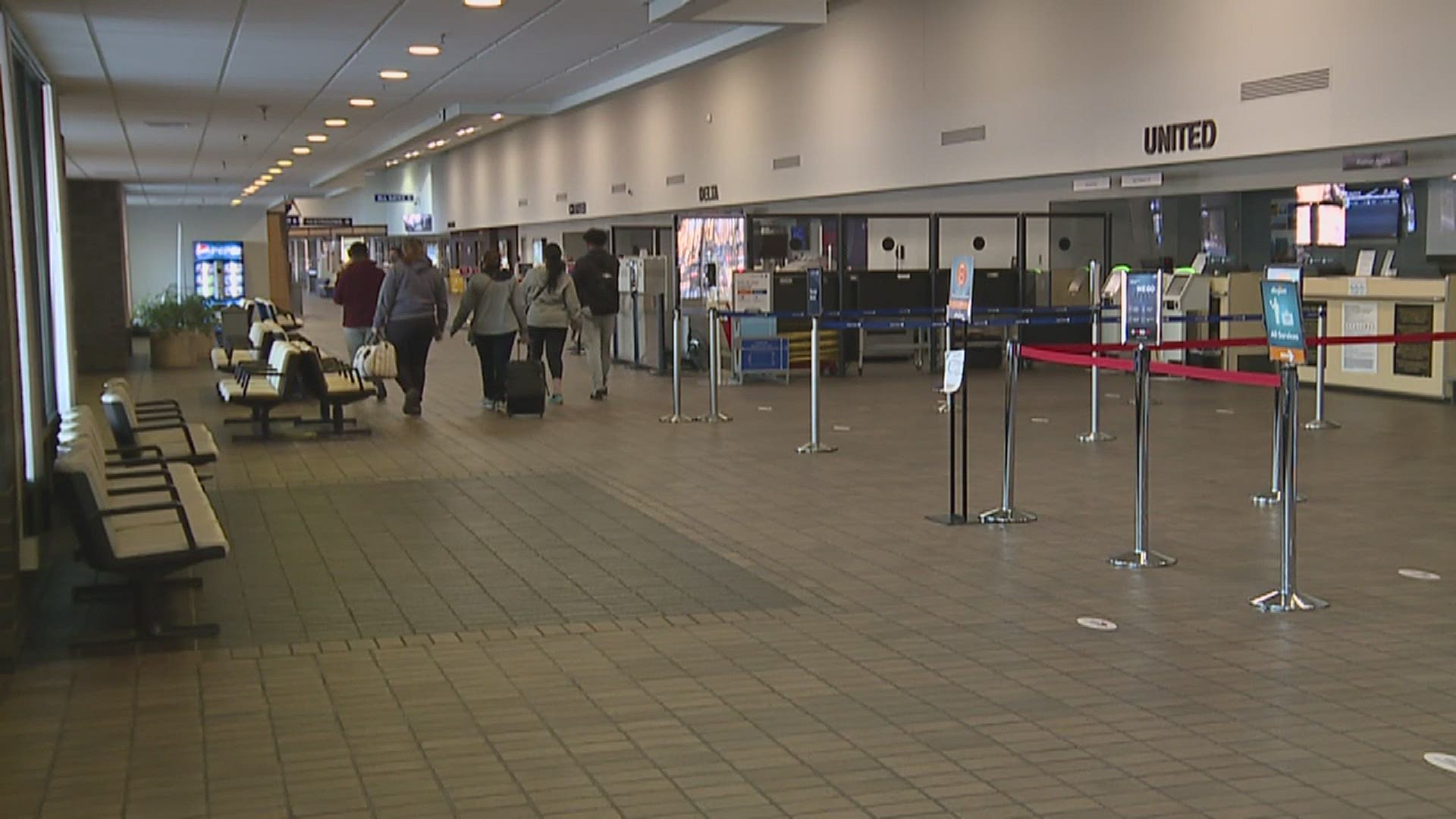 MOLINE, Ill. — Major changes are happening at the Quad Cities International Airport with a goal of modernizing travel experience and enhancing safety.

Travelers can expect to see a touchless parking system; an outdoor patio space publicly accessible to visitors and fliers before passing through security; an updated terminal lounge seating with device-charging capabilities; and an intuitive announcement system that adjusts volume based on surrounding noise levels and includes visual paging for those with hearing difficulties, according to the Quad Cities airport's website.

Also among the renovations was the installation of more than 4,500 solar panels to the airport terminal roof and new carports - which now cover most of the existing premium (previously short-term) parking lot. The panels, according to a news release from the airport, will provide 50% of the airport's energy and have the potential to save at least $600,000 in energy costs over the next several decades.

He went on to explain that while the panels will supply half of consumed energy at first, there is a chance that number could grow over the next few years. As the airport continues to cut energy demand elsewhere, including moving to higher efficiency LED lighting, the total share of energy needed will go down.

And while the bulk of the panels' use will go toward airport operations, there will opportunities for airplanes to utilize them.

"I think one of the best demonstrator of that would be providing power hookups for aircraft, so they don't have to run their engines when they're at the gate to keep the aircraft cool," said Leischner. "We can plug them in, and they can have access to our energy grid, which is coming from solar instead of burning diesel."

A ribbon cutting ceremony celebrating the solar panel installation took place on Thursday, Sept. 16 at the airport. The solar project, valued at about $8 million, was fully financed by WCP Financials and came at no cost to the airport.

"That's what this is all about," said Congresswoman Cheri Bustos, speaking at Thursday's ribbon cutting. "It's good for people who are flying in and out of the Quad Cities International Airport. It's good for our energy future. It is good as we move to a greener society."

Rep. Bustos warned the gathered crowd that they should get ready for many more ribbon cuttings and announcements coming from the airport in the future. She touted President Joe Biden's proposed infrastructure bill, which could see a vote in the House in the next few weeks. Bustos discussed the $25 billion section of the bill dedicated entirely airports.

"So when you look at this airport, what you see today, it's going to look very, very different in the next five years - in the next ten years. It'll be greener, it'll be more up to date, and hopefully will attract a heck of a lot more people to fly in and out of this airport."

The panels still need to undergo several more weeks of testing, but the airport estimates full completion of these renovations in November.

In addition to the experience-based renovations, the airport will make improvements to the safety of its runways and taxiways. There's no timeline yet on when this will be completed.

At Thursday's news conference, Leischner reported roughly 44,000 passengers passing through the airport through August. It's a bit of a drop, compared to previous months, but he said his staff expected it after watching national travel numbers wane throughout the month.

The grant, partially funded by Biden's American Rescue Plan, went toward extending Taxiway A, removing thousands of feet of runway and taxi pavement and adding a taxiway connector to reduce potential of runway incursions.