The case is now being turned over to the Rock Island County State's Attorney for further review. 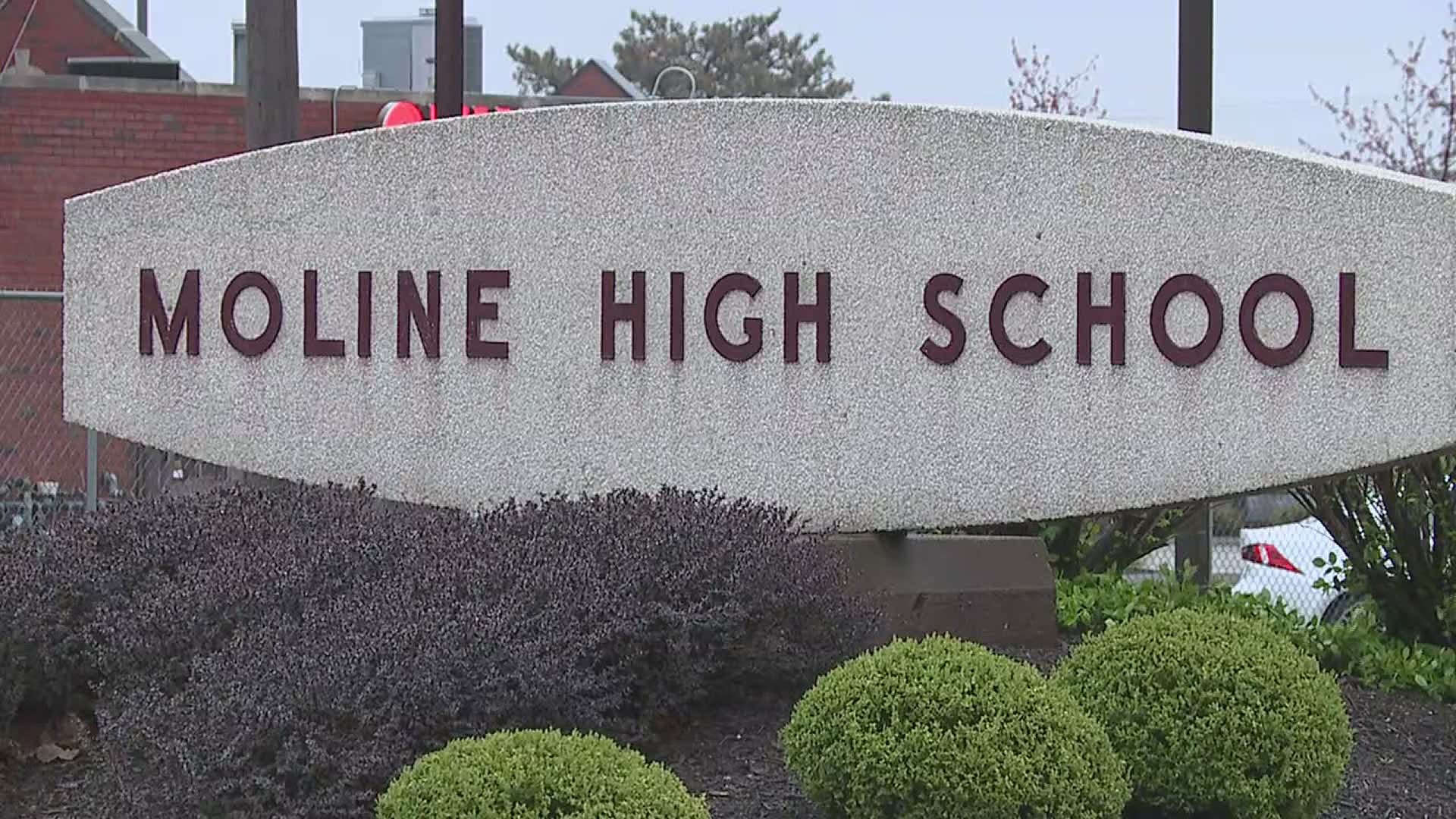 MOLINE, Ill. — If you've seen the video circulating online, showing a Moline High School football player being harassed by his teammates, Monti Miller is the one that got it there.

"It's nothing to be joking about," Miller said. "It's not funny."

Miller is a sophomore at Moline High School, and saw the disturbing video on Friday afternoon.

"One of my friends sent it to the group chat I'm in with the football players, and it was like laughing about it," Miller said.

So, Miller posted the video online, which was shared at least 1,000 times on Facebook.

"If that ruins friendship with people, that's that," Miller said.

Another student at Moline High School, who asked to remain anonymous, saw the video on Friday, too.

"My first initial reaction was my heart dropped," the student said.

That student was equally disturbed by what she saw.

"Who tells somebody they're going to break both of their knees if they don't sit on a chair in a locker room with bananas hanging above them? They treated him like an animal and that's not OK," the student said.

Howard, who lives in Davenport, saw the video on Facebook, after a mutual friend shared it.

"This just wasn't friends being friends and football players being football players," Howard said. "Again, this was an act of racism. It wasn't people just joking around and for them to think that that was a joke is just asinine."

On Saturday, Moline Police completed their investigation. The case is now being sent to the County State's Attorney's office for review.

The Moline-Coal Valley School District also released a statement on Saturday, which reads:

"The Moline-Coal Valley School District was notified Friday evening of a disturbing and distressing video involving a Moline High School football player. The district is cooperating fully with law enforcement and will ensure a thorough investigation is completed. The vile behavior depicted in the video does not represent our core values and has no place in our learning community. Clearly, we have work to do. Decisive action will be taken upon the conclusion of both the law enforcement and the school district’s internal investigation. Student safety and a welcoming environment remain the top priority for all Moline-Coal Valley Schools."

All of those involved in the video are friends, according to a statement from Moline Police.

If you have any additional information about this case, police ask you to contact them.