Cribfest is open every Friday-Sunday until Halloween. 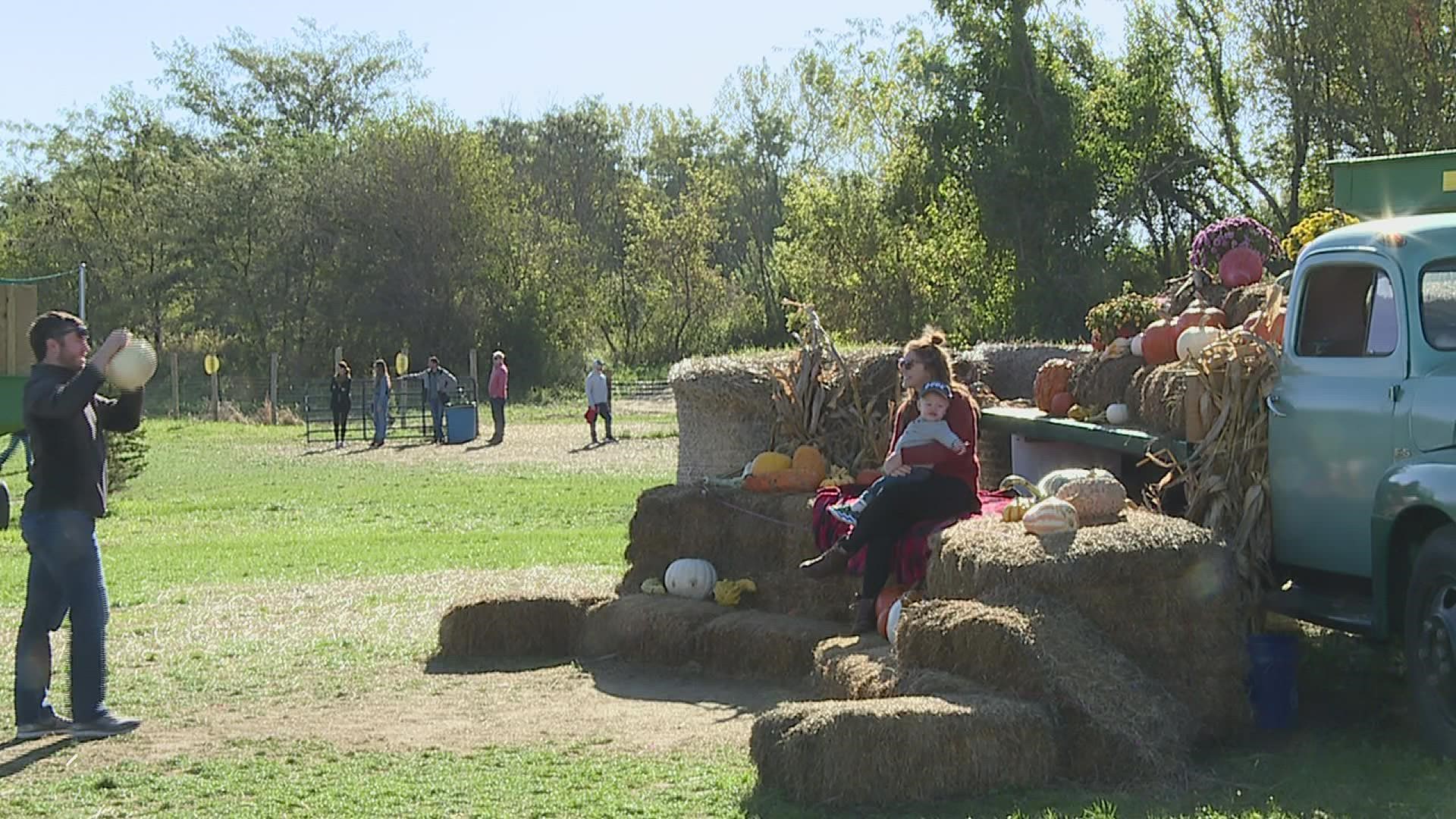 The festival has a pumpkin patch, animals to feed and plenty of fall activities, including some new ones. The outside play space features a bounce pad, train and hay rides, a zipline and pumpkin slingshots. New this year is a paintball target range and hayrack paintball excursion.

"It's fall, you know, so everybody wants to get out and do something," Corn Crib Nursery Owner Derek Engstrom said. "The weather's beautiful, so it's been busy. It's been great."

Engstrom said people have been traveling to the pumpkin patch from as far as Chicago and Des Moines. The national pumpkin shortage that's impacting some this Halloween season is not a problem at Corn Crib.

"When I saw that I was just kind of, 'Oh, you know, we're not short at all,'" Engstrom said. "We've got tons of pumpkins, so you can come out and get anything you're looking for, whether it's a carving pumpkin, pie pumpkin to bake with, gourds, just things for decoration - we've got everything here."

Cribfest is open 10 a.m. to dusk Fridays and Saturdays and 10 a.m. to 5 p.m. Sundays. The last day is Halloween, and Engstrom is encouraging families to come down in their costumes before heading out to trick-or-treat.