Jewel-Osco offering COVID-19 vaccines by appointment to those eligible 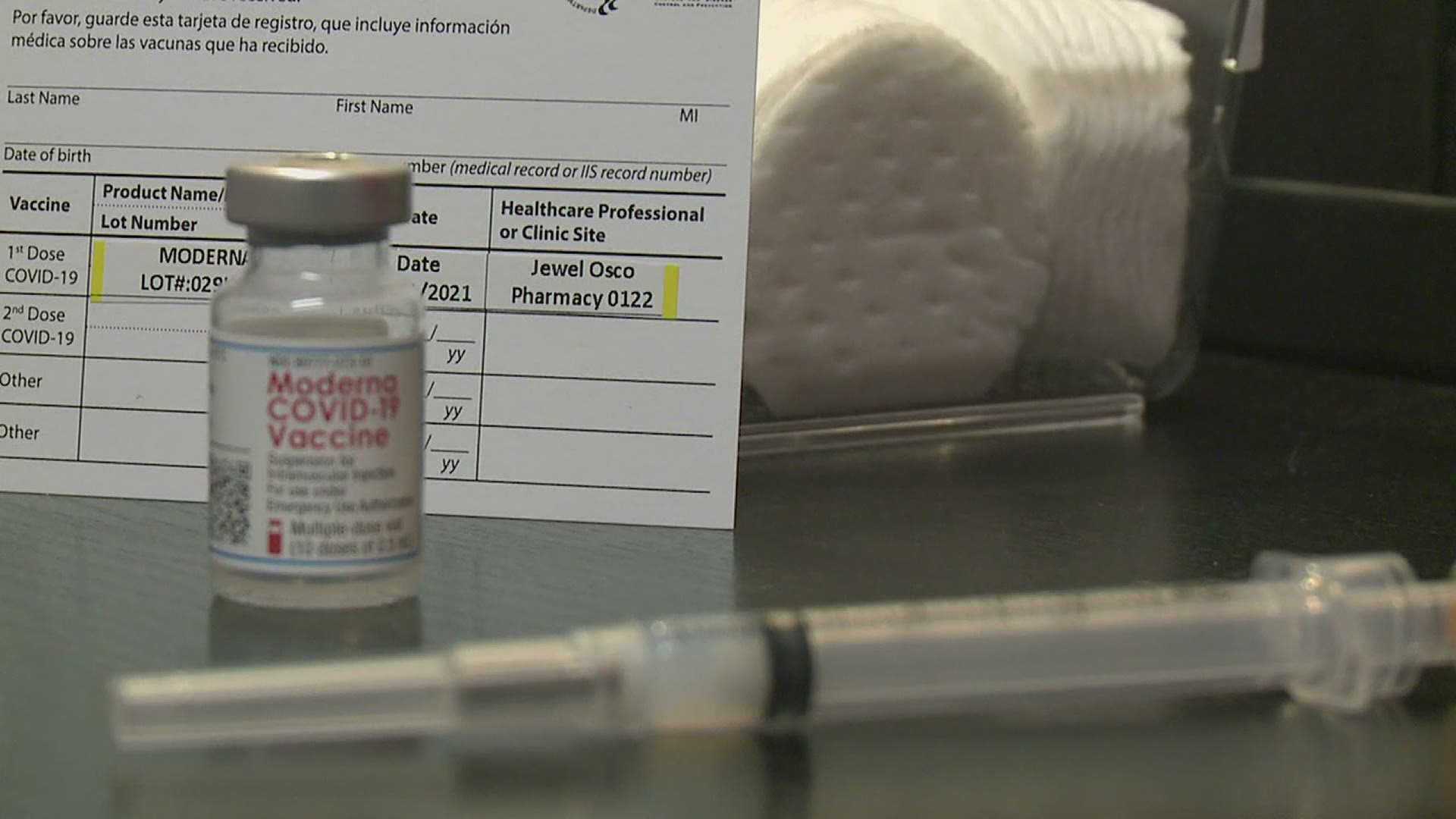 MOLINE, Ill — Illinois is seeing more and more ways for people to receive the COVID-19 vaccine. The state is slowly expanding who can get the vaccine and where, but supply is still nowhere near meeting demand.

Quad City Jewel-Osco stores are amongst one of the newer ways to get a vaccine. They are not administering many a day, but it’s a start; and it’s something the store hopes to expand on every week.

Marty Miflechik got his first dose of the Moderna vaccine on Jan. 21. He got it right in his grocery store.

Mark Henry is the Pharmacy District Manager for the Jewel-Osco’s in the Quad Cities. He says the popular store chain is excited to help fill in the gaps of administering the highly anticipated vaccine.

Henry saying, “We’ve all basically stepped up and raised our hand to immunize as many people as possible.”

Jewel-Osco is partnering with health departments across Illinois to make the vaccine more available, including the Rock Island County Health Department.

Everyone included in phase 1A can receive the vaccine at one of the three Jewel locations across the Quad Cities right now. Starting next Monday people in phase 1B can also get the Moderna shot at the pharmacy.

Long lines were seen January 19th in Milan at the county wide vaccination clinic where health workers gave out shots to those who qualified. Jewel-Osco says it is targeting people who may not have time to wait in long lines.

Henry saying, “Seeing the patients and how grateful they are, I just think it’s such a unique situation that we're able to be a part of it.”

There may not be lines, but there's still a long wait at Jewel. The store is scheduling just three people every hour, totaling 30 vaccines a day.

Henry says they hope to open the amount of doses available as supplies become more readily available. “As we get more doses I do see us getting more involved in the community and we’re already working on some behind the scenes clinics.”

The drug store says it has 900 doses available right now. That won’t be for long. “We are actually going to be fully through with those doses by the middle to end of next week.” Jewel only takes as many appointments as they have doses available. Henry says not to worry though, because more doses and more appointments are expected. “We're actually planning on picking up some more tomorrow.”

Jewel saying it’s an effort to connect vials to needles to arms as quickly as possible.

You can sign up for an appointment at the pharmacy on the Rock Island County Health Department website.