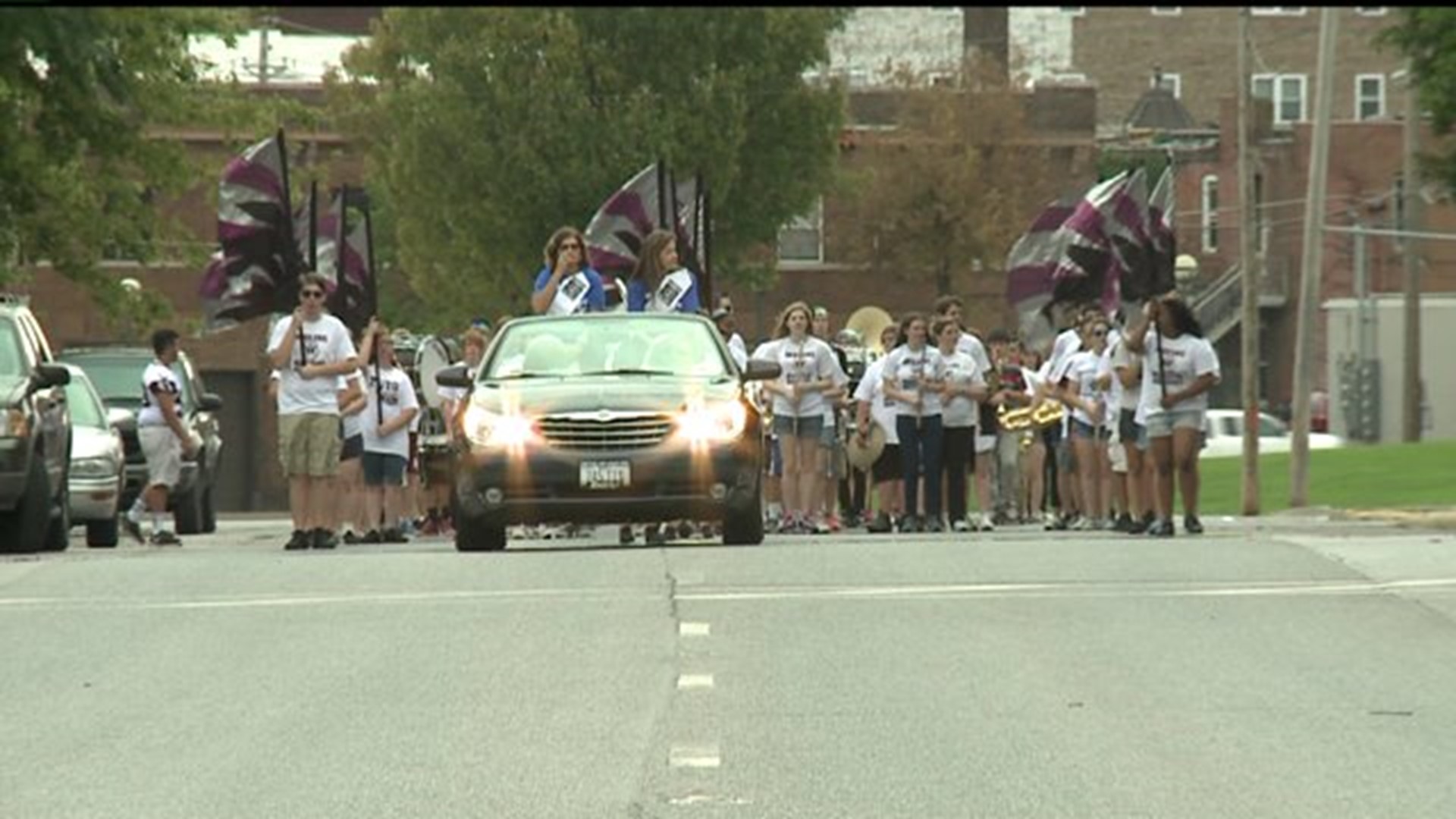 Like last year, the Moline High School band, Wilson Middle School band, and the John Deere Middle School band walked with students through the Floreciente neighborhood toward downtown Moline. The goal was to get more community support from parents to invest in their child's education.

In May of 2013, the school board voted to close down Ericsson and Garfield Elementary Schools after the 2014-2015 school year. During last year's parade, principal Juanita Terronez said that staff was staying positive even though the closure was coming up.

The district did not treat this year's parade differently than any other in years past. Friday's parade started at 9 a.m. at Ericsson. There was a rally inside the school, once it ended.