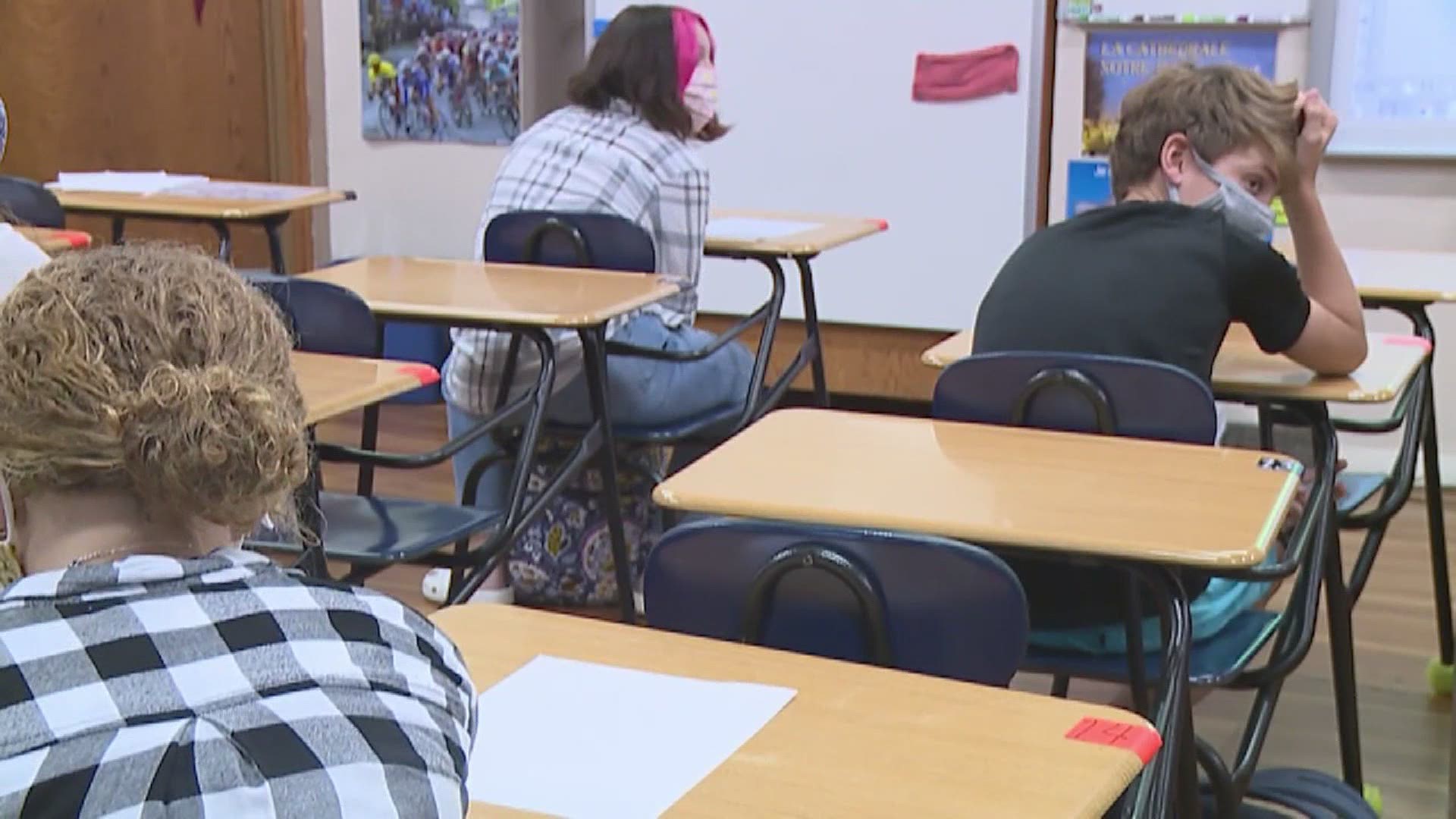 DAVENPORT, Iowa — Davenport City Council spoke their varying opinions on the Iowa School Choice Bill earlier tonight. The proposed education bill would create a school voucher program. The bill has passed through the Iowa state senate and is now headed for the House.

34 schools across the state have been identified as priority schools. All of them are considered under-performing or struggling. Four of those schools are in Davenport. They include Jefferson Elementary, Smart Intermediate, Williams Intermediate, and Mid City High.

Students at those four schools alongside the 30 other that qualify will be able to apply for $5,400 dollar vouchers to attend private school instead.

Davenport alderman Raymond Ambrose believes in the bill. He says it gives students the opportunity to receive the best education possible. “This allows some different options for parents who believe their schools are not teaching them what they should be taught.”

The bill would allocate some state funding to be able to send students who applied and received the vouchers to switch to private schooling.

Davenport alderman Marion Meginnis argues the bill will pull funding away from public education saying, “Public education in Iowa has a long history of excellence. I fear this will begin to erode that.”

Alderman Dohrmann agrees with the idea saying, “We need Davenport schools to be strong and growing in order for us to be successful. The thought that we would hinder them even more with having the voucher program that would have dollars go elsewhere; it’s one that is frightening and alarming.”

Desiree Bell has a seventh-grade son at Smart Intermediate. She sees the benefits of a private education. “I think he would like it. I think it’s more opportunities in a private school.”

Jessica Mace also has a daughter at Smart. She says it’s an idea she would definitely consider, but that there is much more to consider than just having tuition paid for. “Right now, all my kids are kind of in the same area for drop off and everything so that would be something to consider as well.” A private school could be further away, and cause problems with transportation.

Davenport alderman will vote next week on a resolution deciding whether or not they oppose or support the state school choice plan.