Iowa schools prep for 100% in person learning, North Scott shares how they've done it all along 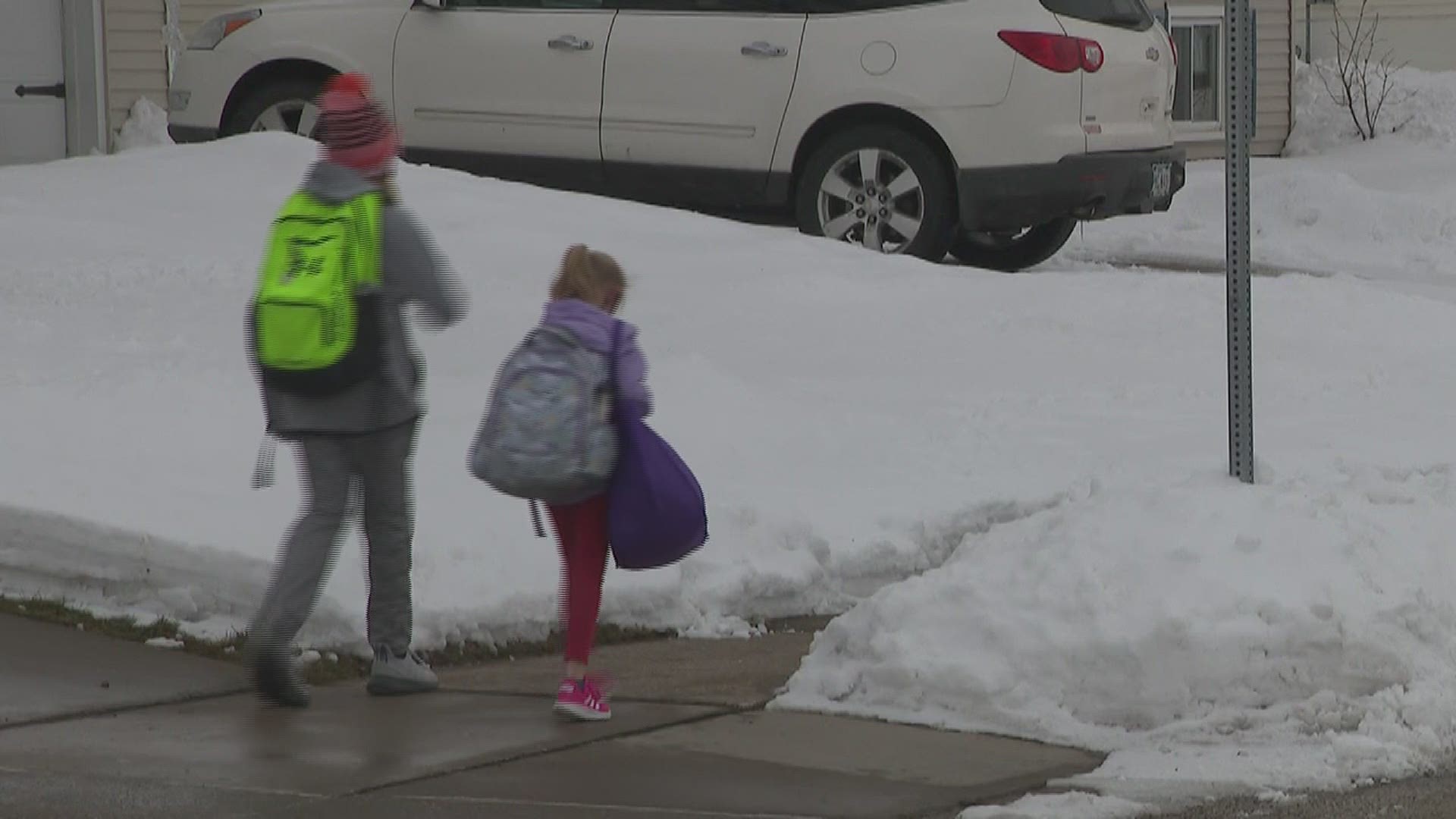 ELDRIDGE, Iowa — North Scott School District Superintendent Joe Stutting is thankful the district doesn’t have to adapt a learning plan for 100% in person learning. The district has instead been offering that option since the beginning of the school year in August.

Stutting says it’s been a learning process that has taken plenty of time to fine tune what works best saying, “We decided early on in the summer that the best education we could give to our kids is in a full time, not hybrid model.”

Students had either the option for full time in person learning or full time e-learning. The district has been changing and adjusting what works in full classrooms for the past seven months. Stutting says, “You’re using your gyms, your foyers, you use every space you can to spread out. We use our libraries for bigger classes.”

Most schools now have to figure out what North Scott has been working on for seven months in just two weeks. It comes after Governor Kim Reynolds signed a bill into law January 29th, 2021 that requires all schools to offer a 100% in person learning option. Davenport school district superintendent Ted Schneckloth says they’re working through survey results from parents and hope to give more information to families this week.

Schneckloth saying, “We are finalizing our survey results this morning, they were due on Friday afternoon. So those numbers will be looked at. We're discussing with our school board tonight, what does 100% face to face option look like. The information's coming out really fast and we're trying to deliver it as fast as possible to our students, families, and staff.”

North Scott superintendent Stutting saying the district does what it can to minimize interaction between big groups of students. “You make sure the same two or three kids that sit by each other in a regular classroom are the same ones at lunch, the same ones in music class, and it has to be the same in an area because otherwise two becomes four becomes eight cases.”

The district right now is at about 92% of students at full in person learning with roughly 8% of students learning fully from home.

Stutting says the secret to North Scott’s success isn’t the environment they created, but the support they have. “We have been blessed to have a school board, teachers, and parents that are focused on making sure kids are back full time.”

Stuting offers up one final piece of advice to districts now going through the change saying, “It’s only two weeks. That’s not a long time to rearrange schedules and stuff, so if I were in those districts, I’d ask parents to be patient.” Like everything else over the past year, it’s a learning curve.