The IDPH has declared the athletes as spectators, putting limitations on what they can do this season 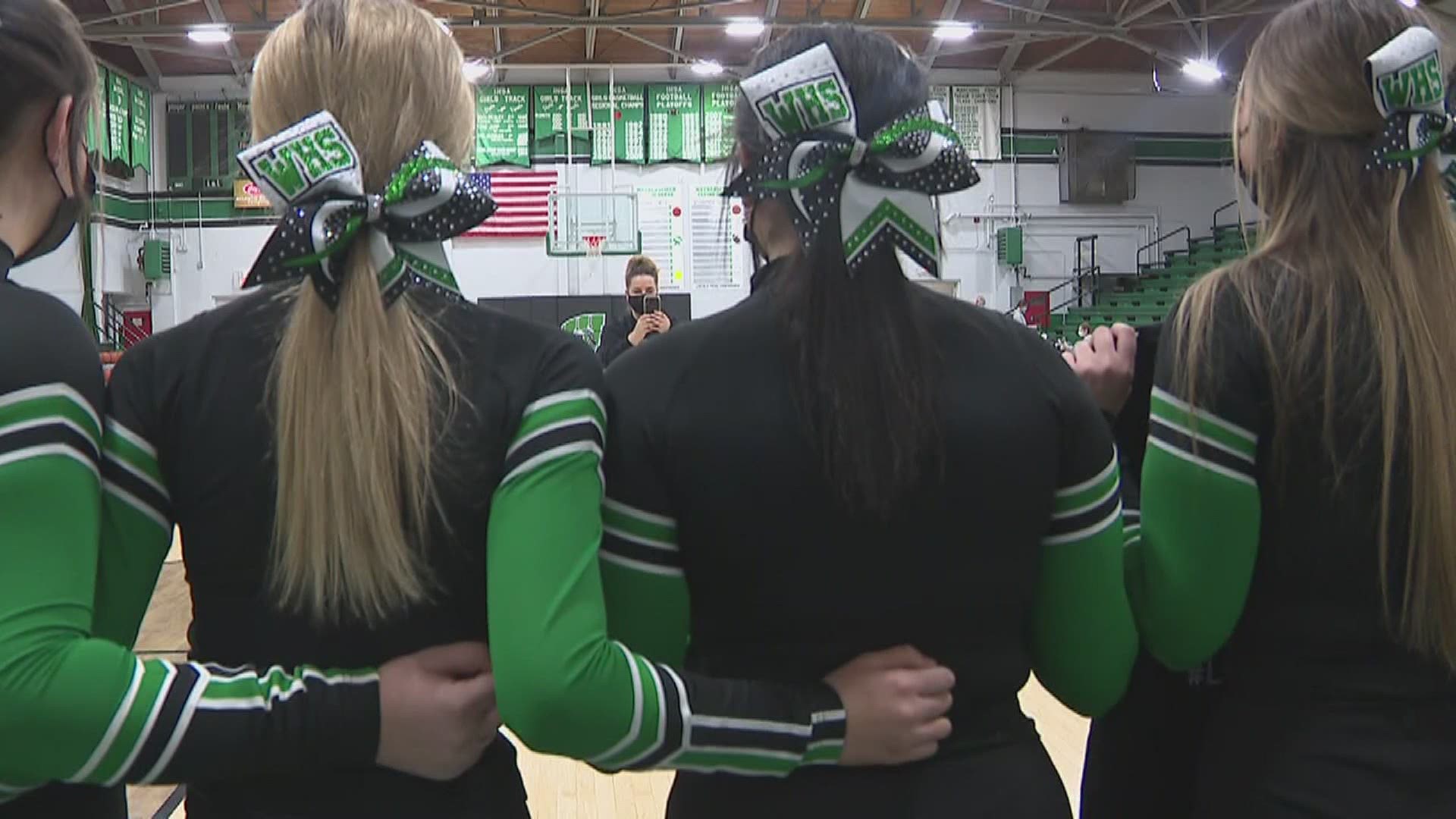 KEWANEE, Ill. — Due to new Illinois Department of Public Health guidelines, cheerleaders are being considered spectators instead of athletes.

It’s caused a lot of disappointment at Wethersfield High School in Kewanee, Illinois. There cheerleaders are taking action and defending their right to participate like other Illinois athletes.

Raquel Young is in her freshman season at Wethersfield High School. She says she was eager to participate in a new sport. Only now she won’t be seeing the sidelines until next year. Young saying, “I was really excited to put on a uniform. It made me feel insignificant as a cheerleader that they’re trying so hard for all these other sports to get to play and then we don’t get to.”

Sports like basketball are finally getting play time in certain parts of Illinois. Wethersfield cheer coach Becca Herridge told her team to do what they can to raise awareness of the issue. “The message that it sends is that we are now spectators. You're not important. You're just a girl in a skirt.”

Normally during a game cheerleaders are able to stand right under the basketball hoop. Now they must be standing 30 feet away from the court, sitting at the top of the bleachers. The team can’t stunt either. They’re also discouraged from chanting, yelling, and singing.

Spectator limits keep each athletes supporters to a minimum to a minimum as well. Since the cheerleaders aren't counting as athletes no one gets to watch them. It’s a sad fact for senior Kayleigh Anderson. She says, “The players are getting parents to come and that's great, but my mom has always been a big cheerleading person and she can't come watch me my final year.”

Despite IDPH counting Anderson’s senior season out, she’s not ready to give up just yet. She’s started a petition on change.org. It’s gained nearly 5,000 signatures of support for the sport. It’s asking IDPH to reconsider it’s guidelines and allow the teams back onto the sidelines.

Anderson saying, “We follow any other guideline that any other sport has to follow so how are you going to tell us that we’re not one.” The petition is a call to #backthebow.

Coach Herridge saying this decision is on that will set a precedent for years to come. She wants everyone to know that these girls are not spectators. “I love it when I'm sitting in this gym and I see a five year old little girl and she knows every word to these cheers. That's the best feeling.”