Since the students can't play on instruments right now, out of pandemic concerns, this music teacher figured out a way to give them each their own recorder. 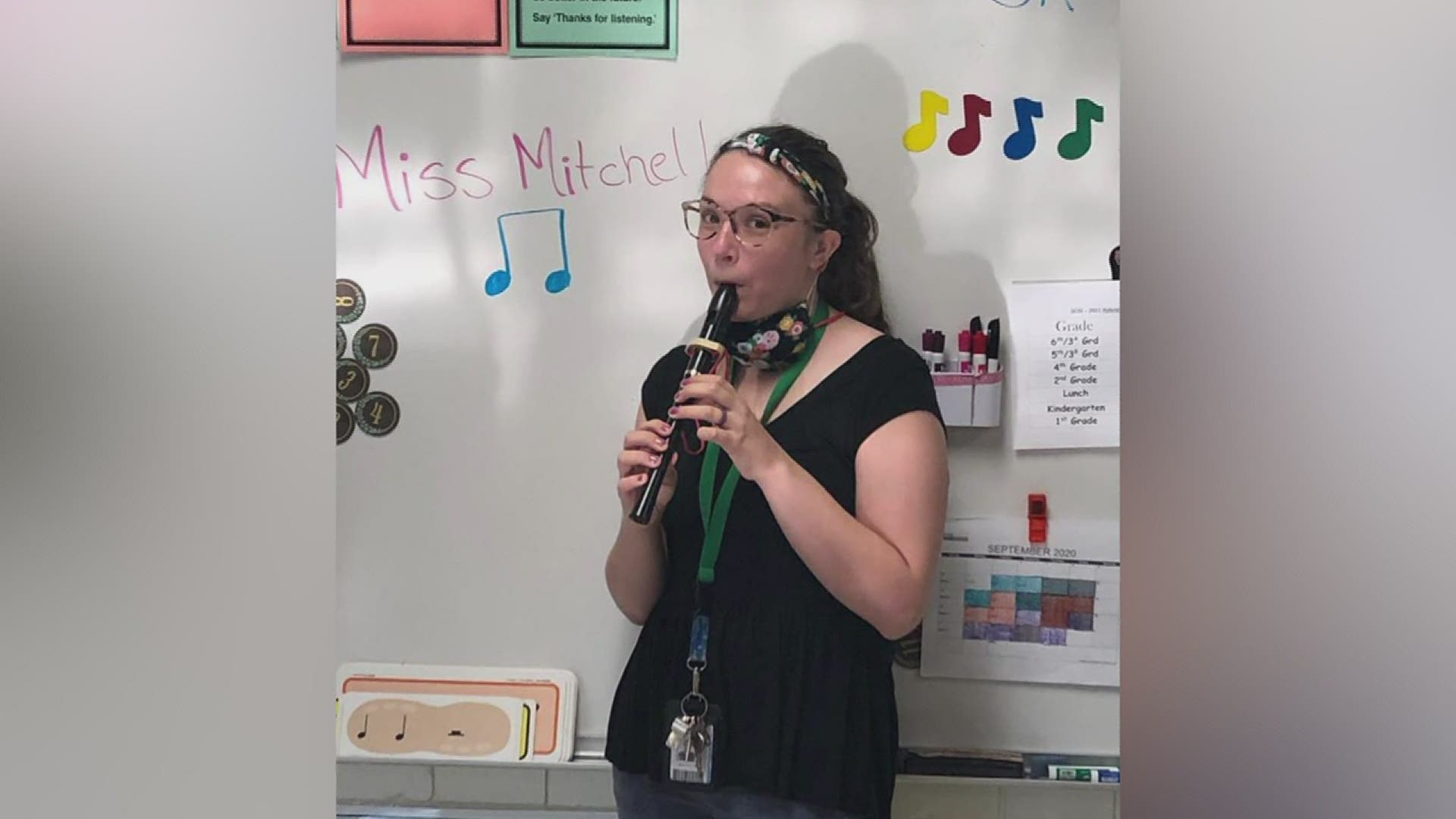 DAVENPORT, Iowa — When COVID-19 hit, a lot changed for the students at Jackson Elementary School in Davenport. And now, they can add take-home instruments to that list.

Annie Huston is a music teacher at Jackson Elementary.  She said once the pandemic hit, and students switched to hybrid learning, she wanted to make sure her kids still got their dose of music.

Over the summer, she was at a tech boot camp, and learned about the website DonorsChoose - a nonprofit where teachers can post requests for classroom project funding, and then donors can choose who their money goes toward.

"I was inspired to do it in the lesson and I just made one for recorders," she said.

Huston said she'd gotten drums and ukuleles for her elementary students, but always wanted to get them recorders to play.

However, COVID-19 made things difficult. The kids would each need their own, for health reasons, and they wouldn't be able to play them at school, since playing would require them to remove their masks.

But all those problems were solved when she raised $500 through DonorsChoose - enough to purchase 250 recorders: one for each of her fourth, fifth and sixth graders.

They each got to take one home at the end of September, and Huston says they've already learned nearly three songs. The students watch YouTube videos, as well as recorded videos from Huston. Then, they record themselves playing and send the videos back to her.

Credit: Davenport Community Schools Facebook
Annie Huston posing with a recorder, like one of the 250 she purchased for her students.

At the end of the year the recorders will be returned to Huston, who will clean them all and then prepare them for the next year's kids.

While some kids were sad they couldn't play with their friends, Huston said there are some perks to playing at home.

"Learning to play an instrument, you might be kind of shy at first," she said. "So they can really work on it on their own, without anybody hearing their squeaks or them missing notes. And hopefully by the time we're all back together they'll sound a little bit better than they did the first few weeks."

Huston is hopeful that by springtime, the kids will be able to bring their recorders back to school and play together. Until then, they'll keep playing at home. And, so far, Huston says she hasn't gotten a single parent complaint yet... although she said a few students aren't allowed to play inside the house.

But she's hopeful they'll be much better by the time winter rolls around.