After a four-month long investigation, a woman in Moline is being charged with first-degree murder for the November 2020 death of her disabled teenage son. 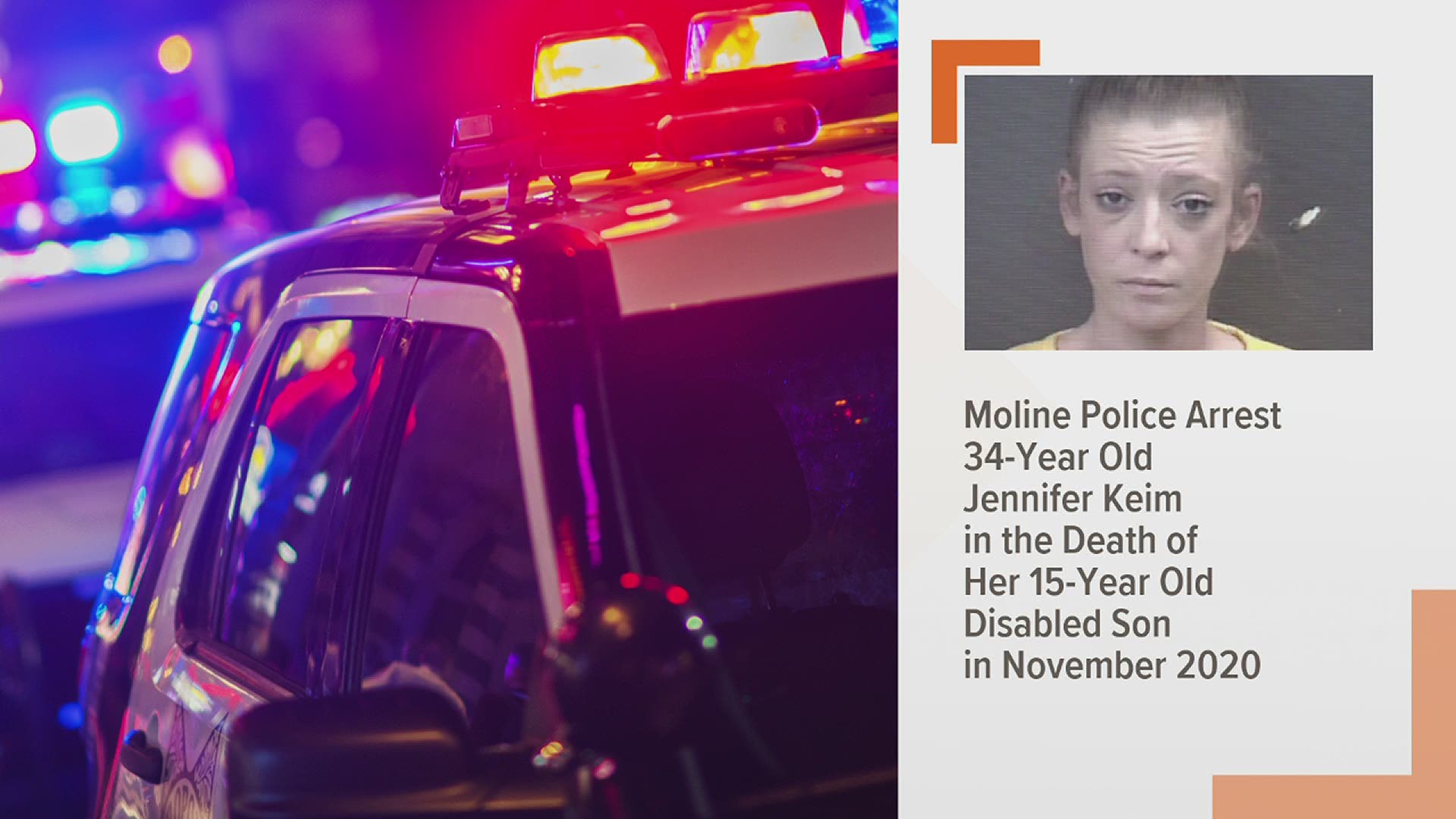 MOLINE, Ill. — Update: A second person has been arrested in connection with the 15-year-old's death. Find new details here

A woman in Moline is being charged with murder in the November death of her disabled teenage son.

Police say the Moline Fire Department took the "severely disabled" 15-year-old to the hospital for emergency care. Hospital staff found he was "extremely dehydrated, emaciated and had severe open wounds that had not been properly healed," the statement said. He later died at the hospital.

Keim is facing first-degree murder charges and is being held at the Rock Island County Jail on a $2 million bond.