Two people have been arrested in connection with the death of a 15-year-old boy who had disabilities. 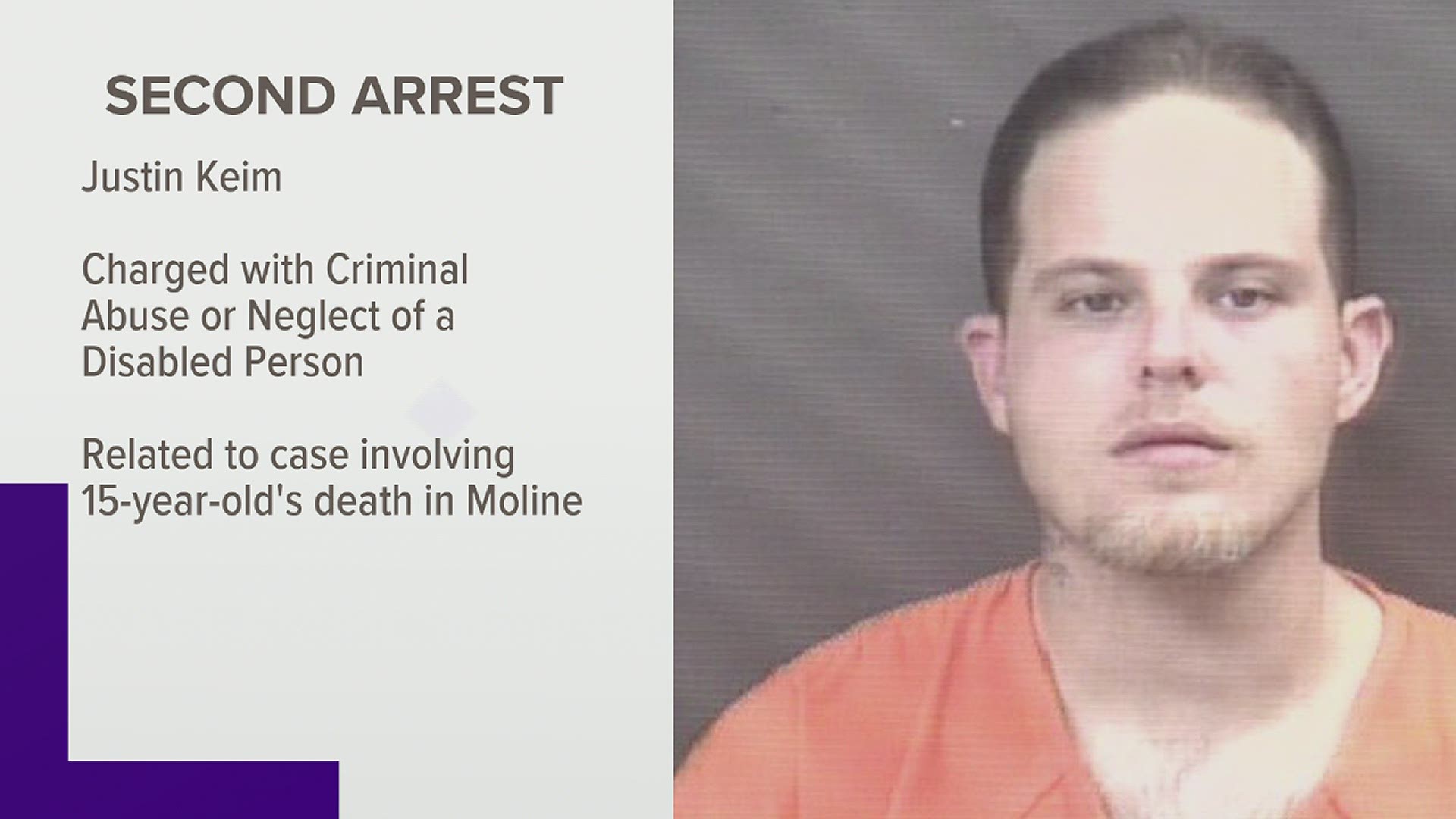 MOLINE, Ill. — Two people have been arrested in connection with the death of a 15-year-old boy who had disabilities.

According to the Moline Police Department 32-year-old Justin M. Keim from Moline has been charged with criminal abuse or neglect of a disabled person. He was taken into custody on Tuesday, March 23.

Police say the Moline Fire Department took the "severely disabled" 15-year-old to the hospital for emergency care back on November 3, 2020. Hospital staff found he was "extremely dehydrated, emaciated and had severe open wounds that had not been properly treated," the statement said. He later died at the hospital.