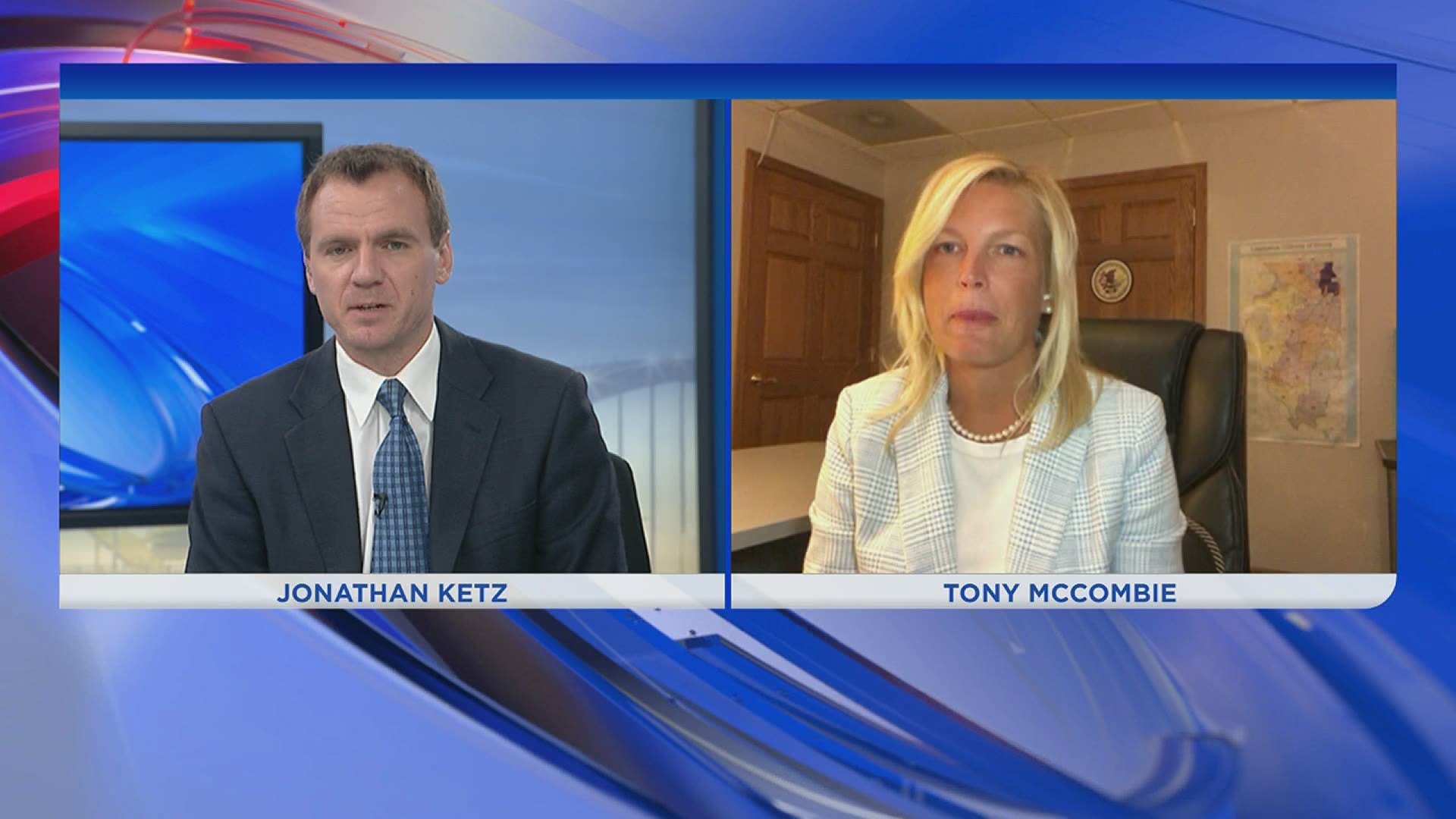 The republican state house representative is running for re-election in November and trying to win her third term in Illinois' 71st district. Two years ago, she was challenged by democratic candidate Joan Padilla, and she'll be challenged by Padilla again this November as well. We interviewed Padilla Wednesday, September 2nd.

With McCombie, we discussed why she's running again, a golf outing she had in July, the coronavirus and how its impacting her life and her constituents lives. As of August 26th, Illinois customers must wear face masks as they walk to their table at a restaurant, and they must keep them on when interacting with servers, both inside and out. McCombie says Governor J.B. Pritzker put in the mandate on his own.

"I don't know why he is when he could have us help him carry the water, help make decisions," she said Wednesday, referencing the governor's mandate. "We're here in our districts. We know what people are saying. We know how people live. He's not out here seeing that."

McCombie would like people to be able to make the decision to wear or not wear a mask on their own. She says people need to be in control of their own lives without putting the public at risk.

"As long as you're following the CDC prevention guidelines, washing your hands, which I think is the most important thing, wearing your face covering when you can't meet that social distancing and most importantly, stay home if you're sick, and people just aren't doing that," she said.