The updated maps redraw districts statewide based on 2020 census data. 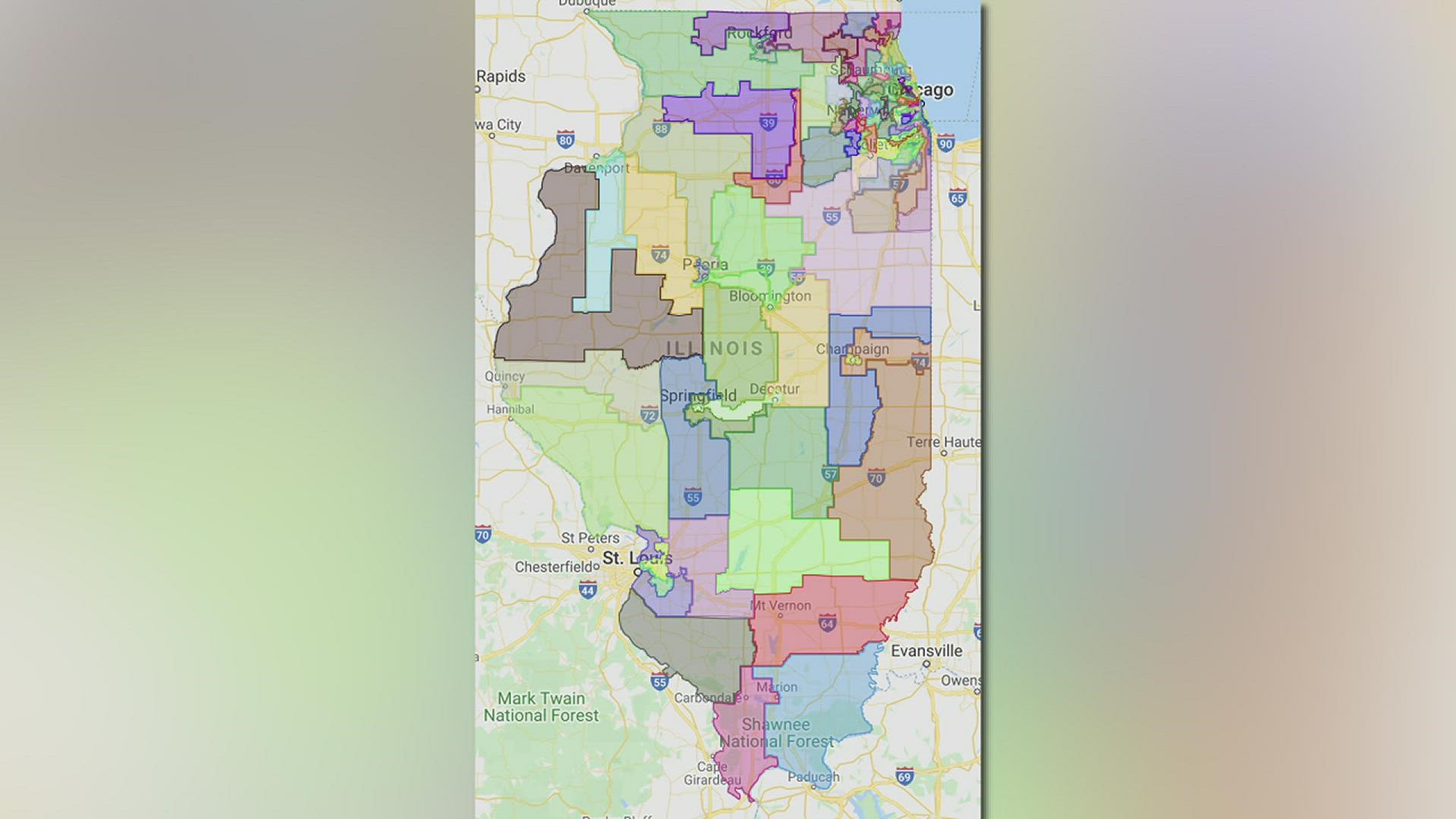 Lawmakers on Tuesday approved the maps that were a do-over from legislative maps that majority Democrats approved and Gov. J.B. Pritzker signed earlier this year in May. There is currently a lawsuit claiming those maps are unconstitutional because they were based on population estimates from the American Community Survey instead of the 2020 census. The maps approved Tuesday are based on census data.

Throughout the process, Republicans have said Democrats redrew the lines to benefit themselves and keep Democrats in control of the House and Senate.

Rep. Tony McCombie, a Republican from Savanna, said she questions the integrity of the process.

"The resolution that came before the map was actually quite honest and stated in in that it was some district were designed because of pairing Democrat incumbents for political advantage," she said. "However, on the floor, they would repeatedly say that this is not political; it is the best indicator of the demographics of each of the districts."

One of the cities McCombie represents in District 71 is Morrison. In the new map, Morrison will be split between District 73 and 74, with the line drawn through a neighborhood street. Houses on either side of the street will have different representatives.

"That makes no sense whatsoever," McCombie said. "Why not use Route 78 as a line? ... Or why not use the county lines? It's just really, it's really a mess."

She said this is a theme throughout the whole map. Districts are supposed to be drawn so there is an equal population in each one. There cannot be more than a 10% population difference in each district from the lowest populated community to the highest populated, according to McCombie. However, she said the lines are supposed to make geographical sense as well, and she believes these ones don't.

"This does not make any geographic sense," McCombie said. "A lot of different communities are tore up."

Whiteside County Board Chairman Jim Duffy said he doesn't understand why Morrison and the county are split into two districts, but that it's nothing new. He recalled maps from past years that had Sterling in three different legislative districts.

"I'm always concerned when they split the county between districts; I think that, in some respects, diminishes our influence with the legislature," Duffy said. "But on the other hand, if the county is split in half, then we'll have two people that cover part of the county, so maybe that will be advantageous to us to have two people in Springfield covering portions of Whiteside county."

State lawmakers have been debating the redistricting process for a year. Democrats say they held statewide meetings and gathered input from a wide range of people, but Republicans say it still boiled down to politics.

"When you split communities in half, when you split counties, in some cases by four ways, it absolutely continues that distrust of government," McCombie said. "It makes us all feel that our voices don't matter."

She is calling for an independent, nonpartisan commission to draw the district lines, such as how it's done in Iowa and California.

The new legislative maps keep the Quad Cities in one legislative district with Southern Rock Island County in another district that stretches south to Galesburg and continues all the way to Macomb.

McCombie would now be considered part of the 89th District with her hometown in Savanna.

State lawmakers have not yet voted on new congressional district boundaries, but with Illinois losing a congressional seat due to population loss, they are expected to eliminate a GOP-held district.