The explosion was reported around 7 p.m. Thursday, May 6. 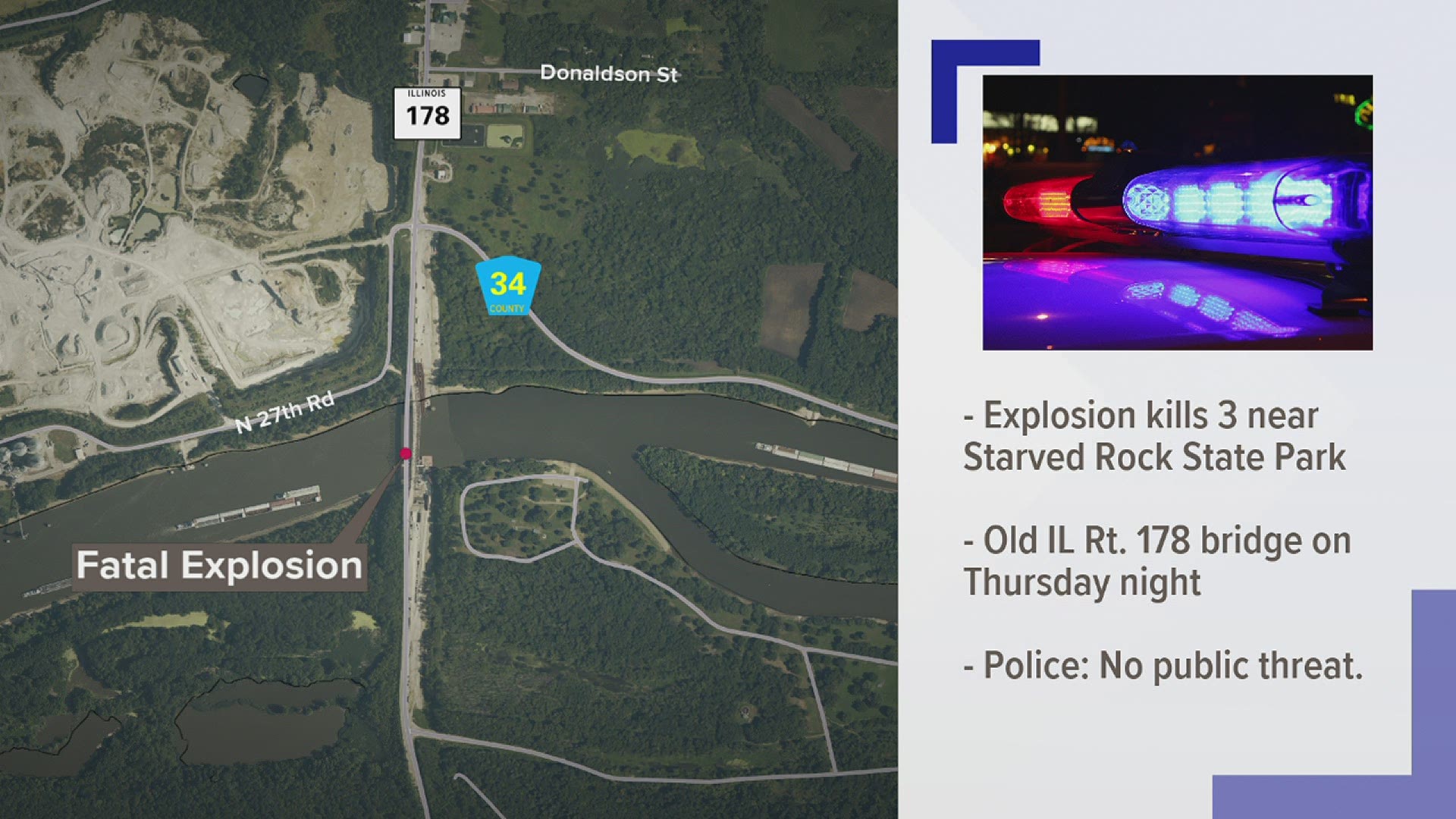 UTICA, Ill. — Three people died after an "unknown explosion" was reported north of Starved Rock State Park.  According to the Illinois State Police Department, the explosion happened around 7 p.m. Thursday, May 6 at the Illinois Route 178 Bridge over the Illinois River.

According to the Associated Press, the three people who died were male. LaSalle County Coroner Rich Ploch says the three died from injuries they received in the explosion, which had ignited from a "black powder substance."

Black powder was the original gunpowder and can be used to make fireworks.

Ploch said the explosion was likely an accident and wasn't linked to criminal activity, according to a report by WSPY News.

Autopsies are pending and authorities have not yet identified the names of those who died.

"This is an isolated incident and there is no concern for public safety at this time," said a statement from the Illinois State Police Department.

If you have any information about the incident, you're asked to call the Illinois State Police Division of Criminal Investigation at 815-726-6377.

Several agencies responded to the scene, including the Utica Police and Fire Departments, the Kane County Bomb Squad, the FBI, the Illinois State Police, the Illinois DNR, and the LaSalle County Coroner.