The prison's union says they are so understaffed they need other workers to fill in as correctional officers, creating a work environment they call "abusive." 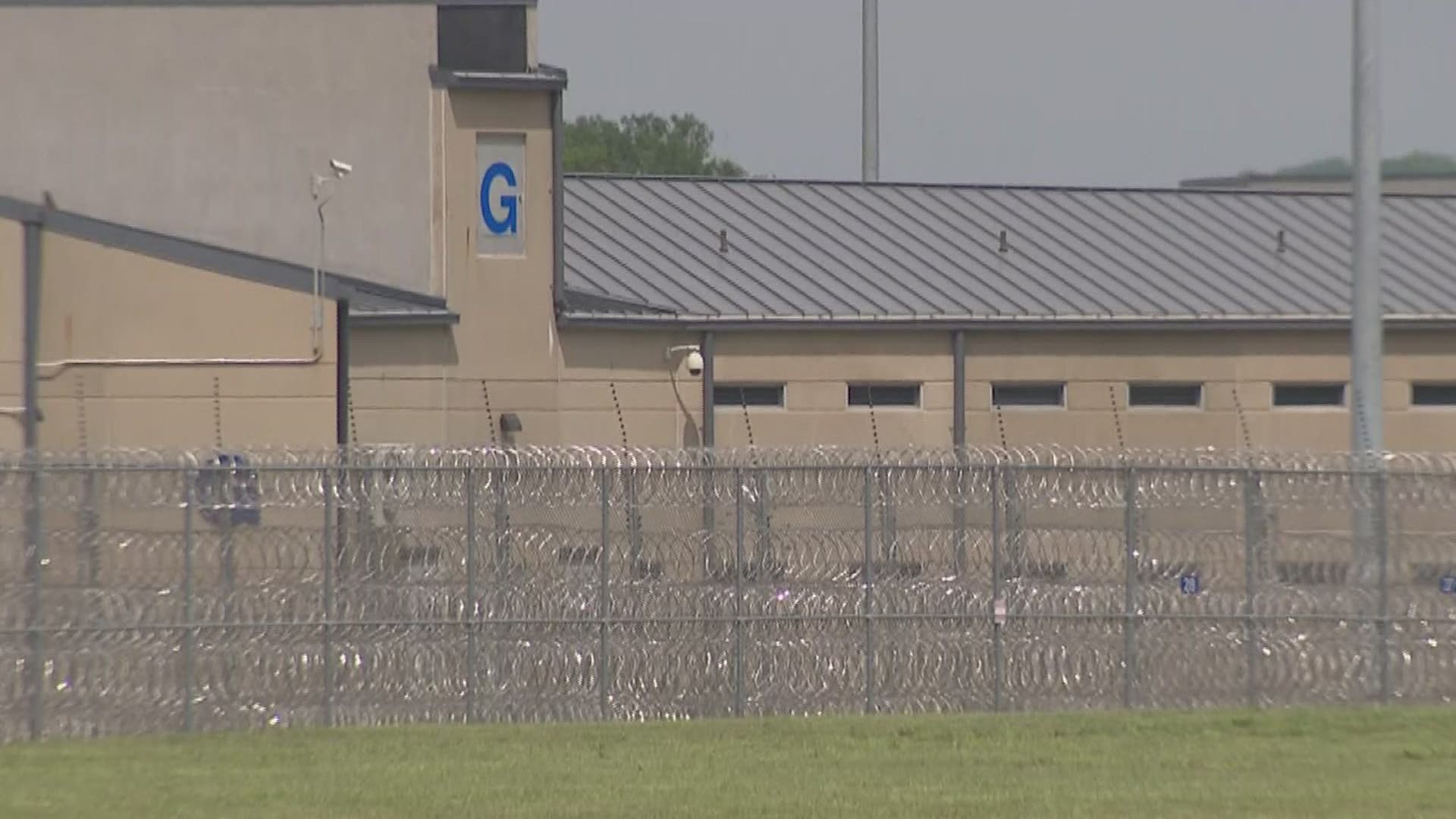 THOMSON, Ill. — It's a situation the staff union at the United States Penitentiary, Thomson, is calling "abusive." The prison is, by some accounts, the most understaffed federal jail in the country. It's not a new problem for the facility, but it is getting worse.

Now, AFGE Local 4070, the union for Thomson's staff, says things are so desperate, the prison is forcing other workers to fill in as correctional officers. That means pulling nurses, case managers, psychologists, counselors, cooks and more away from their jobs.

"This has been an issue since we opened. We have, right now, 110 vacancies in our correctional services, which is our custody, which is our officers," said Jon Zumkehr, president of the union.

According to a letter to Michael Carvajal, the director of the Federal Bureau of Prisons, Illinois Congresswoman Cheri Bustos (D), Senator Dick Durbin (D), and Senator Tammy Duckworth (D) said USP Thomson is authorized to employ 602 employees. Currently, the prison only has 459 workers.

Part of the letter reads, "The high number of unstaffed positions has led to a number of troubling issues at USP Thomson, including significant overtime and reliance on augmentation."

RELATED: Ingredients for an explosive device found at Iowa prison

According to the union, USP Thomson has been authorizing over 2,000 overtime shifts every month, just to keep up with daily prison functions. And one of the largest problems is the issue of augmentation. That's where a worker who is not a correctional officer is pulled to be one for the day.

The union has written their own letter to the bureau, stating, "Maximum use of augmentation is used daily just to effectuate basic inmate needs such as showers and recreation. The abusive levels of augmentation at USP Thomson some days we augment over 60 staff per day."

To Zumkehr, that causes issues on several fronts.

He argues that while the staff are all willing to help out and fill gaps where needed, the stress of constantly doing such is taking a toll on morale and mental health. That, combined with pay that he says isn't competitive enough for the area, means many don't stick around for very long.

"We're not competitive. When I transferred to USP Thomson, I took an $8,000 pay cut. Our biggest fear right now is retaining the staff that we currently have. We're doing everything we can to hire staff, but we're not gonna keep them if we don't address the retention issue."

On average, correctional officers at Thomson only stay for about 18 months before quitting. Zumkehr says the prison hosts job fairs once a month and hires about 10 people every time. But in the last 10 day, he says at least seven people have quit - most citing a lack of pay as the reason.

But it goes even further, according to Zumkehr. He says a lack of housing in the Thomson area, as well as child care and schools make it hard for some to move to the area and begin work as a guard.

For the past few months the Federal Bureau of Prisons has had a self-imposed transferring freeze. Zumkehr says the second that's lifted, he believes Thomson will lose 40-50 staff members who already want to transfer to a different prison.

In the union's letter, the issue of low morale is brought up as, "Reflective of the abusive levels of OT/mandatory OT which leads to correctional fatigue and exhaustion. Fatigue and exhaustion lead to reduced productivity, decreased cognitive processes, problem solving, concentration, and reasoning adn an increase in sick leave."

It goes on to say, "Employee turnover/retention are a direct result of the staffing crisis and conditions that most employees deem unbearable. 18 months appears to be the limit of tolerance."

Further down, the letter says the high turnover and lack of staff also means there's little seniority and experience amongst staff. In some floor units, the most senior officers have only been with Thomson for two or three months.

"This is a two year issue we've been having and it's like they're taking a fire hose to a brush fire and expecting to put the fire out. We need help," said Zumkehr.

Having staff augmented to work as guards mean they won't be able to complete their original job for the day, often times meaning inmates don't have access to that service.

"You're taking a counselor out of his unit that's supposed to provide basic functions to the inmates," said Zumkehr. "You have your psychologists, you have your drug treatment specialists, you have your nurses, you have your medical technicians, you have your case managers, counselors and maintenance workers. I mean... we have a job to do here. So when you take that away and they're just not performing your job, I mean there's a missing element there."

One area he's noticed extreme problems in is inmate case management. If managers are pulled away to augment, any legal phone calls or meetings between inmates and their lawyers all have to be delayed.

"In addition, since the start of 2020, there have been five inmate deaths from fights or suicides that may have been prevented with additional staff," says the letter penned by the Illinois politicians.

To help solve some of these problems, Thomson's union is asking for higher pay and a 25% retention bonus to be given to staff who perform well and stay with the prison for a specified amount of time.

Bustos, Durbin and Duckworth all support their efforts, but over the past several years of asking, the union says nothing has gotten done.

"The root cause is the Bureau of Prison's director, Michael Carvajal, has taken a measured approach at this," alleges Zumkehr. "All he has to do is request the retention bonus to the Office of Personnel Management and that's it. But he hasn't."

Thomson will host their next job fair on Saturday, June 5th, but Zumkehr says until the larger issues are fixed, more job campaigning won't fix the prison's issues.

"If they don't do anything this cycle will never end," he said. "You have so many issues here that comes from the cycle where we just want to have the amount of staff that we're authorized. And we've shown that we can't bring the staff here, so we need incentives to do that."