Illinois has the most lead water service pipes in the country... for now. A new law will change that eventually, but Moline is slowly beginning construction. 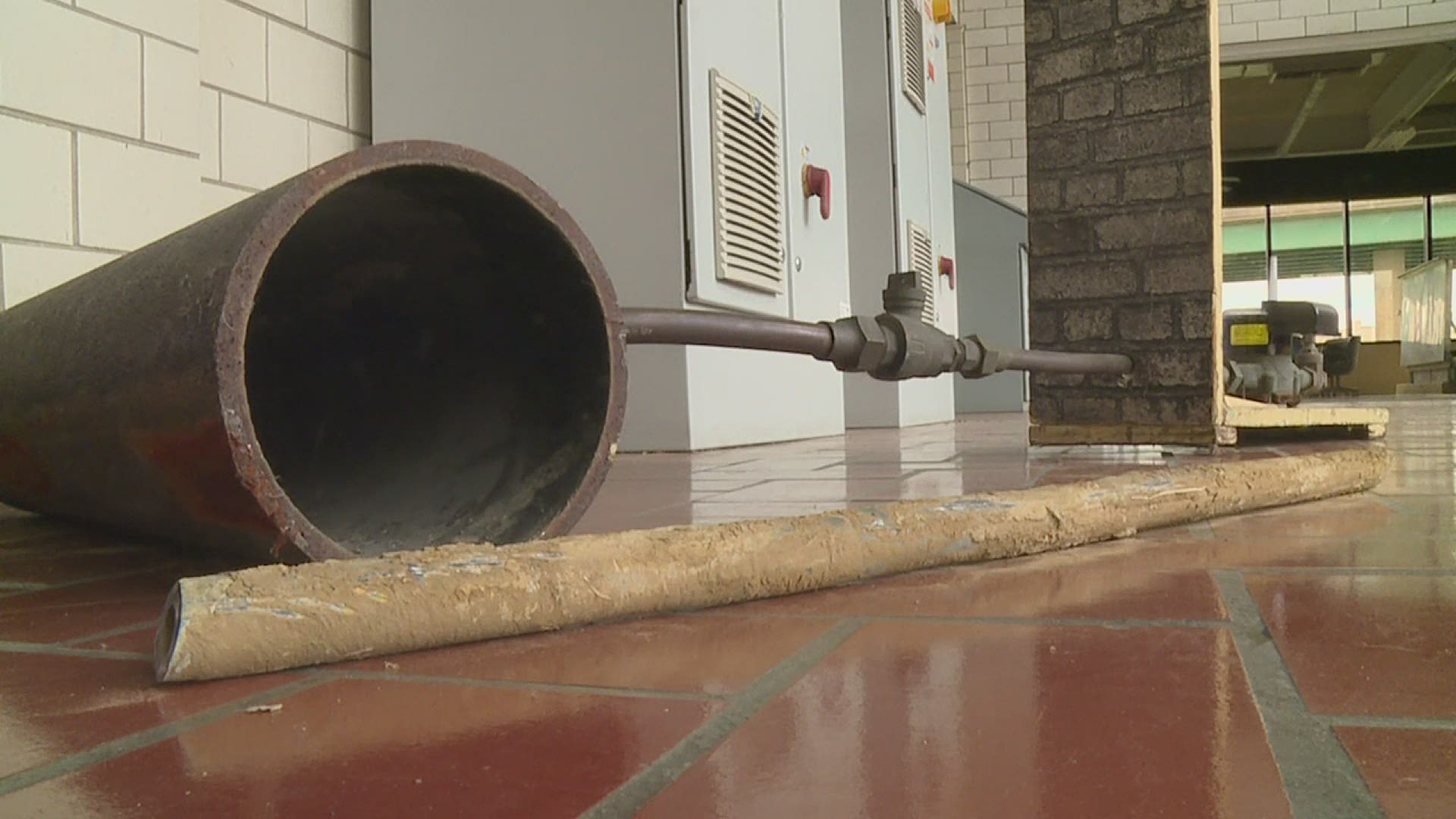 MOLINE, Ill. — Big changes are in Moline's water future, thanks to a new law on its way to Governor J.B. Pritzker's desk. HB 3739 was passed by the state's House and Senate last month and will require every municipality to replace their lead water service pipes.

Illinois currently leads the country in the amount of lead service pipes it still uses. Those are the pipes running from the water main, in the middle of the street, to each individual house.

While lead was the most common product used for decades, it was banned from service line use by Congress back in 1986, since lead was found to be leaking into the water, causing illness. However, most of the lines installed before then were never replaced. In Illinois, 686,000 lead water pipes are estimated to still be in use today - nearly an eighth of all such pipes in the country.

"It was important to pass this bill years ago, really," said State Representative Mike Halpin (D). "We know that this has been a constant problem and a growing problem throughout the state."

The bill has not specified a time frame for when cities and towns would need to have their pipes replaced by, nor does it officially explain where any funding should come from, although it does make it clear that municipalities can pay for it through their regular taxing authority.

Right now the state has an advisory board looking at possible revenue streams, including President Biden's proposed infrastructure plan and both state and local American Rescue Plan funding.

"The biggest issue that we face locally is obviously many of our communities don't have the funds at hand to undertake the scope of what they're gonna need to do," said Halpin. "So my conversation with colleagues is to make sure that we're, first of all not cutting municipal funding elsewhere and making that job even harder. But also not requiring specific mandates for when this needs to when the actual project needs to be done, because I do think that's going to stretch our city's finances to even more of a breaking point."

But in Moline, the work to begin replacing the lead pipes will begin summer 2021. The city has about 17,000 water service pipes in total, and estimates around 5,000 will need to be replaced.

"Here at the water utility, we don't get any tax money to operate," said Moline Director of Utilities, Tony Loete. "All of the money that comes in to operate the treatment plant, and the pumping and storage and maintenance of the distribution system is done with utility fees - the fees that our customers pay through their utility bill."

It's through those fees that the department set aside $144,000 to begin the work of replacing the city's pipes. That will take care of only 35 houses this summer - all on the 900 to 1200 block of 29th street. That section of town was chosen because of pre-planned street work, meaning the city didn't have to pay to tear up the road for the pipe replacement, it was already scheduled and budgeted for.

The city does have a silver lining in this, since it owns the entire service line, from the water main in the street, to where it enters a house. In most communities, including Rock Island and East Moline, the city only owns from the main up until the edge of the property line. That's going to cause problems in the future, since the new bill requires the entire line to be replaced. Not doing so would actually cause even more lead to seep into the water, creating an even more dangerous situation.

Loete estimates that eventually the state will mandate this work be done in the next decade or so. To accomplish all of those replacements in that time frame will take an enormous amount of time, effort and money. He guesses the lowest it could cost Moline alone would be $10 million. Putting that into perspective, the city's entire utility department has an annual budget of $9 million for all day-to-day operations, maintenance, repairs, salaries and more.

"It's very daunting," said Loete. "But it's important for us to take a bite. My old boss used to say 'You don't eat an elephant in one setting, you eat an elephant one bite at a time.' And that's what this is. This is an elephant that we need. We're taking a small bite, and then this will help us to formulate future plans."

He did repeatedly state that Moline's drinking water is clean and safe to use right now, and there's no reason to panic over lead in the city's water.

RELATED: The race is on in Mercer County, where Viola's new go kart track has kicked off their summer season

"I'm confident as the steward of the water system here in Moline," he said. "I conclude that that the water is perfectly safe, and there is no threat of lead contamination due from these water services."

When water is treated in Moline it goes through a process involving ultraviolet light, chlorine, physical contamination removal and more.

"All of those barriers that we’re putting in place, up until recently were considered good enough. And this removal of these lead service lines is another barrier that we're that we're removing," said Loete.

Instead of a reactionary response, he said the state's work to replace the pipes now is a preventative one. Part of the reason why they're concerned things might get worse in the future has to do with the warming of the Mississippi River, where Moline gets its drinking water from.

"Whether or not you believe in climate change, we're seeing a warming of the river. Over the last number of years, we've seen ambient temperatures higher than we have in the past. And that leads to more algae blooms and other issues that we have to deal with here at the treatment plant," said Loete. When their purification process has to shift to keep up with those issues, it can cause more corrosion on lead pipes specifically.

Even though it's not a problem for Moline citizens right now, Loete says it is something that needs to be taken care of, to prevent illness and possible death in the future. He says it's something that's going to take a lot of money and may not be incredibly popular, since people can't physically see the pipes in question, but it's something that can be looked at as an investment.

"When you can't see that water pipe that's buried under the city street, you just assume that everything's okay. And that that lead pipe that's been carrying the water for decades is going to be good for the next five decades," he stated. "I think we should look at this as an investment not just in the water system, but also an investment the individual properties throughout the community. These, you know, in the same way that a home that was built in the 1930s might need up you know, more updates than a home that was built in the 1990s."

This summer's replacements will be the first time the city is contracting out the work, due to the sheer scale of 35 properties. Normally the city works on one or two at a time. They say they'll use this year's work to gauge how effective contracting is, and how much one individual contractor can handle, as they prepare to ramp up this process - across the state - over the next decade.

A new law in Illinois will require all of the state's lead water pipes to be replaced. In Moline, that would mean... 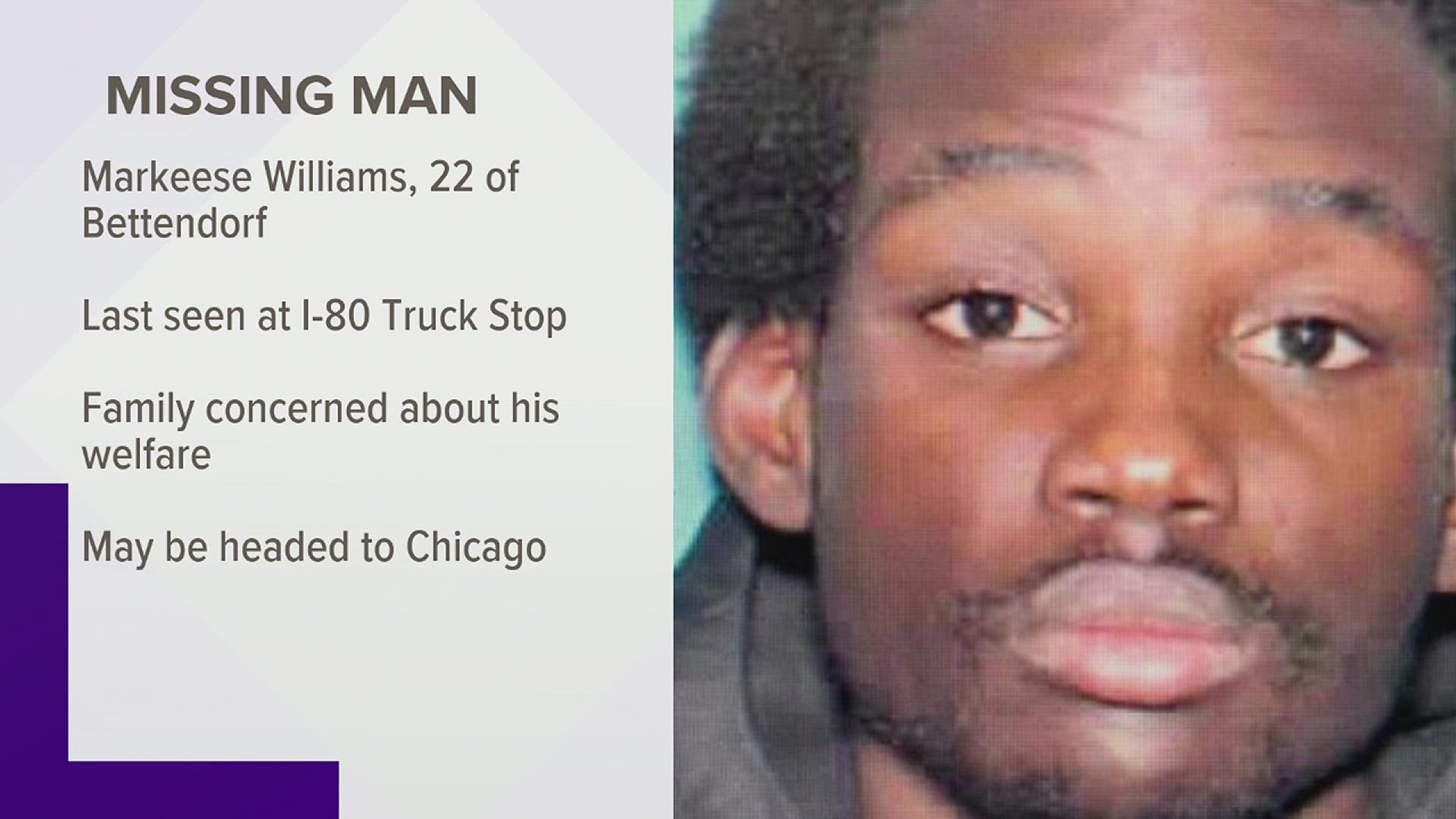