The program is meant to give first-time, non-violent offenders a second chance, and a way to stay out of juvenile detention. In two years, 17 kids have graduated. 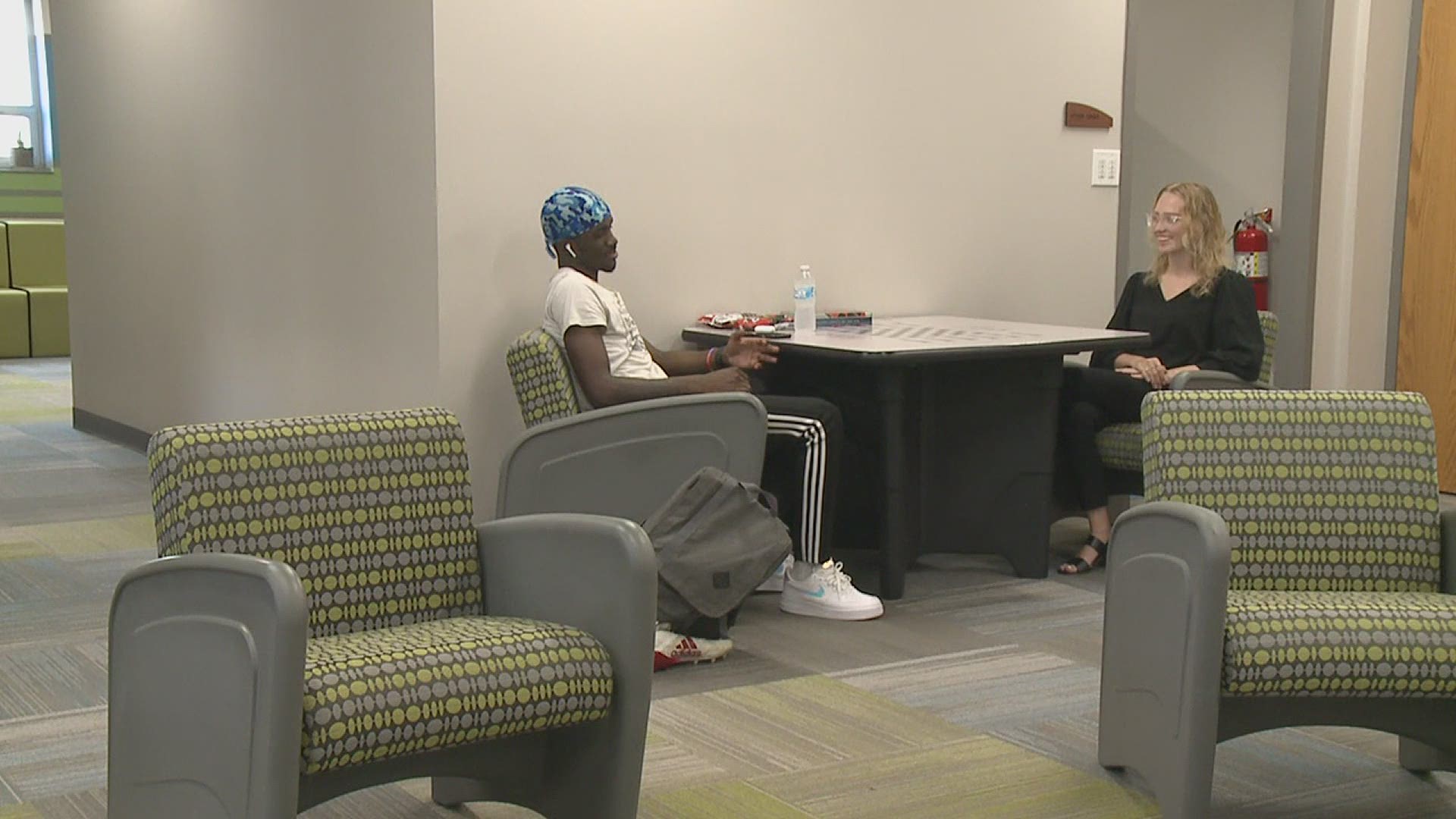 DAVENPORT, Iowa — It's been two years since the Scott County Juvenile Detention Center began their Auto Theft Accountability Program. In that time, the program has seen an expansion, a several-month shutdown due to Covid-19, the creation of a critical new position, and a rise in graduates.

The program offers a second chance for  non-violent, first time offenders. That can include juveniles brought in for stolen cars, property theft, and vandalism. The teens are offered a choice: either complete the months-long program and face their victims in a sit down mediation, or go to juvenile detention.

Over the past two years, 40 teenagers have qualified for the program and been referred to the center. Within 48 hours of referral, the Scott County Juvenile Center has to make contact with the teen or their family.

To-date, 26 teens have agreed to restorative community conferences, where they sit down with center officials, parents or guardians, police officers, and their victims - all to discuss the impacts of their crime. Of those 26, 17 youths have completed the mediations and months of restorative work to successfully graduate.

And that 70% completion rate is likely to go up in the next few months, as the center works to bring three more active cases to graduation.

But if you think 17 youths completing a program over the past two years isn't a very high number, Jeremy Kaiser, Juvenile Detention Center Director, would beg to differ.

"It's actually more successful than I thought it would be," he said with a laugh. "I mean, of course I wanted it to do really well but you never really know going into a brand new program of this type in the area. No one else is operating anything like this around here that I'm aware of."

He says a variety of challenges have prevented the center from achieving an even higher graduation rate, including inadequate funding, complicated scheduling, bureaucratic backlog, and an unwillingness from some teens to come to the table.

"Our first year that we did, it was a real struggle to get the offenders to the table to actually trust the program," said Kaiser. "And trying to get all the other people together at one time can be difficult."

He said sometimes it can be months between when a teen is charged with their first offense and when they work their way through the referral process to finally come to the center's program. In that time, Kaiser's seen plenty of kids offend again, making them ineligible for the program.

And when Covid-19 shut down much of the world last year, he said open conferences had to also be paused, leading to a stretch of inactivity.

But after their first year of operation the program brought on a youth advocate, a giant of a man named Keith decked out in tattoos - someone who's not only there to look cool for area kids, but able to dedicate his days to tracking down potential candidates, developing relationships with them, and bringing them into the program with more trust and stability.

The second year also saw an expansion, with the center accepting more than just car thieves into the conferences.

And the program did see a one-person increase in their graduation rate during the second year, even with a shorter 'open' span to work in.

Now, the center is hoping that momentum can carry into the third year, to not only cut down on property theft in the area, but to keep local kids out of detention centers and jails.

Davenport junior, Jamae Cross, graduated from the program in November of 2020. Shy around adults, Cross has a tattoo for his mom on his arm, and hopes to play football in college. The day we met him, he was on his way to work after school, with plans to play video games that night - a seemingly normal day for a teenager.

But one decision could have thrown all of that out the window.

Last year, Cross was caught, on camera, stealing money from his job. Because it was his first offense, he was recommended for the Auto Theft Accountability Program. He says it was difficult and awkward to recount his story to so many people, and especially hated how the entire conference would turn to look at him so often.

But he does believe it made a difference, saying he stays out of trouble now.

"It's a good program. It helped me out very well," said Cross.

Still, he says it's a choice every program attendee has to make on their own.

"You can’t talk to some kids about it because they won't like take it serious. They'll just do the same thing over again. Like it's going to click with some people but everybody."

Cross says when it clicked for him, it was a helpful moment.

"You gotta want to fix what's going on and keep doing what you want to do," he said with a slight smile. "So you don't go to jail or anything."

The Sheriff’s Office would like to introduce our new Deputy K9, Denali. Denali is a 16 month old Belgian Malinois that...