The costliest thunderstorm in American history flattened corn crops across the region. This year, that could mean big losses for soybean farmers. 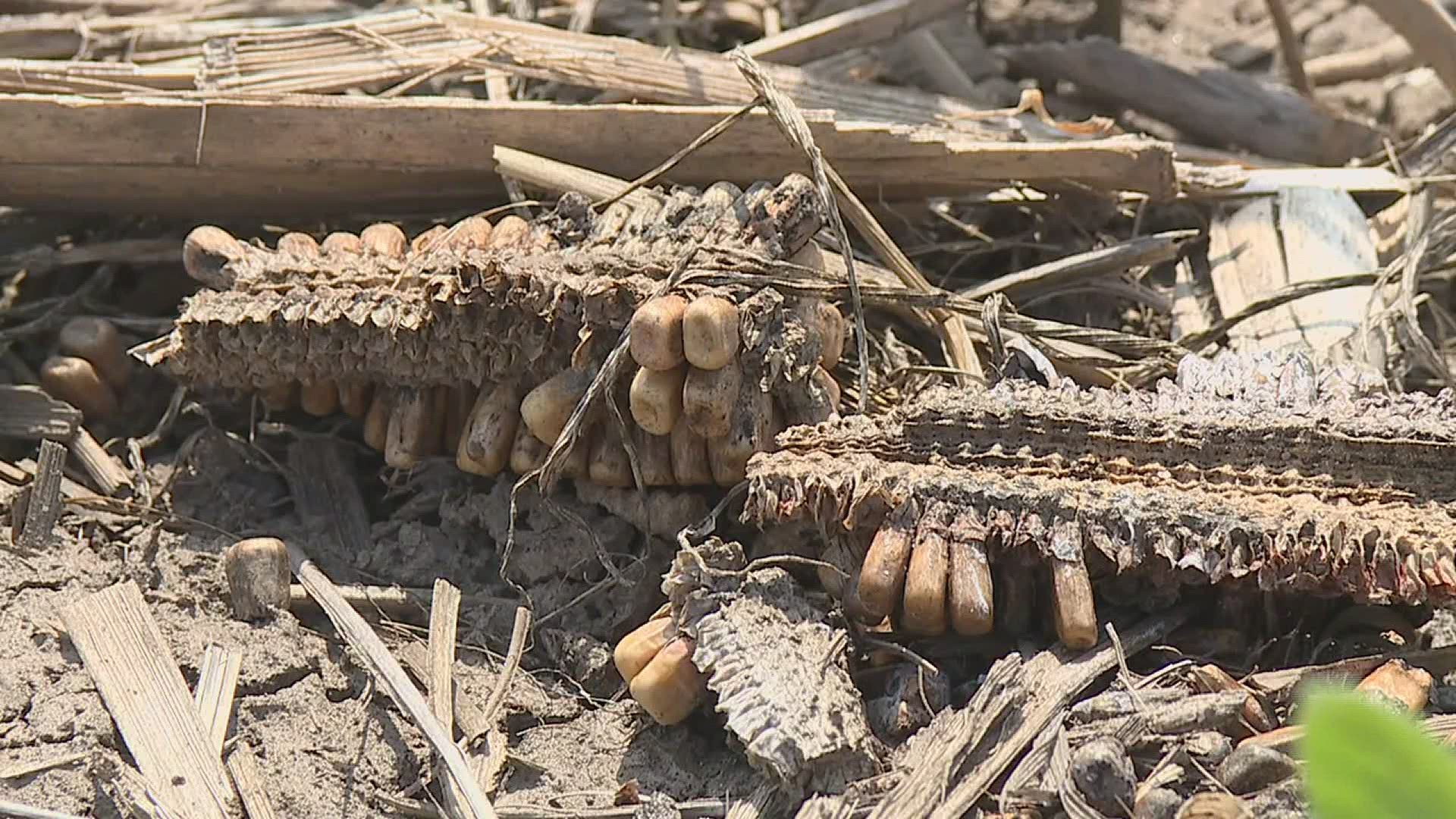 STANWOOD, Iowa — The August 2020 derecho is now classified as the costliest severe thunderstorm in American history, with an estimated damage cost of $11.2 billion. It was also the third most expensive weather disaster of last year, and only the third severe weather event over $10 billion since 1980.

But for farmers hit hard by the storm, those impacts might not be over yet.

When the derecho rolled through parts of South Dakota, Nebraska, Iowa, Illinois and Ohio, winds gusting up to 130 miles an hour flattened and destroyed millions of acres of corn.

"It's pretty devastating. At that point when the storm came through, all we've got, financially, is on the ground," said Noah Coppess, a farmer in Stanwood, Iowa. "So to watch it fall down and get destroyed like that, you know it's not going to stand back up at that stage. There's an emotional piece to it."

And when the corn fell down, it was a difficult thing to bring up. Because the derecho occurred in August, most corn crops were mature - standing around 10 feet tall. When that blows over, special equipment is needed to pick it back up to clear it off the fields.

Anything left behind could impact the 2021 crops.

Typically, soybean and corn crops are rotated through different fields, to help replenish the nutrients one takes out and another puts back into the soil. When downed corn lays in a field that soybeans are then planted in, it can take root and pop up again the next growing season - much like a weed.

That 'extra' corn is called 'volunteer corn.' In a normal year there's not usually enough volunteer corn to worry farmers. But in a derecho year, it's a different story entirely.

RELATED: The affects of the derecho are still being seen as farms are in the thick of harvest season

A study conducted by South Dakota State University, the University of Minnesota, and the University of Nebraska-Lincoln found that 2021 volunteer corn could reach worrying levels. By some estimates, soybean farmers could lose up to 54% of their yields.

"[Volunteer corn] is gonna grow just like other seeds. And it'll grow tall, it'll compete for the water and the nutrients that are in the ground," said Coppess. "If it shades out the crop that’s there, it’s something that’s gotta be dealt with."

But he says he is one of the more fortunate farmers.

His family farm sits on 700 acres in Cedar County, Iowa. When the derecho hit, Coppess lost shingles on his house, a grain bin, and about 30% of his corn yields - especially painful after the crop looked to be one of the best in the last half decade, until a July hailstorm was followed up by the historic thunderstorm.

"Our target yield is 240 bushels per acre and we got around 160. And that was probably pretty respectable, considering there's farmers that had a lot worse than that," he said. One field even had to leave 80 bushels of corn behind.

But even with all of that damage, Coppess says the storm hit even harder on farms to his north.

"You don't find really any grain bins south of here that were completely demolished. There's some that had damage, but were still usable," he noted. "But if you go north of here, they're just gone. They’re just not even where they're supposed to be."

His comparatively lesser damage, combined with extremely favorable weather this past fall and spring, meant that Coppess could try and get as much corn up as possible. As he puts it, the 2021 crop begins the moment the 2020 batch is harvested, so he began to make plans to aggressively spray his fields for the volunteer stragglers.

"This year in a soybean crop every acre got sprayed with a product to take care of the corn. That's six to ten dollars an acre depending on how much of it you're putting in," he said.

But it's worth it to Coppess, who now hopes he can make it the entire growing season without seeing much volunteer corn at all.

"I think that if mother nature cooperates this summer, we should have a fine crop," he said. "But I think that's unique to the operator. Some operations were really devastated. They had all their green infrastructure wiped out and their harvest was significantly delayed. They didn't get some of the fall work done. And if you had livestock to contend with, that delayed you, you might face some volunteer corn this year."

Credit: Noah Coppess
A field of blown over corn after August 2020's derecho.