Social media suggests turning I-74 bridge into events pier unlikely, bridge set to be demolished in 2022

Those involved with the I-74 Corridor Project say the old bridge would need significant repairs and costly, frequent upkeep to remain operable. 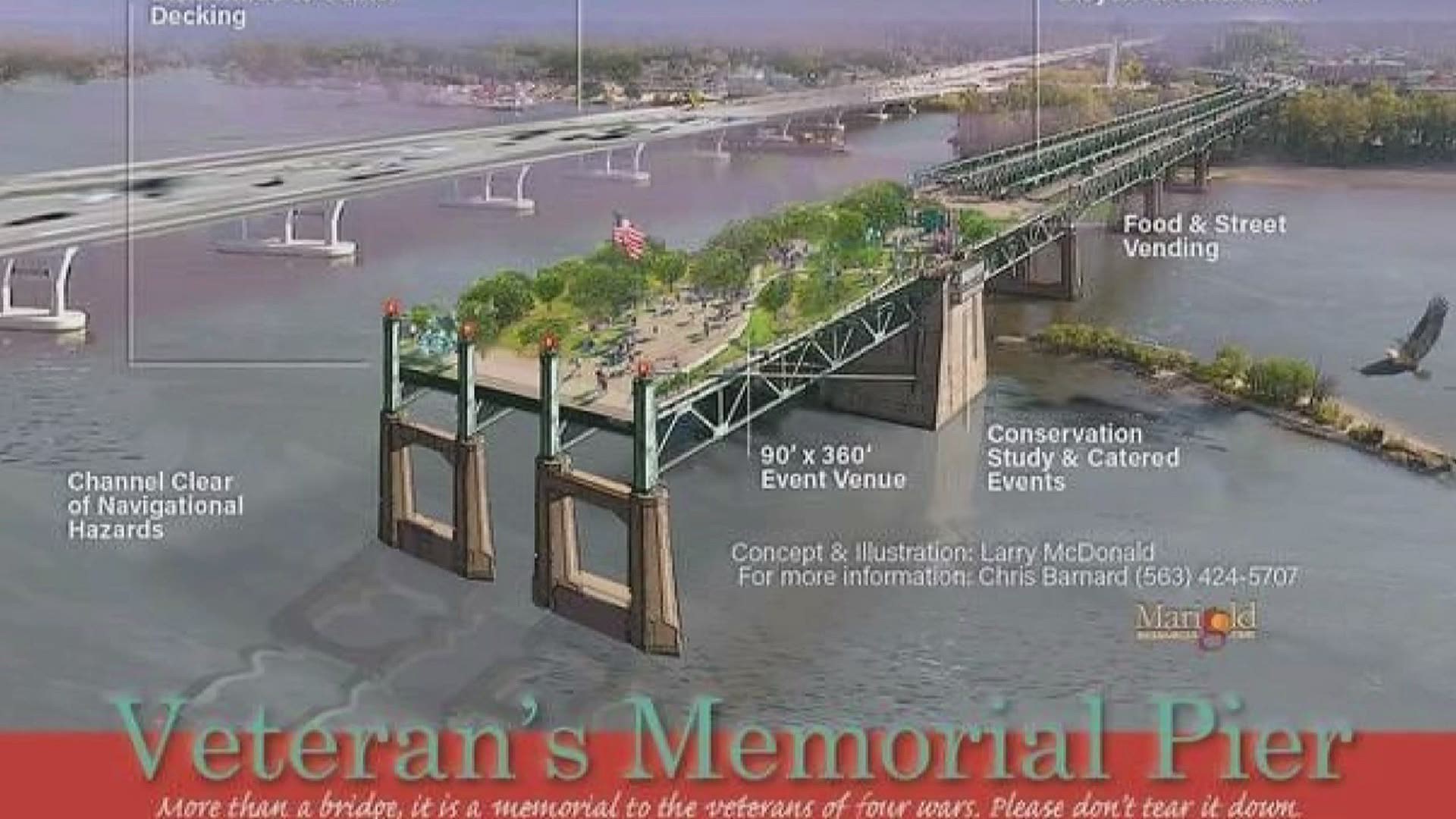 MOLINE, Ill — Don't hold your breath if you're hoping the old Interstate 74 bridge will be converted into a pier for vendors and events.

A post on Facebook suggested the I-74 bridge could be reimagined to include a shuttle and bike path leading toward a pavilion with event space and food and street vendors. The rendering looks almost similar to Navy Pier in Chicago.

But... it likely won't happen.

Those involved with the I-74 Corridor Project say the old bridge would need costly repairs and a significant amount of upkeep, even if vehicles wouldn't be driving across it.

Demolition plans, they say, are set for 2022 since the bridge has outlived its serviceable life.

"The Veteran’s Memorial Pier is an interesting and creative concept," George Ryan, I-74 Corridor Manager said in a statement.

"Preserving the old bridge and using it as a bike/pedestrian trail was explored during the early phases of the I-74 reconstruction project but it was decided to be more appropriate to have this bike/pedestrian accommodation on the new bridge. It is our understanding that the local jurisdictions were not interested in taking on the responsibility of a costly structure that would need significant maintenance and repairs to keep it in a safe and serviceable condition for the public."

Ryan noted the veteran's memorial monument that was next to the old bridge will be moved to a similar location after the new bridge is complete.