The Iowa 80 Truckstop in Walcott now has two DC fast ChargePoint stations. Any brand of electric vehicle can reach about 80% charge in 20-30 minutes. 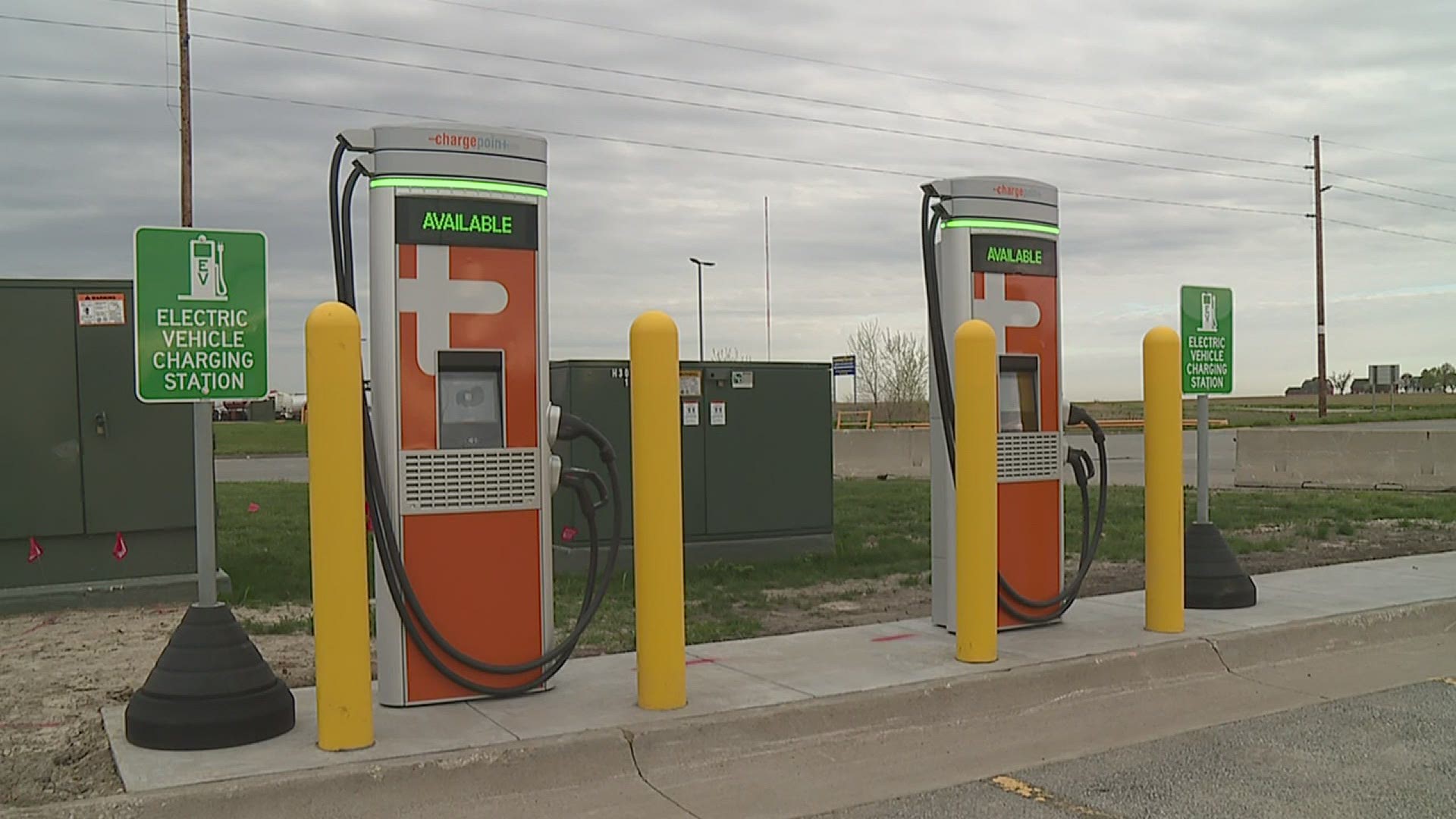 WALCOTT, Iowa — The world's largest truckstop now has a new way to get drivers moving. Two DC fast ChargePoint stations have been installed in the northern portion of the Iowa 80 Truckstop, across the road from the Iowa 80 Trucking Museum.

Both stations are universal chargers that can bring any brand of electric vehicle up to 80% in 20-30 minutes. Pricing and information can be accessed on the ChargePoint app.

It's a project that's been more than a year in the making for the Iowa 80 Truckstop, which said they wanted to meet a growing demand.

In a press release, Delia Moon Meier, Senior Vice President of the truckstop stated, “We have been working on this project for quite some time and are excited to now be able to offer this convenience to our customers. For those traveling across Interstate 80, our charging stations are located in the perfect spot between Chicago and Des Moines.”

It's a move that President Biden hopes to see stations across the country follow suit with, as laid out in his proposed infrastructure plan.

The roughly $2 trillion proposal would allocate $15 billion for building half a million charging stations across the United States by the year 2030. Currently, the country has just over 41,000 such stations, with about a third of those residing in California. Just about 5,000 of the existing chargers are the types of "fast" charge provided at the Iowa 80 Truckstop.

In Iowa, there are just over 100 stations across the state, but many are only for Tesla models, or they're not the quick charge option. It's something that the state anticipates more of a need for in the coming decade.

In a 2016 Iowa Energy Plan, Iowa had over 1,000 electric vehicles registered in the state, according to the Iowa Economic Development Authority and the Iowa Department of Transportation. From there, the state predicts that number could jump all the way to 100,000 by 2040.

The Iowa 80 Truckstop sees about 5,000 customers every day.

RELATED: What Moline's new mayor has planned for her first 100 days