The tradition is returning in person this year after going virtual in 2020 due to the pandemic. 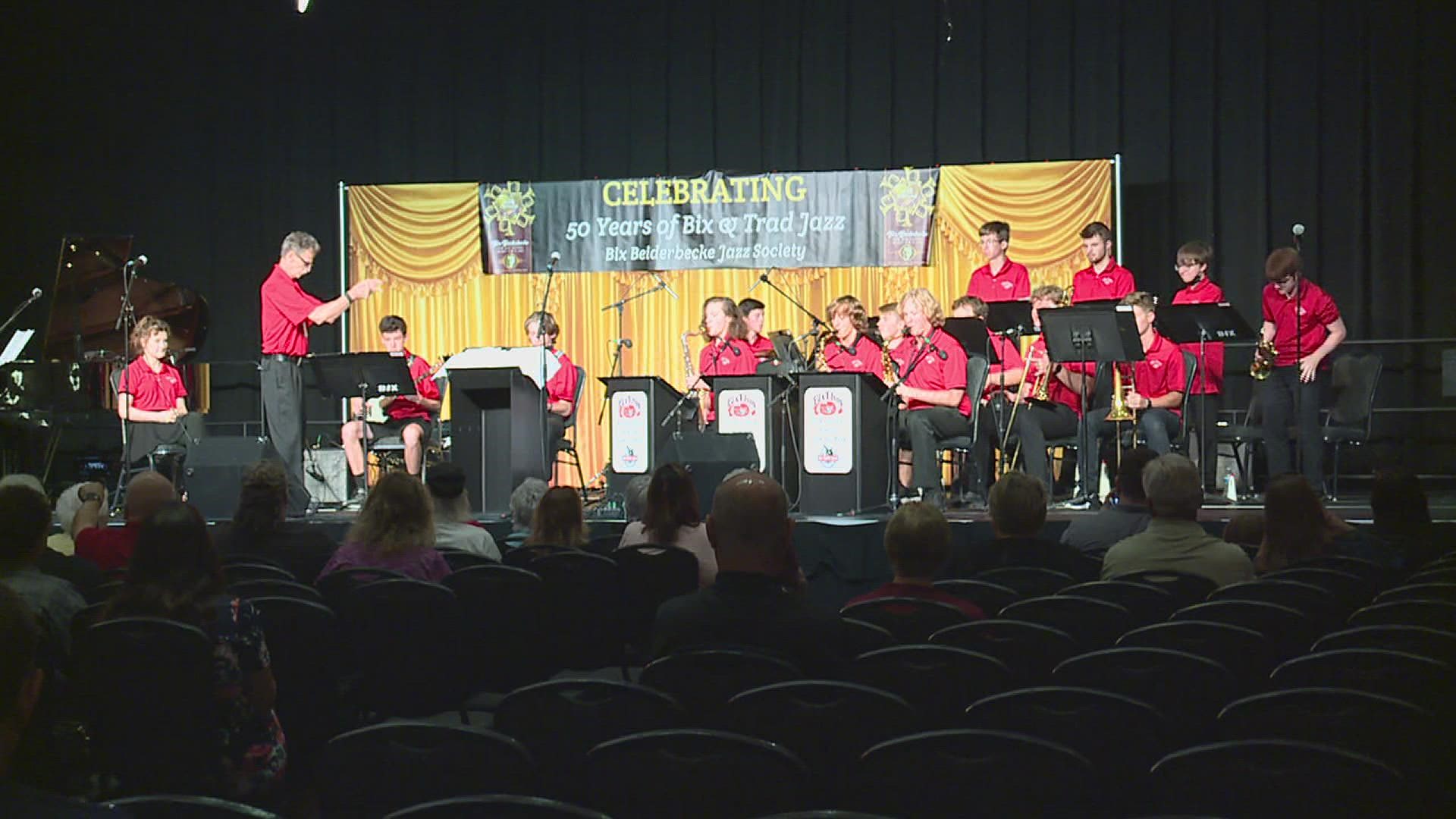 DAVENPORT, Iowa — The Bix Jazz Festival is celebrating its 50th anniversary with ten bands paying tribute to one of jazz's early innovators.

The first performance of the jazz festival was held at LeClaire Park & Bandshell in Davenport back in 1971.

It has expanded all throughout Davenport to look back on Bix Beiderbecke's music and its impact nearly a century later.

"It's one of the top three longest running festivals in Iowa," organizer Steve Trainor said. "This musicianship is so good, it will have you out of your seat cheering."

The tradition returned in person for 2021 after going virtual in 2020 due to the pandemic.

"The music sounds better in person," Trainor said. "It's fun and funny music."

The series of performances began Thursday, August 5 at the Putnam Museum and then to Rhythm City.

"It's the 20s and the 30ths and a little bit of swing thrown in," Trainor said. "He was considered the best."

Bix fans said he is one of a kind in the genre of jazz.

"There's people today who would tell you that his tone and clarity were exceptional," Trainor said. "Professional musicians tell me that Bix would have evolved. They've heard it and think they know it, but not trad jazz."

People who come to enjoy the festival said they have been a part of the tradition for more than 20 years.

"This is the thing, the event that I look forward to every year," one lady said. "Bix himself was a phenom."

No matter where the Bix Jazz Festival is being held, it's the music that stays the same.

You can find ticket information here, as well as a full schedule here.

RELATED: Bix Jazz Festival: All the ways you can join in for a taste of traditional jazz music

RELATED: Bix Beiderbecke Museum has been selected as the August Three Degree Guarantee