Bix Jazz Festival: All the ways you can join in for a taste of traditional jazz music

The three-day festival kicks off Thursday, August 5 at Rhythm City Casino in Davenport, but there are a few other performances planned around the city. 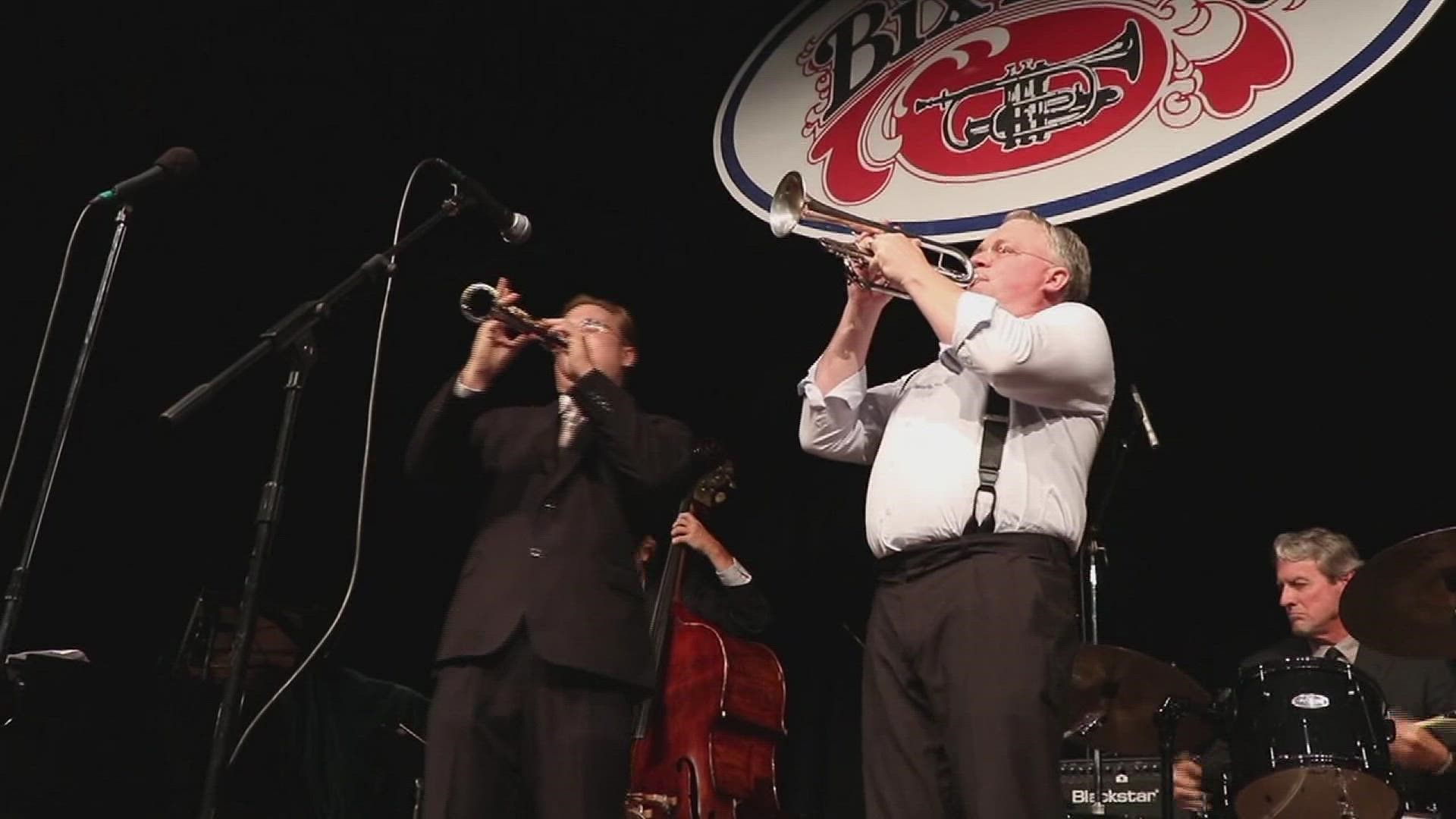 After a virtual fest in 2020, this year's schedule is packed full of traditional jazz music, including the Chicago Cellar Boys, Miss Jubilee and the Yas Yas Boys and Joe Smith & The Spicy Pickles.

The music kicked off at 3 p.m. on Thursday at the Putnam Museum, before heading over to Rhythm City at 6. You can find ticket information here, as well as a full schedule here.

If you don't have time for a full day of festivities, you can join through live stream or catch one of two free jazz performances this weekend.

The first was Wednesday, August 4 at Carriage Haus in downtown Davenport. The Five Bridges Jazz Band will play from 6 p.m. to - 8 p.m. with no cover charge to get in.

The Bix Jazz Festival is one of the largest traditional jazz festivals in the country and a summer favorite in the Quad City area. The festival is celebrating 50 years this year. Organizers say they're looking forward to having the musicians play in front of people again.

"Let me emphasize, it will be a safe festival," Bix Beiderbecke Memorial Society President Steve Trainor said Thursday. "There's no mask mandate in Iowa yet, but for this weekend, we'll have masks if you feel comfortable wearing them, we'll have some for you. We have seating for two, seating for four. You can spread out. There are 700 seats [in the Rhythm City Casino's Event Center]. There's not a bad seat in the house."

Another chance is the traditional playing at Bix Beiderbecke’s gravesite, which will be held on Saturday, August 7th at Oakdale Memorial Gardens. The Cakewalkin’ Jass Band will play from 10 a.m. to 11 a.m. for the 90th anniversary of Bix's passing. Organizers recommend getting there early and bringing your own chair or blanket.