'Solidarity is the glue that holds it all together, and it's what makes a strike effective or ineffective' | John Deere workers go on strike

The union members spent the day picketing the various plants around the Quad Cities. 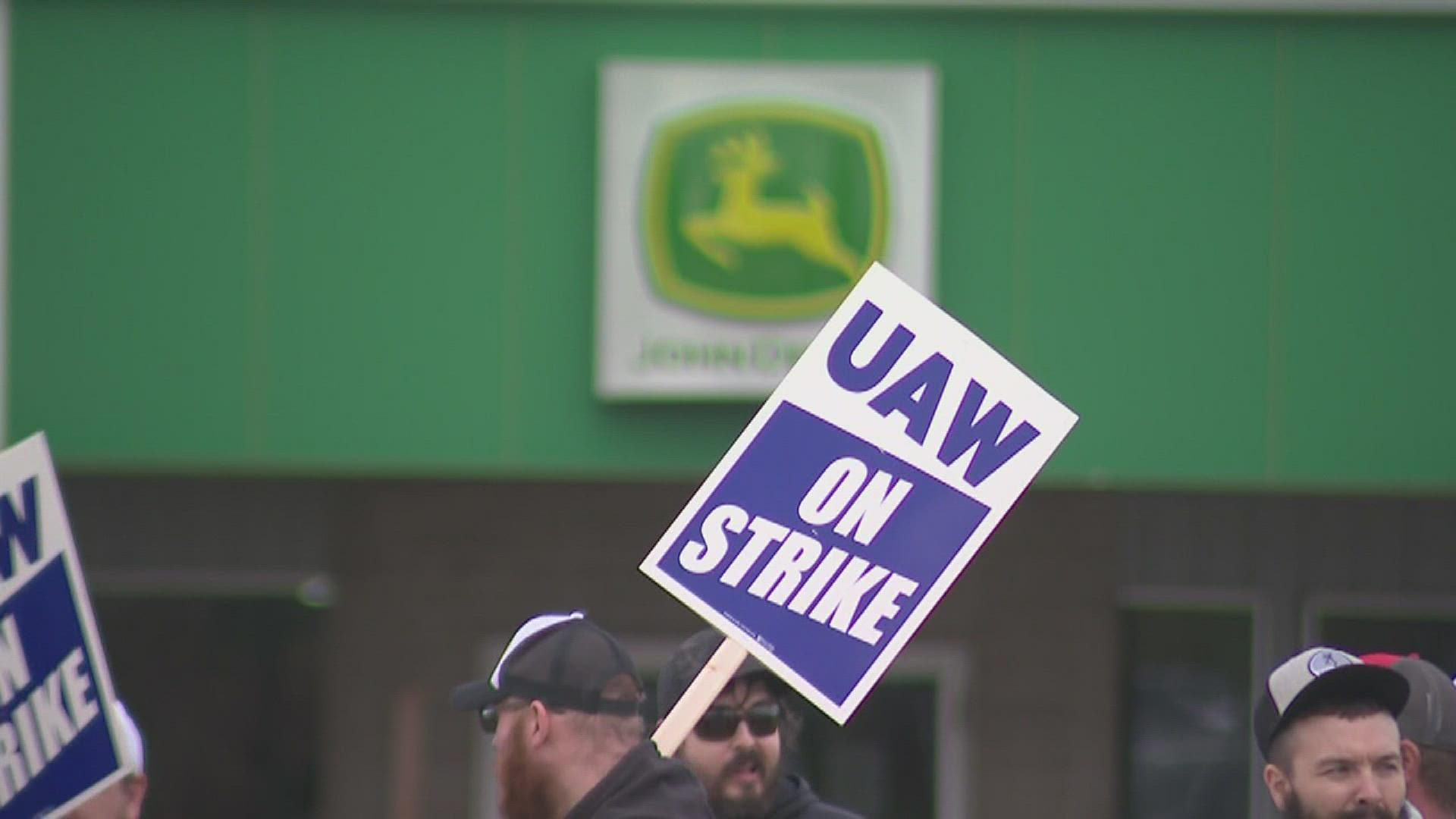 All union workers News 8 talked to said union told them not to comment on the strike or the negotiations.

John Deere released a statement that said, “We will keep working day and night to understand our employees’ priorities and resolve this strike.”

The union, also releasing a statement, said, "Our members at John Deere strike for the ability to earn a decent living, retire with dignity and establish fair work rules. We stay committed to bargaining until our members' goals are achieved."

The union workers outside the plants sent a clear message to their employer that they’re not giving in on what they want. Some of those things they were looking for include an increase in wages, post-retirement health care and pension plans they can live on after retiring.

“They have more power and leverage when there is a tighter labor market, meaning there’s fewer people able to come in and take the jobs and keep the factories running,” Vachon said. “While the current workers are on strike.”

“Workers are voting to go on strike pretty much across the U.S. and in pretty much every industry that you can imagine,” Vachon said. “We don’t see this often.”

Vachon chalks it up to a growing gap in salaries between the working class and those at the top. That gap, he said, has feed into the problem.

“We see so much more of the economic pie going to fewer and fewer people,” Vachon said. "We have CEOs making astronomical salaries whereas the wages of the typical American worker have been stagnant for three or four decades. So I think that, by taking action during this particular period, it’s going to make a correction that’s a bit overdue."

John Deere employees have now joined a great moment in history for the labor movement.

“Historically, it feels like an opportunity,” Vachon said. "It’s a point that we may look back upon, when the American workers stood up and made some real changes and won some games after decades and decades of losses."