Lawsuit: Iowa Tyson Foods managers bet money on how many workers would get COVID-19

The lawsuit claims the company ordered sick employees to keep working until they got a positive test and that one manager organized a betting pool. 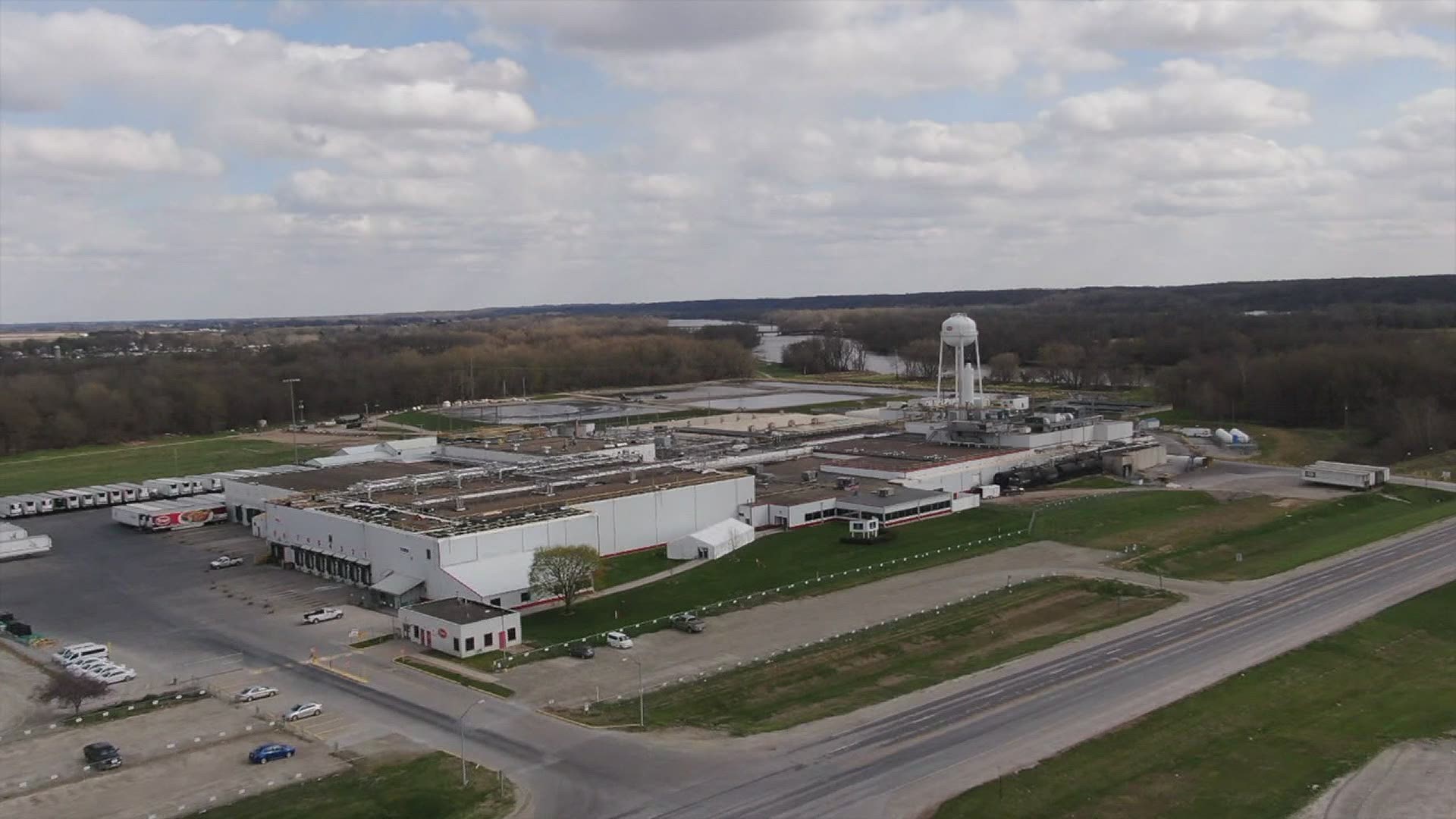 A wrongful death lawsuit in Iowa claims employees at a Tyson Foods plant, where more than 1,000 workers were infected with the coronavirus, were ordered to report to work even if they had symptoms of COVID-19. It also accuses one manager of organizing a betting pool to wager how many employees would be infected.

The family of Isidro Fernandez, a worker at the Waterloo, Iowa, plant who died in April after contracting the virus, is suing Tyson Foods. At least four other plant workers have also died from COVID-19, according to the suit, which claims Tyson Foods demonstrated a "willful and wanton disregard for worker safety."

Among the accusations made in the lawsuit:

RELATED: VERIFY: Here's the basics of the food supply chain amidst COVID-19

At or around the time this was happening, Black Hawk County Sheriff Tony Thompson visited the plant on April 10 and allegedly said the working conditions he saw "shook (him) to the core." Thompson and other local officials allegedly asked Tyson to close the plant, but the company kept it open.

In a statement, Tyson Foods President and CEO Dean Banks said the individuals allegedly involved have been suspended without pay and the company has hired a law firm to conduct an independent investigation.

“We are extremely upset about the accusations involving some of the leadership at our Waterloo plant. Tyson Foods is a family company with 139,000 team members and these allegations do not represent who we are,  or our CORE VALUES and Team Behaviors," Banks said. "If these claims are confirmed, we’ll take all measures necessary to root out and remove this disturbing behavior from our company."

Nearly two dozen employees were sent to the emergency room two days later, according to the lawsuit. County officials again asked Tyson to shut down the plant due to the outbreak, but the company allegedly refused. Four days after those workers went to the ER, the company publicly denied an outbreak at the facility, the lawsuit claims.

Iowa’s Occupational Safety and Health Administration said in June an inspection didn’t uncover any violations at the Waterloo plant.

The lawsuit seeks unspecified damages for mental and physical pain and suffering, emotional distress, medical and burial expenses and loss to Fernandez’s family.

The Iowa Capital Dispatch reports the case was initially filed in state court due to claims that state law was violated. Tyson requested it be moved to federal court, which it was. The company reportedly claimed it had remained open "at the direction of a federal officer” -- namely President Donald Trump due to his April 28 order for such plants to keep operating.

The Capital Dispatch reports that in previous filings, Tyson said it “vigorously disputes” the plaintiffs’ claims and that it worked to follow federal guidelines.

RELATED: Lawsuit: Tyson Foods managers bet money on how many employees would get COVID-19

Credit: AP
In this May 1, 2020, file photo, a sign sits in front of the Tyson Foods plant in Waterloo, Iowa.