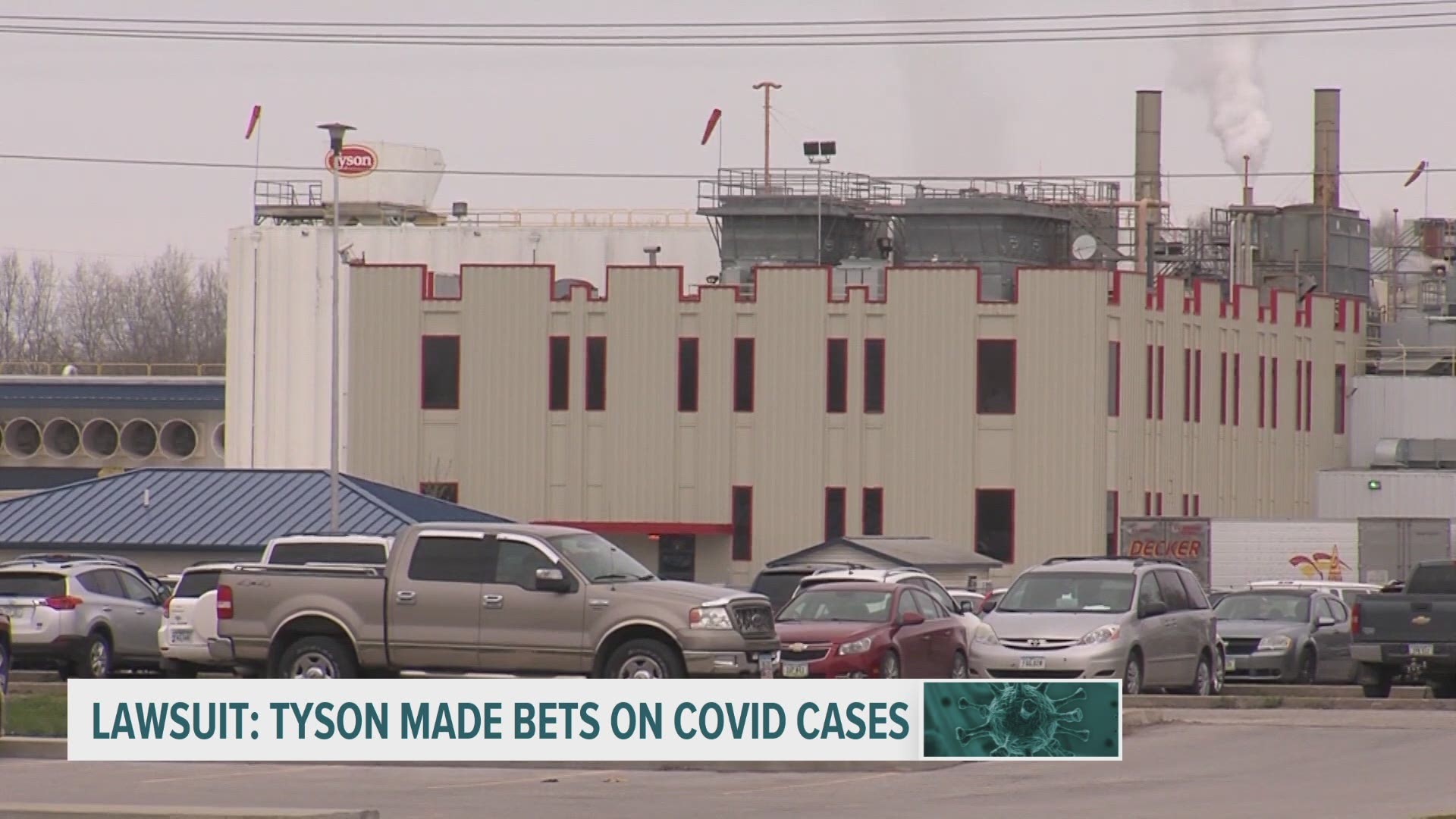 WATERLOO, Iowa — The family of a Tyson Foods employee in Waterloo that had a COVID-19 outbreak has filed a wrongful death suit, alleging management was aware of the risks and placed wagers on how many of the workers would get sick with the deadly virus.

Isidro Fernandez's family filed the suit earlier this year, and alleged Fernandez got sick while working at the plant. He is one of at least five plant employees to die of the virus. He died on April 26.

Around the time of Fernandez's death, the lawsuit claimed Waterloo Plant Manager Tom Hart organized a cash buy-in, winner-take-all betting pool for supervisors and managers to wager how many employees would test positive for COVID-19.

Court documents alleged Tyson Foods knew the risks of COVID-19, was aware of outbreaks in its facilities and continued to encourage sick workers to show up to the plant.

“We are extremely upset about the accusations involving some of the leadership at our Waterloo plant," Tyson Foods President and CEO Dean Banks said in a statement Thursday. "Tyson Foods is a family company with 139,000 team members and these allegations do not represent who we are, or our CORE VALUES and Team Behaviors. We expect every team member at Tyson Foods to operate with the utmost integrity and care in everything we do."

Banks said the managers allegedly involved in the lawsuit have been suspended without pay.

"If these claims are confirmed, we’ll take all measures necessary to root out and remove this disturbing behavior from our company," Banks said.

Tyson told Local 5 they are not disclosing how many employees are involved because of the status of the investigation, but did confirm they're only suspending supervisors named from the Waterloo plant.

As the number of workers showing signs of illness rose, management at the Waterloo plant allegedly started showing up less but offered "thank you bonuses" of $500 to employees who never missed a shift for three months.

The lawsuit stated this further incentivized employees to work when they were showing symptoms of having coronavirus.

Thompson said the conditions at the Waterloo plant shook him to the core.

The lawsuit alleged Tyson repeatedly refused to shut down the Waterloo plant, despite requests from local health officials.

Their reasoning was that the plant needed to stay open to feed the country.

On April 22, the plant did shut down for two weeks to test all employees for COVID-19.

Operations resumed operations on May 7.

According to court documents, Tyson increased its exports to China by 600% in the first quarter of 2020, exporting its largest single-month total in more than three years in April.

The lawsuit also claimed that Tyson executives lobbied for COVID-19 liability protections, which would shield them from lawsuits if employees got sick with the virus.

They lawsuit also claimed Tyson played a part in convincing Gov. Kim Reynolds to issue an executive order stating that only the state government, not local governments, had the authority to close businesses in northeast Iowa, including the Tyson Waterloo facility

At least 1,000 of the 2,800 employees working at the Waterloo site have tested positive for COVID-19.

The facility is Tyson's largest pork plant in the U.S. and processes 19,500 pigs per day.