Baked Bread and Pastry Co. closed their doors over the weekend and received some backlash online. 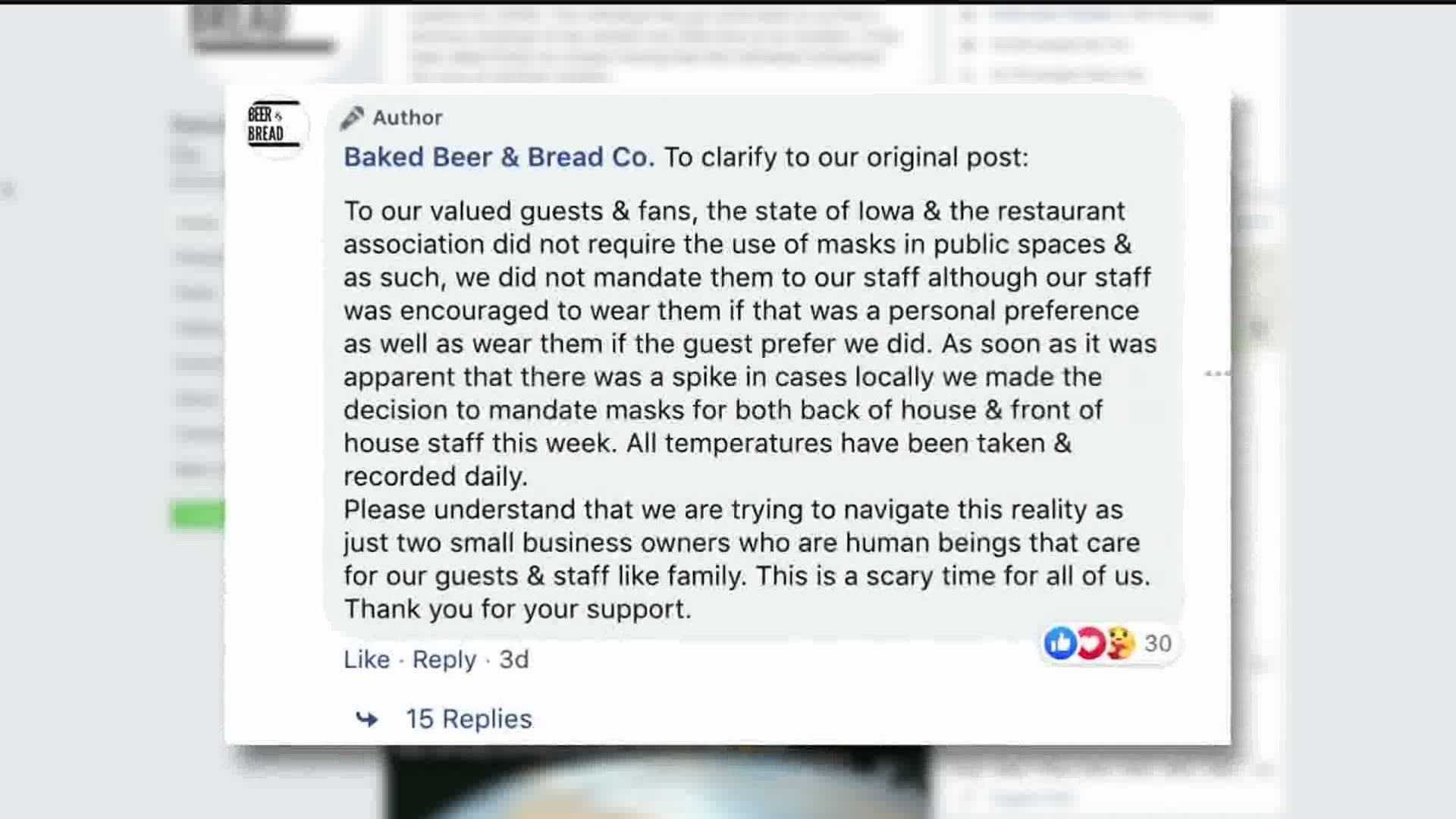 DAVENPORT, Iowa — As some businesses decide to temporarily close again due to a rise in cases, concerns over public safety are causing new struggles for business owners.

Baked Beer and Bread Company co-owner Stephanie Sellers describes the last few months as nothing short of difficult. "A roller coaster is definitely the best way to describe it."

For Sellers, community support could not be more important right now.

"I would say the response has been mostly positive. We have received a huge outpour of support the past couple of days."

It's been really challenging that on top of all of the hardships and struggles that we have been experiencing we also are dealing with those types of comments and hateful types of responses."

This is a battle Baked never saw coming, and pleasing everyone online proves to be one of the most difficult pieces of the puzzle.

Brew co-owner Tracy Cameron agrees. She's thankful that for the most part, the response has been positive.

"I love the social media support. You know we have been really lucky but I don't know, I just think it's upsetting what people are willing to say online to one another, it's upsetting."

Some negative comments online focus on transparency and anger at the potential of coming in contact with a positive case.

Seller says although they didn't need to share that some staff members had been in contact with COVID-19 cases they felt it was their duty to do so.

"We believe choosing to tell the public was the responsible and right thing to do. We want to be the business that is transparent and discloses those things to our staff and guests."

"I think fear drives so much of those types of responses out of human beings and we're really trying to help people be less fearful so they don`t have to respond in those manners and we can all collectively do our part to make sure that the health of our people and the health of our economy stays where it needs to be."

Both businesses agree, despite any online comments there is only one option moving forward.

Cameron says, "You just hang on and do the best that you can with the circumstances that are in front of you."