The man found guilty in the murder of Mollie Tibbetts was supposed to be sentenced. Instead his attorneys have filed a motion, asking the court to hear more evidence 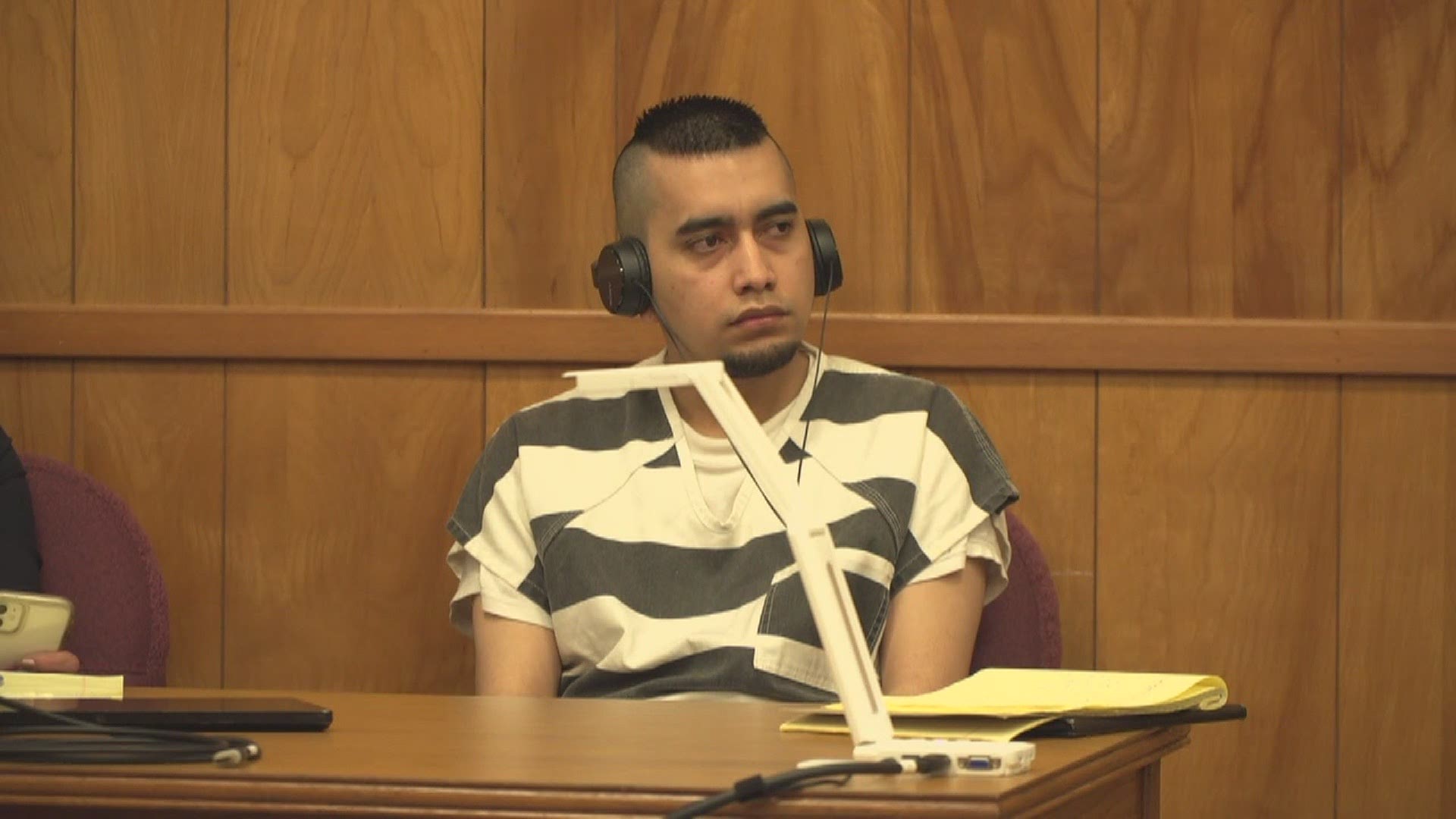 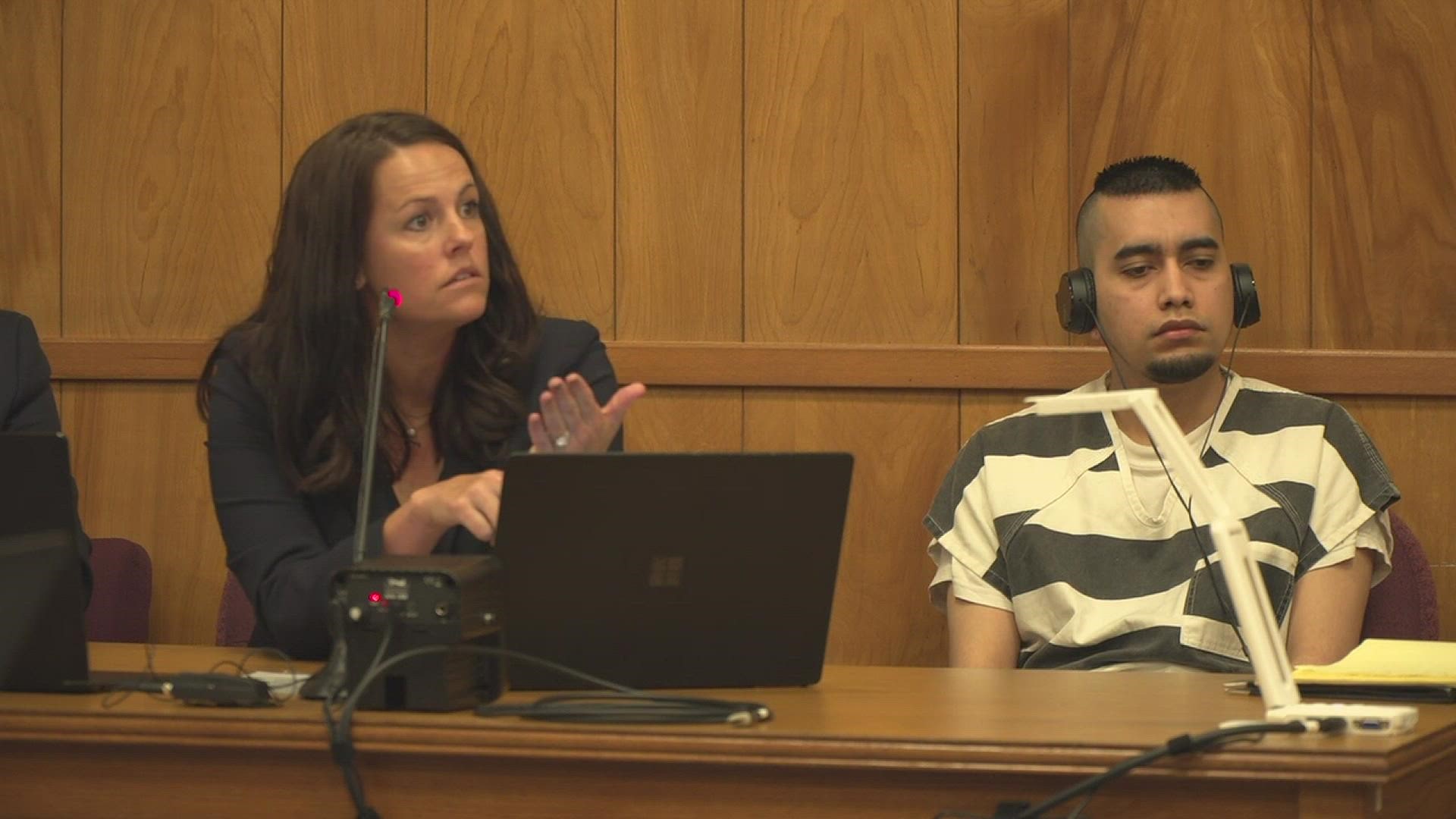 MONTEZUMA, Iowa — Updates here: The motion to compel has been denied

A Poweshiek County judge heard arguments Thursday in the murder trial of Cristhian Bahena Rivera, whose defense attorneys claim to have new evidence about who killed Mollie Tibbetts in 2018.

Tibbetts, a 20-year-old University of Iowa student, disappeared while on a run in her hometown of Brooklyn in July 2018. Her body was discovered a month later.

Bahena Rivera was convicted of murdering her in May.

A motion to compel, filed Tuesday from the defense team, focuses on a man allegedly involved in a sex trafficking ring in the town of New Sharon.

Bahena Rivera's attorneys are asking for the state to produce evidence regarding sex trafficking in Poweshiek County, where the crime happened, as well as pending investigations that involve the story of a Mount Pleasant Correctional Facility inmate the defense says has more information about Tibbetts' killing.

That inmate is the subject of the defense's motion for new trial, which will be the subject of a future court hearing. Judge Joel Yates has agreed to hear testimony from the inmate.

In court Thursday, the State resisted their motion, saying the state is not obligated to provide discovery post-trial.

"All of the information alleged as a basis for a continuance of the motion and sentencing hearing is directly contrary to the defendant’s statements to police and his testimony at trial," prosecutors wrote in a response filing Wednesday.

"Although the claimed newly discovered evidence relates to the issues in the case since it concerns the death of Mollie Tibbetts, it cannot be said that it probably would have changed the result of the trial," they continue. "As detailed... the information is wholly different than the testimony of the defendant and would have most certainly caused his testimony to be further questioned."

The motion for new trial revolves around two unrelated people defense attorneys say came forward on May 26, the day Bahena Rivera himself testified at trial.

Sentencing, which was originally scheduled for Thursday, will also take place at a later date.

10 a.m. -- Judge Yates says he will decide how to proceed and will issue a written ruling "by week's end."

The court is now trying to decide on their next meeting date.  They will resume on July 27 for a hearing on motions for new trial.

Judge says he will issue a written ruling on the motion to compel. @wqad #MollieTibbetts

Motion hearing now set for the 7/27 on the motion for a new trial. @wqad #MollieTibbetts Judge's ruling on today's request expected to be in by end of the week.

9:52 a.m. -- Judge Yates gives the defense the opportunity to respond.

Frese: "There's something rotten in this area - this is not coincidental."
Brown says its unconscionable to put the Xavior Harrelson investigation information into the public like this, trying to connect it to Mollie. @wqad #MollieTibbetts

Chad Frese responding that the state had a report in May 2019 about a woman claiming she had been sex trafficked from Brooklyn, Iowa (2 months before MT disappeared). Says that info should have been disclosed pre-trial related to Rivera. @wqad #MollieTibbetts

9:46 a.m. -- The state is resisting the request for them to provide evidence to the case.

Asst. AG Scott Brown says he notified the defense mid-trial about the inmate coming forward, but the Freses declined it as inconsistent. "They've got buyers remorse. We offered to stop the trial." @wqad #MollieTibbetts

Asst AG Brown: “This request is very broad, no limit on the scope… The only thing that matches is Mollie Tibbetts was involved.” @wqad pic.twitter.com/Pt538v3hdg

State resists saying there is no discovery post-trial. "We don't have to chase our tails because they are asking us to do it." @wqad #MollieTibbetts

Frese says she's confident Mollie Tibbetts name has come up in the course of investigating the Xavior Harrelson case. Says she believes Lowe is a suspect in his disappearance and is now linked to Mollie through the stories about Gavin Jones. @wqad #MollieTibbetts

Frese says she wants more information about the investigation into Lowe, computer evidence seized in a potential sex trafficking investigation. "All we are asking is CBR to get a fair shot, to have his attorneys look at this information." @wqad #MollieTibbetts

Frese says this information led them to investigate a man named James Lowe, believes him to be a sex trafficker out of Mahaska County, IA. Lowe is being held on federal firearms charges. @wqad #MollieTibbetts

Frese says Jones claims Mollie was kidnapped for sex trafficking but that her disappearance "got too big too fast". @wqad #MollieTibbetts

Judge starts by allowing defense to give a statement. Jennifer Frese says she has evidence to offer, including inmate Arme Maki, the first to come forward after hearing Rivera testimony. Says fellow inmate Gavin Jones told him he killed Mollie Tibbitts. @wqad #MollieTibbetts

Just saw a group of people walk into the courtroom, including a young lady wearing a teal Mollie's Movement t-shirt. Media is outside the courtroom in an overflow room, due to size and other restrictions. @wqad #MollieTibbetts

Today’s hearing is on a motion to compel - judge sealed the specific names and allegations. In short, Bahena Rivera defense asking for information they think can back up an inmate’s story about who really killed #MollieTibbetts. State responds calling motion vague and irrelevant.