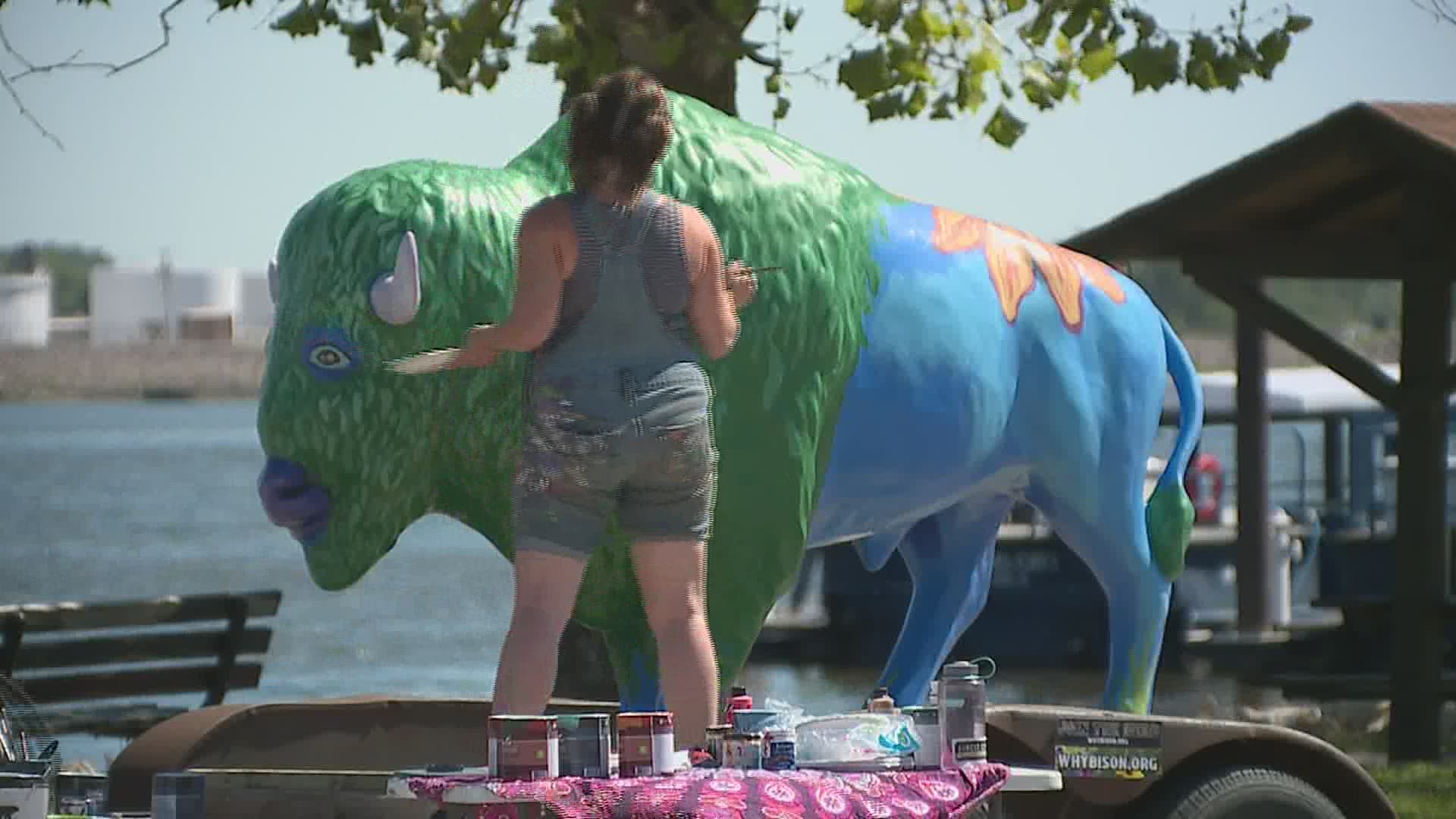 MOLINE, Ill. — It’s not something you see everyday but it’s sure to catch your eye. Local artist Atlanta Dawn is painting a life size bison painting to raise awareness for the Bison Bridge Foundation.

The idea to turn the old I-80 bridge into a Bison Bridge is gaining plenty of traction. The project was announced back in March of 2021 by local environmentalist Chad Pregracke. The goal is to keep the old structure in place when a new bridge is built.

It would then be transformed into a land bridge. The bridge would include land for bison to freely roam, with plexiglass separating a space for a bike path connecting Illinois and Iowa. A visitor center would also be on the land.

Dawn put in around 10 hours of work on the structure, painting it in a creative way to gain attention from community members. “We’re going for like a very earth vibe. Greens, blues, the rivers the trees, and then flowers because the Iowa-80 restoration area, they’re trying to bring all the native prairie grass and flowers to life so we’re going to bring some of that aspect to life. He’s going to tell the story a little bit of the project.”

It’s a project she says she never expected to be involved in. “I never thought I’d be standing down here by the river painting a bison.”

His name is Buddy for now, but the crew says they’re open to community input. Buddy will be making the rounds at events around the Quad Cities this summer. Pregracke saying, “We just want people to consider the possibility of the bison bridge and hopefully support it.”

The goal of the giant sculpture is to turn heads, and so far, it’s working. Dawn painted on the riverfront in Moline and plenty of people stopped by to see what was happening. One of those being Sarah Todd. She said she hadn’t heard of the project yet, but she happily signed the petition of support after hearing a little about it. Todd saying, “I think it’s really neat. Especially the fact that it isn’t costing tax payers more money.”

Project staff say many people have heard of the project all ready when they interact with them, but they haven’t taken the time to sign the petition. That’s where getting out into the community comes into play. Pragracke saying, “I think this will continue to grow and I think this project will put the Quad Cities on the map.”