RV dealerships say demand is high, but parts are scarce

A manufacturing shortage, caused by the pandemic, has created a months-long wait list for many area RV dealers. They say customers want to buy now more than ever. 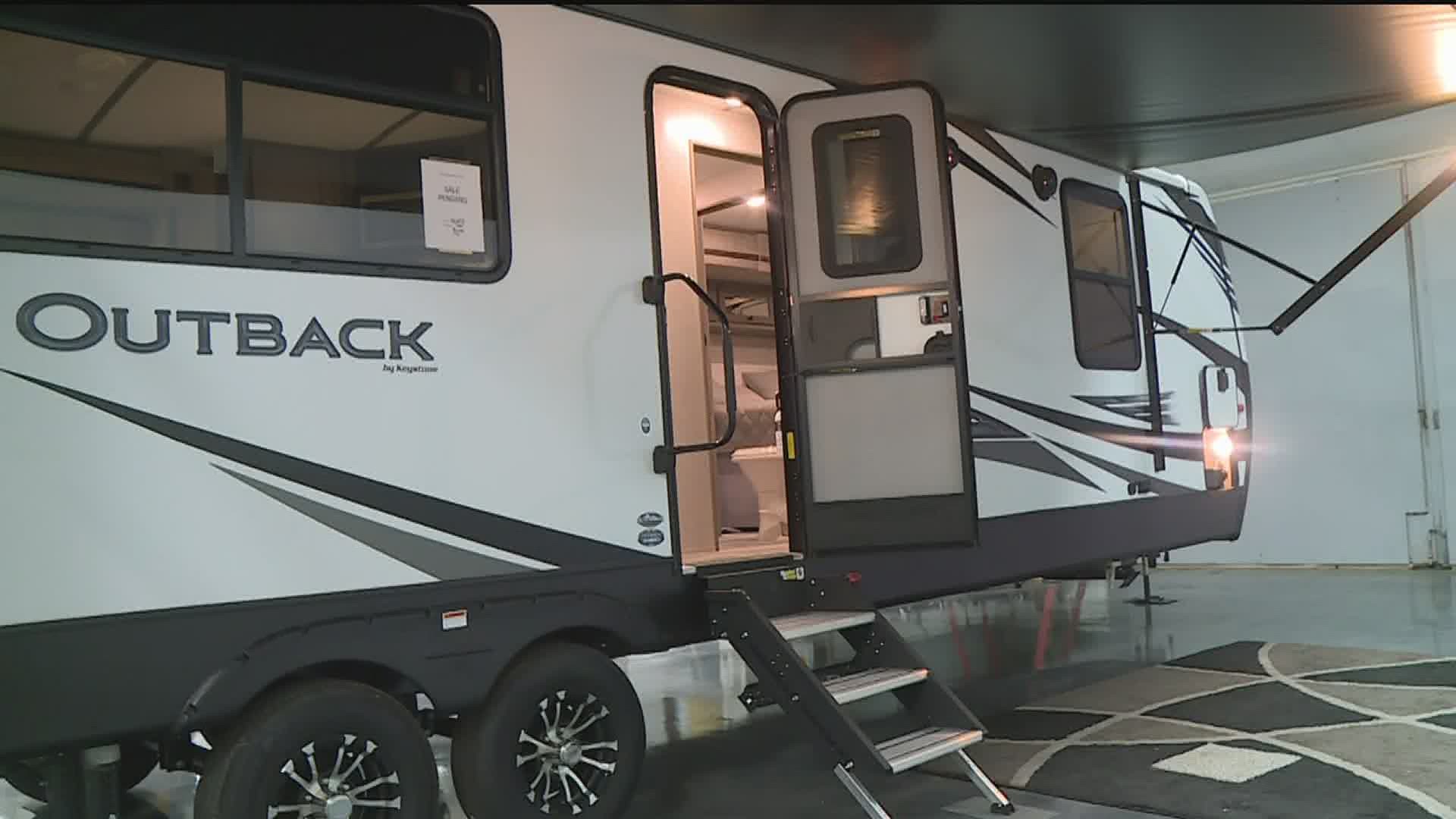 ELDRIDGE, Iowa — Recreational vehicle sales across the region are at an all-time high. But a shortage of parts used to make the trailers, brought about by the pandemic, has meant that customers are buying campers that aren't being built.

At Terry Frazer's RV Center in Eldridge, Iowa, owner Terry Frazer says they're having one of the best business years he's ever seen. After a strong January and February, the only dip they've seen was in March. Year to date, their sales are up 55% over 2019, which was up 20% from the year before.

However, they say that even though campers are selling, the pandemic has left them with quite a few problems.

"The issue we're facing now is getting products. There's shortages," said Frazer. Despite the intense demand for RVs and campers, a lack of parts used to manufacture completed trailers is bringing the entire process to a crawl.

When an RV is manufactured, the individual parts that it's composed of are made by different companies.

With the pandemic altering hours, shifts and supplies, as well as possible outbreaks halting production, he says the amount of available parts has decreased rapidly. This causes a problem during assembly - an RV can't be sold without the windows or waste collector or hitch. So many manufacturers have found themselves with incomplete campers, waiting for parts to trickle in.

At Frazer's, they're even seeing a shortage of hitches (to hook the camper onto a vehicle), which they say has never happened while they've been in business.

For the customers, that means less available RVs on the market.

"Typically this time of year we would have approximately 200 units for sale," said Frazer. "But we're under 30."

And he says that while they're doing their best to keep up with the demand, most of their units are being sold before they're even built. Of the 10-15 units Frazer gets delivered each week, he says they're all already spoken for. And they're selling 150 RVs a month - double the amount from this time last year.

"It's become much easier for me to sell a camper than to buy one," he said.

But the interest in campers and RVs has only gone up since the pandemic began. Customers they talk to view the trailers as a safe way to travel and avoid airports and hotels. Dealerships in the region are seeing a wave of first-time buyers, as well as an uptick in families.

It's created a large backlog of RVs and a wait time that veteran customers may not be used to. Frazer says if an RV is ordered today, the customer won't be receiving their camper until October or November - well beyond the typical four to six week wait period. And he doesn't expect the demand to go down any time soon.

"We're telling people not to wait for next season to buy. If you wait for April, you won't get it until after the Fourth of July."