RV dealerships in the Quad Cities have seen a record sales year as more people are finding ways to safely travel. 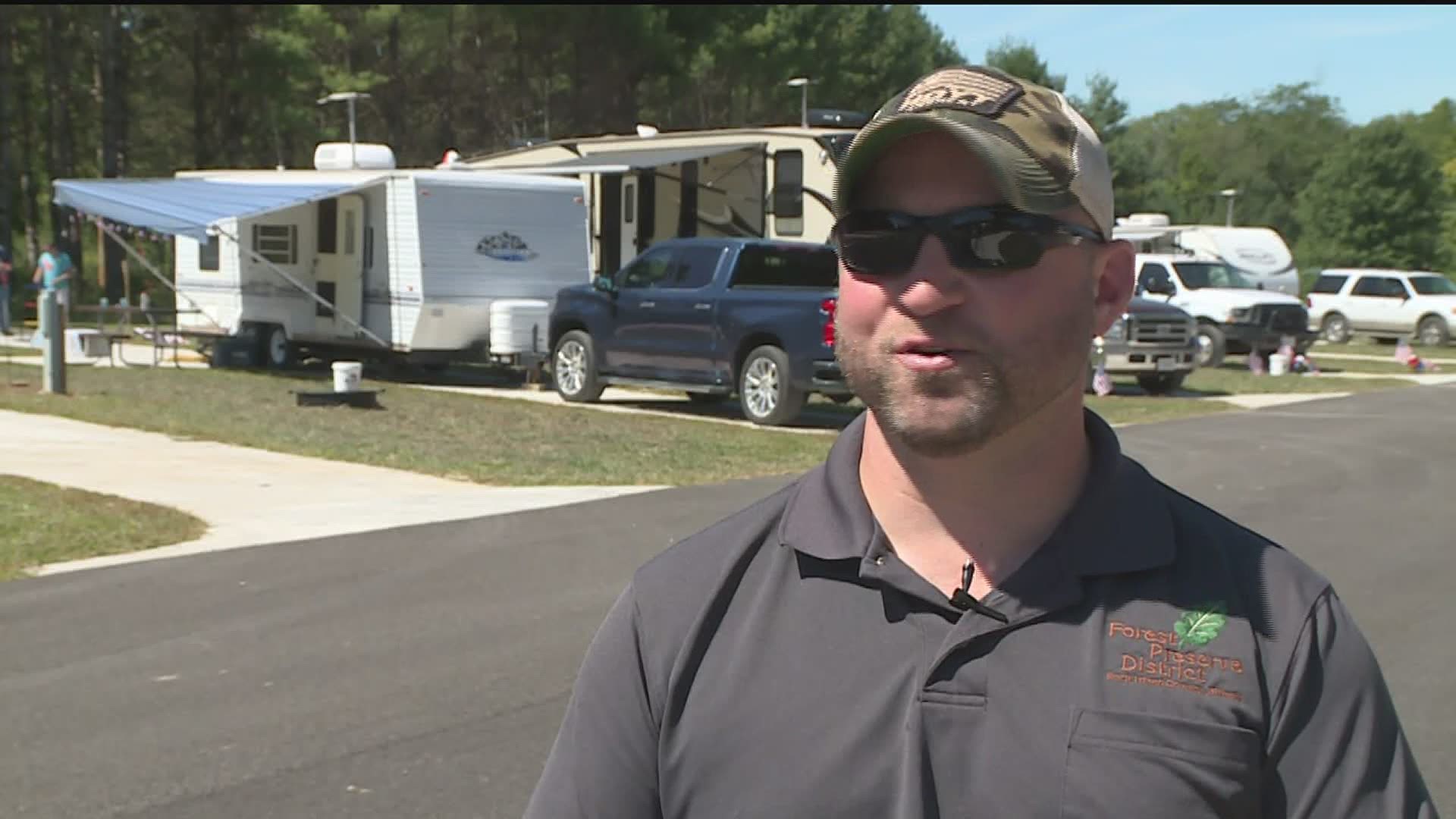 ATKINSON, Ill. — In the time of covid, camping has become a popular activity - both for its use of outdoor space and its innate ability to abide by social distance rules. And with the rise in campers has come a rise in RV sales.

Tom Enyeart owns Shabbona Creek RV in Atkinson, Ill. The dealership specializes in motorhomes - also known as the RV that's driven, rather than hooked up to another vehicle and towed. He says the entire year has been one for the books.

"The season started off extremely strong in January and early February. But when the covid came, it came to a stop."

But Enyeart says he had a feeling things would turn around.

With many people questioning the safety of other forms of popular travel - including airports and hotels - the RV became an exciting alternative. And even as stay-at-home orders spread across the country and the RV sales halted, Enyeart says the inquiry from potential customers never slowed.

A home on wheels, with functional bathrooms and kitchens, allows passengers to travel across the country while staying, largely, to themselves.

By April, he had buyers pouring in from all over the country.

"A lot of those people realized that they were gonna make it through the covid. And that they could travel by recreational vehicle and be socially distanced from other people," said Enyeart. Additionally, he said the customers who had been looking pre-pandemic all decided to invest at the same time in April and May.

Now, Shabbona Creek says their sales through the end of August were up over 45% from the same time last year. And as winter gets closer and retirees looking to head south begin to buy, they don't expect business to decline anytime soon.

Enyeart notes that the last time they had numbers like that was back in 2010 - after the 2008 recession had started to wear off. And, interestingly, after Sept. 2001 - when airline travel scared many.

He says the appeal to owning an RV right now is obvious.

"In a motorhome, it's your motorhome - just like the house you live in now, other than it has wheels. You don't have to associate with other people unless you want to."

50 miles away, at Loud Thunder Forest Preserve in Illinois City, Ill., they've seen the direct impact of the increase in RV sales.

Just days ahead of Labor Day weekend, they opened a fourth campground site. Within one day, only 5 of the 35 slots had already been reserved. To Ben Mills, the Head Ranger at Loud Thunder, it's a trend they've been seeing all summer.

"A lot of folks are willing to stay local and do family activities right now, so we've seen a lot more people here at the park," said Mills.

Boat rentals, hiking trails, and campgrounds have all been in high demand at Loud Thunder. It's another, safer, alternative for those looking for activities right now.

"Social distancing is not an issue out here," he said. "There's lots of space, lots of room, and people can come out and not wear a mask and enjoy the facilities."

And he says the preserve's RV campground, especially, has been at capacity for the majority of the season.

"Lotta excitement with all these new campers being sold - people want places to put 'em," he noted.

RELATED: A Zoom Thanksgiving? Summer could give way to a bleaker fall

But up until a few weeks ago, there wasn't another place to put the RVs. Originally, Loud Thunder planned on opening the fourth campground this spring, but decided to postpone once the pandemic hit. Then, after witnessing a demand all summer long, they decided to open it up just before Labor Day weekend.

The new 12.5 acre campground is fully equipped with septic, electricity and water, as well as a new playground that will be available once the pandemic subsides.

Mills says spots are already filling up fast. There's only a few weeks left before the season's end on Nov. 1, so he suggests those who want to spend a weekend at the preserve should call the park office now.

"We're all trying our best," said Enyeart. "But we know it's not going away anytime soon. So let's travel safely."