Skilled to Work: The TaxSlayer Center 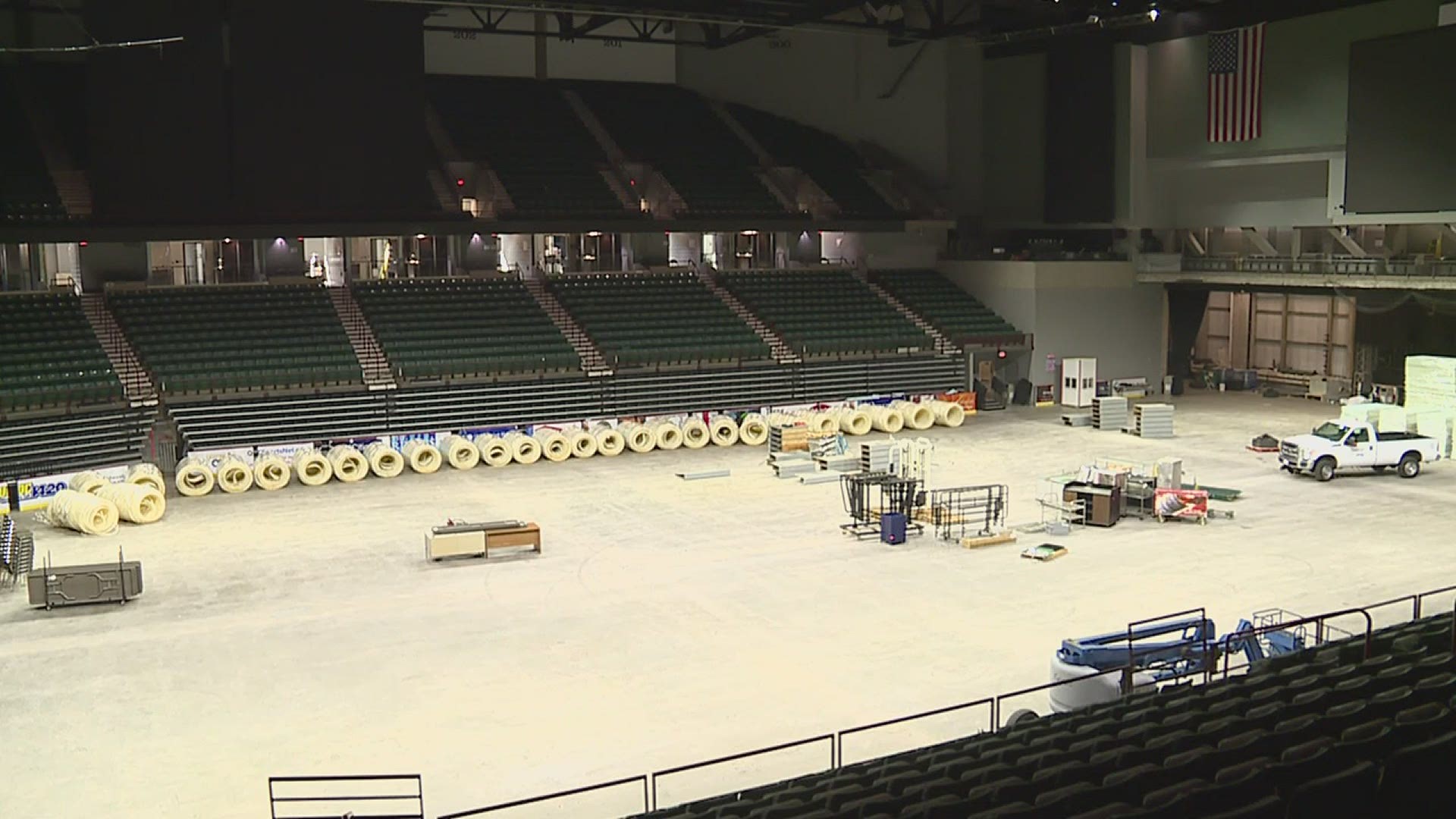 MOLINE, Ill. — You're used to seeing ice around this time at the TaxSlayer Center thanks to Quad City Storm home games. Because they've canceled their 2020-2021 season though, there's no ice.

Scott Mullen is the executive director at the arena. He says they're currently renovating a number of parts of the building.

Mullen says he wanted to take advantage of all of their downtime.

"This window of opportunity gives us the chance to get a lot of things done that we couldn't do when we were operating."

Along with conference center and suites, the TaxSlayer's replacing their chiller, putting in touchless plumbing, and doing electrical work, all thanks to the Impact agreement. It allows the center to use skilled union workers in their project. They've used 15 of them since they opened in 1993.

Thursday, March 12th, Mullen's staff had to pull players off the basketball floor during the Missouri Valley Conference Women's Basketball Tournament. Mullen says he'll likely see a lot of events that have been waiting to tour, when the TaxSlayer Center can hopefully reopen next year.

"In addition to the ones that were planning on touring next year anyways, you've got all the ones that wanted to tour in the past year," Mullen said. "There's going to be a lot of content to go around, so there's a light at the end of the tunnel."

No word when the TaxSlayer Center will be able to reopen though. Mullen says they're trying to get all these renovations done in the next two months, so people can feel safe whenever they can return. For more on Impact, click here.