TaxSlayer Center makes big renovations during time away from the crowds

"This building is state of the art and we’re getting it as new as we can for the community to use." 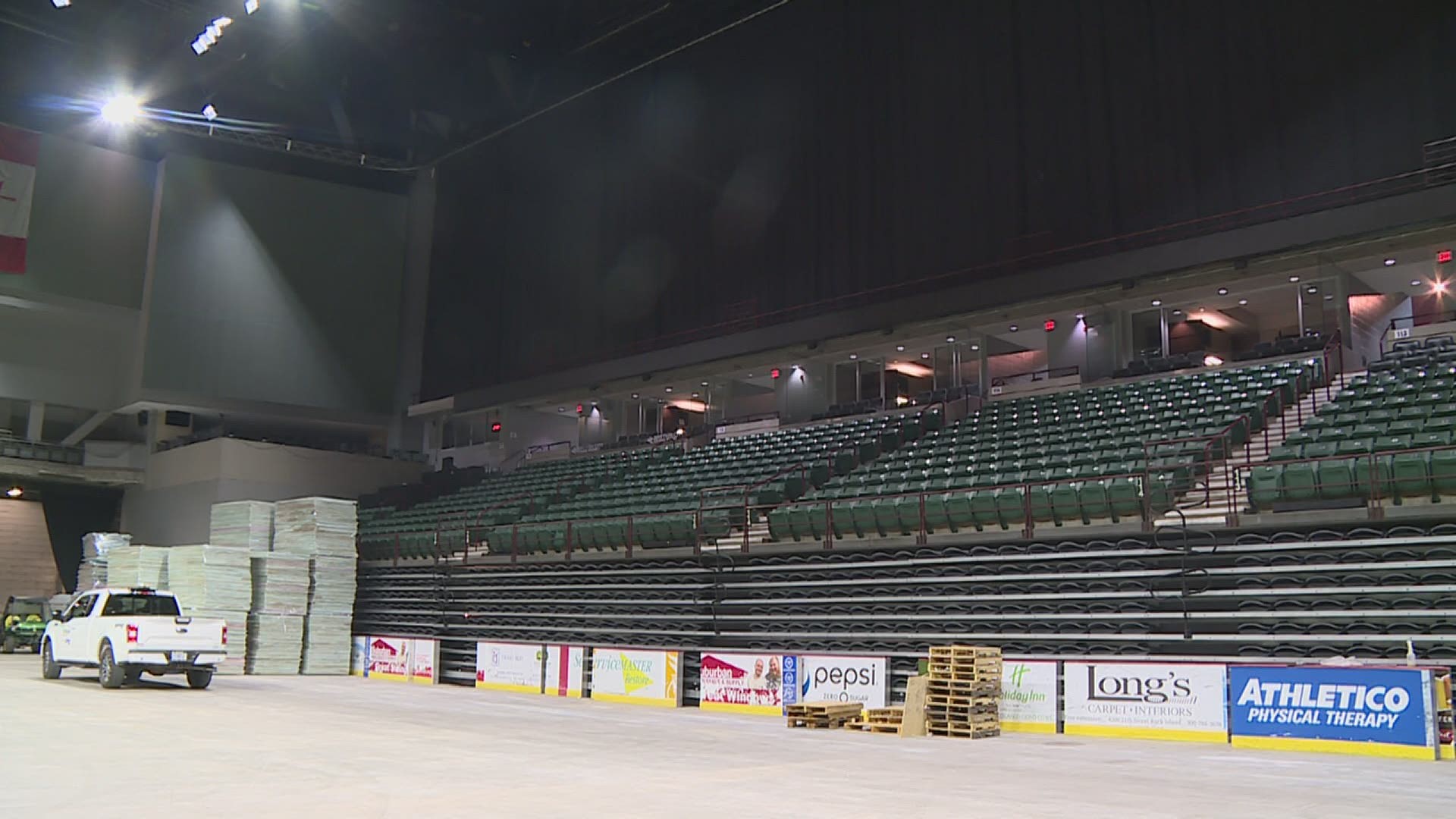 MOLINE, Ill. — Arenas across the country are dealing with the pandemic in different ways. It was the first industry to go and it will certainly be the last one back.

In Moline, the TaxSlayer Center is taking the time to make the arena going experience that much better.

It's been six months since the arena closed its doors to the public.

“The teams were on the floor for the Missouri women’s basketball tournament. The next thing you know the commissioner is in my office saying we have to have a call with the NCAA, things are happening very fast.”

One fast decision that led to a slow six months stuck at a standstill.

“We thought okay we'll be shut down for a couple weeks or a month.”

The TaxSlayer Center is now taking the time for renovations and upgrades.

Mullen saying, “We're also investing in a lot of things here to make it a touch free experience wherever possible.”

Motion censored sinks and toilets are being installed as well as free WIFI for touchless food orders right from your seat.
You can order and walk up to the concessions to pick it up once it’s ready. Mullen says it eliminates people waiting close to one another.

“We want to keep our employees safe. We want our guests to feel safe.”

The majority of employees have been laid off. One of those workers is Dale Dick.

Dick says it’s been a very overwhelming experience. “Just waiting, you know you might pick up some work here and there but its far and few in between even if you're lucky.”

It’s been a waiting game that managers like Mullen hope ends sooner rather than later.

The arena doesn’t fall under a city budget or receive help from them.

“We haven't qualified for any of that lost revenue funding that the government has been giving out.”

Mullen says they have received a little bit of help, but have been mostly lucky with staying afloat.

Mullen says cash reserves have kept the TaxSlayer operating on a shoestring budget, but the impact on the surrounding area is big.

“We're probably about $100 million to the local economy in economic impact.”

Mullen asks event goers to hold on just a little longer, because as he sees it, there is light at the end of the tunnel.

“We’re going to have a lot of shows coming our way, so that's the good news.”

Mullen says they're booking acts, but for an industry that requires planning three to six months out, everything remains up in the air.