If you want an artificial Christmas tree, it's time to start looking

Global supply chain issues and extreme weather have caused a shortage of artificial and live Christmas trees, but there are still several options if you shop early. 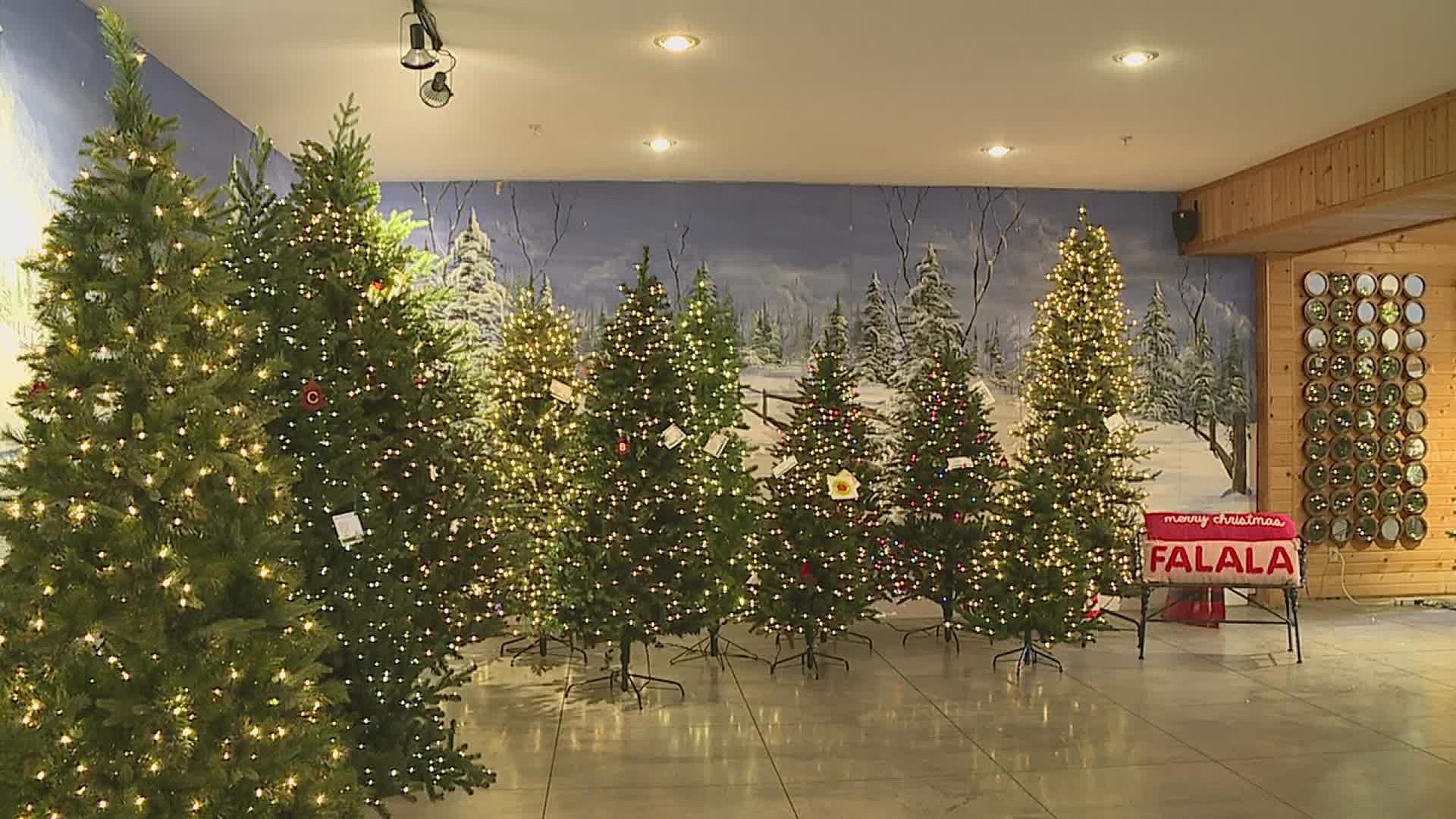 BETTENDORF, Iowa — If you bought a live Christmas tree now, it'd be brown and dry by the holiday, but it is a good time to buy an artificial tree.

The American Christmas Tree Association warned of a shortage in both artificial and live trees this year due to the supply chain bottleneck and extreme weather.

Wallace's Garden Center in Bettendorf is feeling the pinch this year, General Manager Kate Terrell said. She usually orders the artificial trees from a company in Dallas, but that order was canceled in July.

"This is the first year we've ever experienced an issue getting artificial trees," she said. "(The vendor is) facing shortages of LED microchips. They were facing a labor shortage, increasing cost of plastic resin, and just the shipping delays that we're seeing out of Asia on all of the things that we buy here in the United States."

Since finding out, Terrell said it's been "a lot more legwork behind the scenes" as she scrambled to find other vendors and she's managed to secure a total of 150 artificial trees, around 75 less than normal.

"We are still going to have a really good selection," she said. "You just won't see quite as much variety. You won't see as many multicolored lights, you won't see as much LED. But we definitely have a lot of the sizes, three-foot, six-foot, seven-foot, nine-foot available."

Prices of both artificial and live trees at Wallace's will be up 20-25%.

"You know everything's more expensive from just buying the tree itself, to paying for the semi to drive it here, to the increase wages of our staff that unloads the trees and sells them to you and gets them ready to go to your house," Terrell said.

When it comes to the shortage of live trees, Terrell said she's known about it for awhile.

"Even last year, at the end of the season, we knew we were already booking our trees for this year, and our growers were telling us it's going to be tight again, you know, get your orders in now," Terrell said.

Wallace's gets some of its live trees from tree farms on the East Coast. This year it'll have around 500 trees to sell compared to last year's 800, according to Terrell.

"Some of the issues go back as far as 2008, when the economy crashed, and several Christmas tree farms went out of business," she said. "Also, a lot of the tree farms that we work with and that are out on the East Coast, rely a lot on immigrant labor H-2B visas, which, you know, has been in turmoil the last few years. So they face a labor issue, just like many industries in this country right now."

Extreme weather, including fires, drought and heat waves, in the Pacific Northwest is also to blame for the national shortage, according to the American Christmas Tree Association. Some Oregon farmers reported losing up to 90% of their crop this past summer.

However, when it comes to Christmas trees grown locally in the Quad Cities area, the owner of Wyffels Tree Farm in Moline said his trees are looking great this year.

"We're pretty lucky," Rick Wyffels said. "The drought didn't hit us too hard. We had lots of rain, and our trees are nice and fresh. And the rain like we have had this last week just ensures that those trees when people take them home are a lot fresher."

He added that there's also been no problems with insects this year.

Wyffels plants the trees when they're three years old and they'll grow for another six years. Those trees are bought from Michigan, but this year, Wyffels' supplier was all sold out. Instead he had to buy the one-year-old seedlings which will take an extra few years to grow now.

Wyffels said they're keeping their usual goal of selling 200 trees. Last year he said they closed earlier than expected.

"We had so much business if we'd stayed open, we would've had really short trees for the following year and wouldn't be able to sell any," he said. "If people start cutting smaller trees, we have to close."

Both Terrell and Wyffels recommend shopping for your tree early.

"If they come out early, they'll find one," Wyffels said. "We may have to close early again, but we're gonna try and stay open for at least two weekends."

"We're kind of planning for a very fast and vigorous tree season," Terrell said. "We're anticipating being out of trees by the first week of December. ... When you do find what you want, purchase it now."

Besides shopping early, Terrell is reminding everyone to not let the stress of all the shortages "overwhelm the reason for the season."

"We may not have the perfect Christmas tree this year, but you'll have a tree and you'll get to see your family and have those gatherings that have been discouraged for so long," she said. "All the trees once they get decorated, once the kids put their handmade ornaments on there, and you get all of your too many ornaments, once you get them all on there, all the trees are beautiful."

You can buy an artificial tree at Wallace's now, or the live trees are arriving the week of Thanksgiving, or if you want to cut down your own, Wyffels is opening Friday, Nov. 26, the day after Thanksgiving.

In 2020, 94 million U.S. households had a Christmas tree in their home; 85% were artificial and 15% were live, according to the American Christmas Tree Association. Similar consumer demand is expected in 2021. 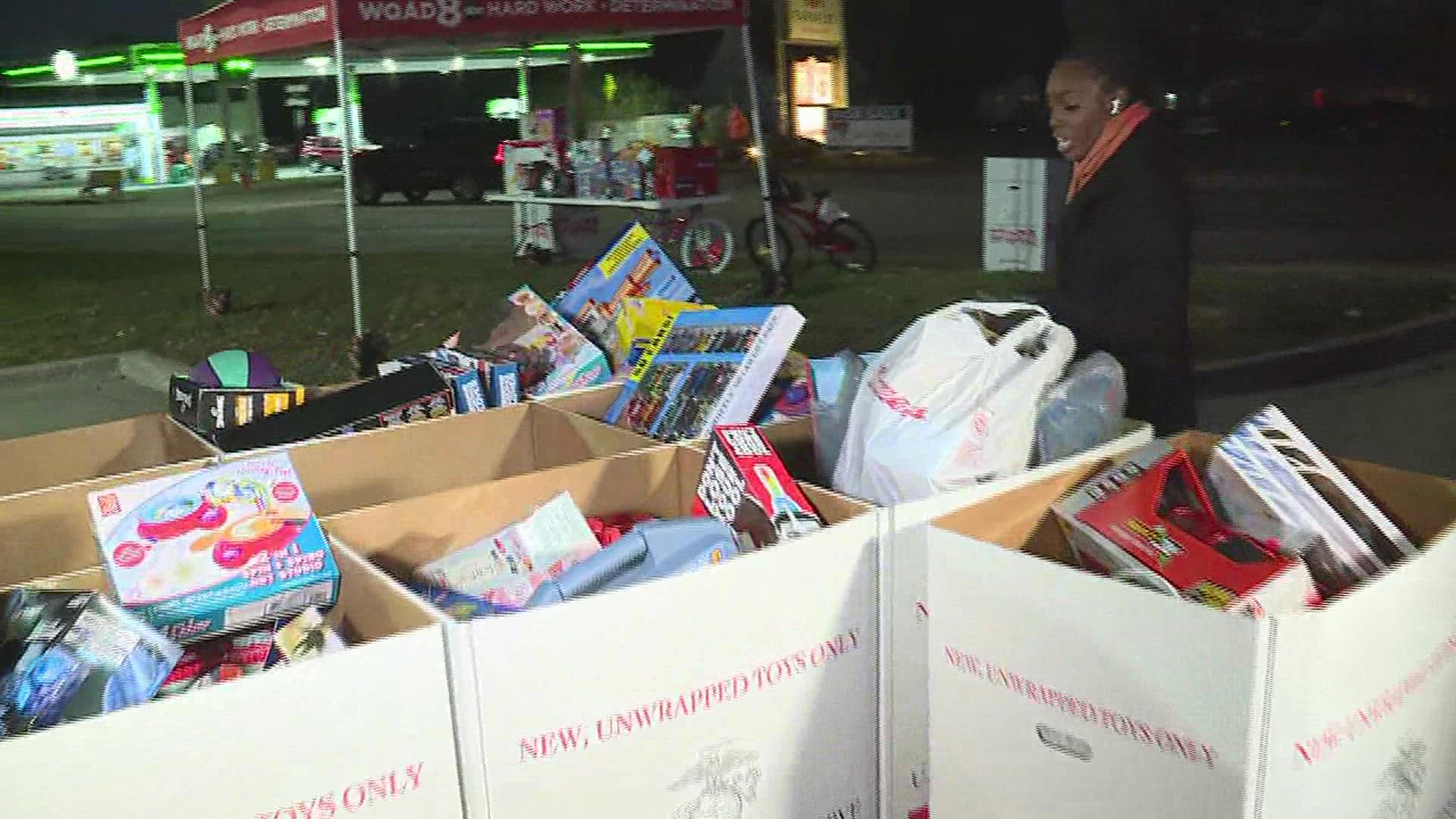