Toddler alive against all odds, gets amazing 2nd birthday party from firefighters

The fact that Michael Reading has made it two years is a miracle. He was born with a rare condition, Neonatal Marfan, which inhibits his connective tissues. 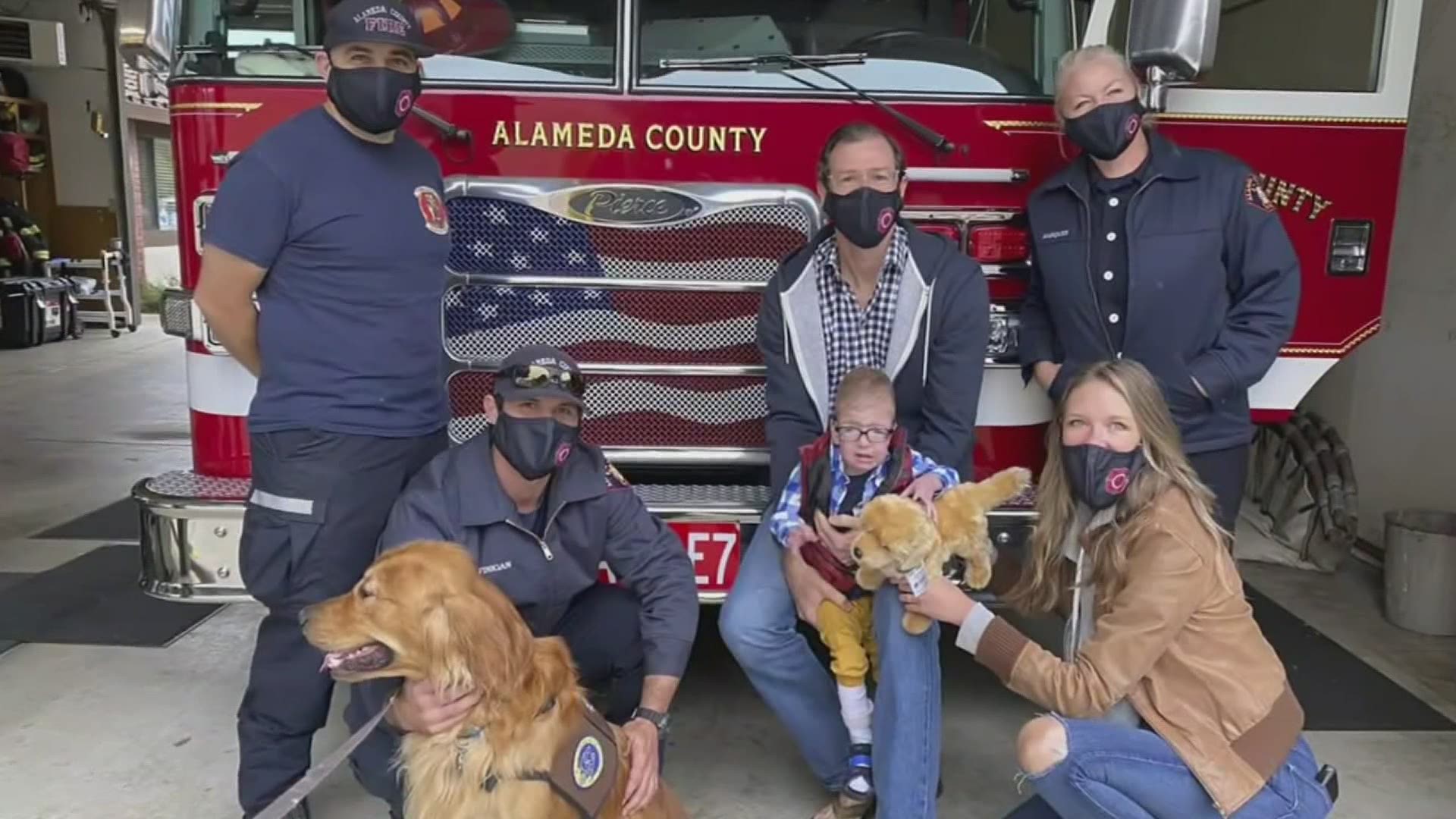 VALLEJO, Calif. — In Vallejo Wednesday, was a birthday party for the ages.

It was a gathering of firefighters and a family they know very well though difficult circumstances.

"I have to tell you, we needed Michael as much as he needed us," added Captain Heather Marques of the Alameda County Fire Department.

The fact that Michael Reading has made it two years is a miracle. He was born with a rare condition, Neonatal Marfan, which inhibits his connective tissues. Michael has had three open-heart surgeries. Historically, 95 percent of patients do not survive one year. 98-percent never reach two. Now imagine being his mother, and dealing with that.

The family of 3-year-old Ezra said they felt alone and couldn't help but fall into a dark place. That's when their neighbors stepped in to help.

"So every day we treat like a miracle because we never know if we will have another day with him," said Emily.

And yet, what a day this would be. A little before noon, fire trucks with sirens paraded in front of Michael's house. Helicopters buzzed overhead. They included firefighters from Alameda County, Vallejo, Castro Valley, and elsewhere.

Most including Captain Heather Marques, already know Michael well. She hugged the little boy in his mother's arms.

Indeed. Captain Heather Marques arranged most of this.

"So we met Heather walking to the fire station one morning," said Emily.

When the family lived in Castro Valley, Michael asked to see the fire station almost every day. Those firefighters opened their hearts. "They just embraced Michael and wanted to give him every opportunity they knew he would not otherwise have."

"He took his first steps on the bumper of my truck," admitted Heather. "He can name every component on a fire engine better than most of us,"

That became obvious as Michael's father, Robert, toured the equipment inside and out. "Want to see the tires?" Michael reacted with a two year-old's joy.

"We have almost lost Michael four times," said Emily. "Because of his condition, we don't know what to expect."

Indeed, though everyone here knew only what they could give----to fill every possible moment for Michael with joy, and to savor them, knowing how they're finite, fleeting, all too few, and brief.

"This is my angel right here," said Emily hugging Heather.

"These are the things that stay with us. Career highlights," said Heather.

That's an understatement from the birthday of a lifetime...at age two.