YOUR MONEY with Mark: Which state's opening in a smarter way?

We know Iowa has been more business friendly after the coronavirus, but should that be the case? 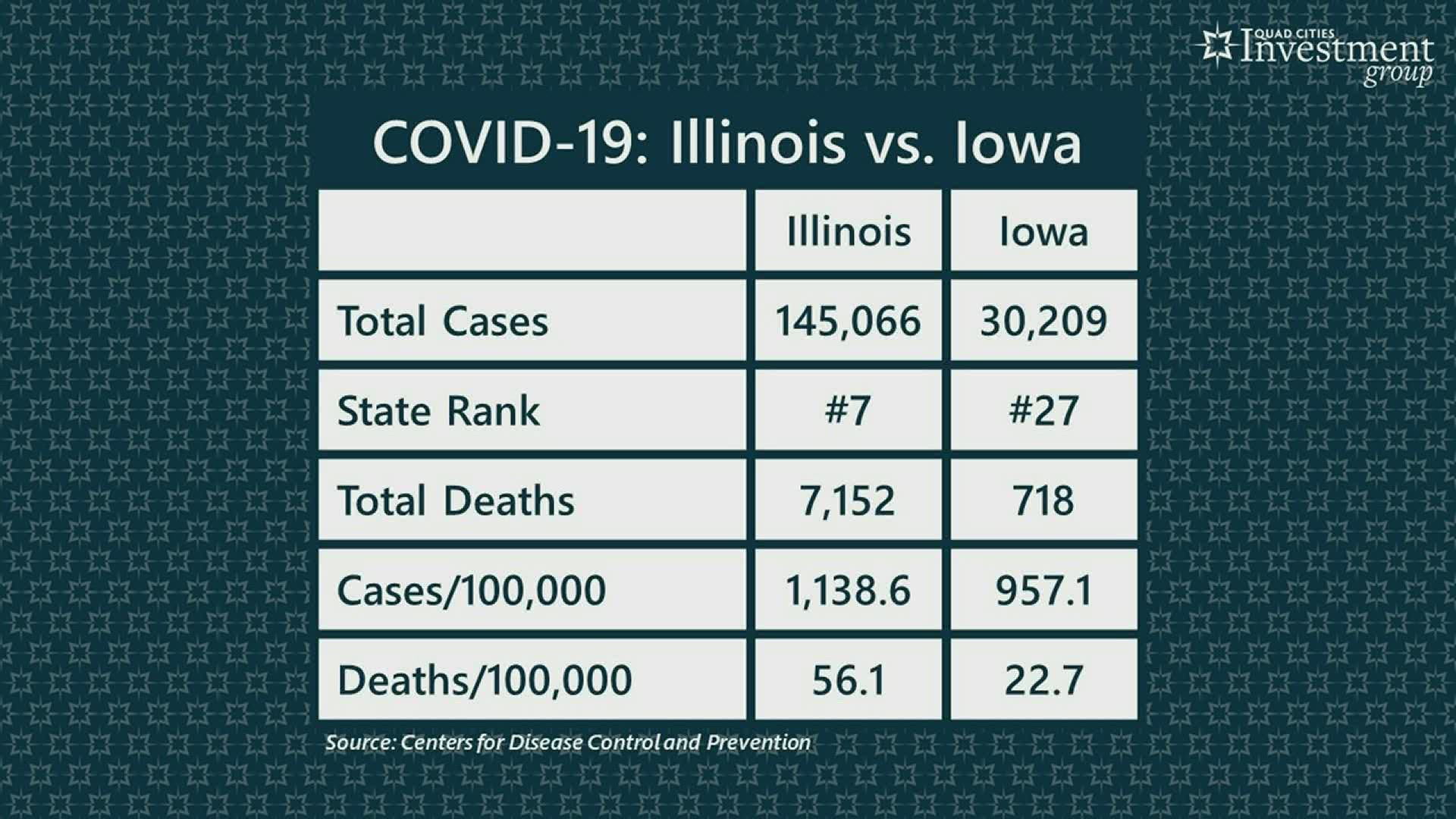 Monday, June 29th, he discussed how our area, composed of both Iowa and Illinois, has gotten national attention because of the differences in how both states have allowed their businesses to reopen. Grywacheski says a more open Iowa has attracted Illinois residents to buy more from businesses in Iowa.

"The longer these closures and restrictions are placed on Illinois businesses, the more damage they'll cause to the Illinois economy and labor market, and ultimately, the longer it'll take to recover," he said Monday, June 29.

Should Iowa allow its businesses to reopen as soon as they have though? Grywacheski says yes.

RELATED: THIS WEEK: Why is there a local COVID-19 spike?

According to the Centers for Disease Control and Prevention, Illinois ranks seventh in the number of coronavirus cases per state while Iowa ranks 27th. The rates of cases and deaths per 100,000 people is also smaller in Iowa than it is in Illinois.

"But to be fair, Illinois does have one of the largest concentrations of people in America," Grywachski said Monday morning. "The Chicago-land area, which includes Chicago and all of the surrounding suburbs, has a combined population of around 10 million people."

Grywacheski would have like Illinois to open by a county by county basis as opposed to it being broken up into four different regions. He also discussed the better than expected unemployment report released Thursday, July 2nd and what that means for the economy moving forward.

Your Money with Mark Grywacheski airs in between 5 and 5:30 a.m. every Monday during Good Morning Quad Cities.