The summer swarm: When you can expect mayflies to emerge

The annual hatch is expected to take place in late-June and early July. The swarms of mayflies often leave quite a mess behind. 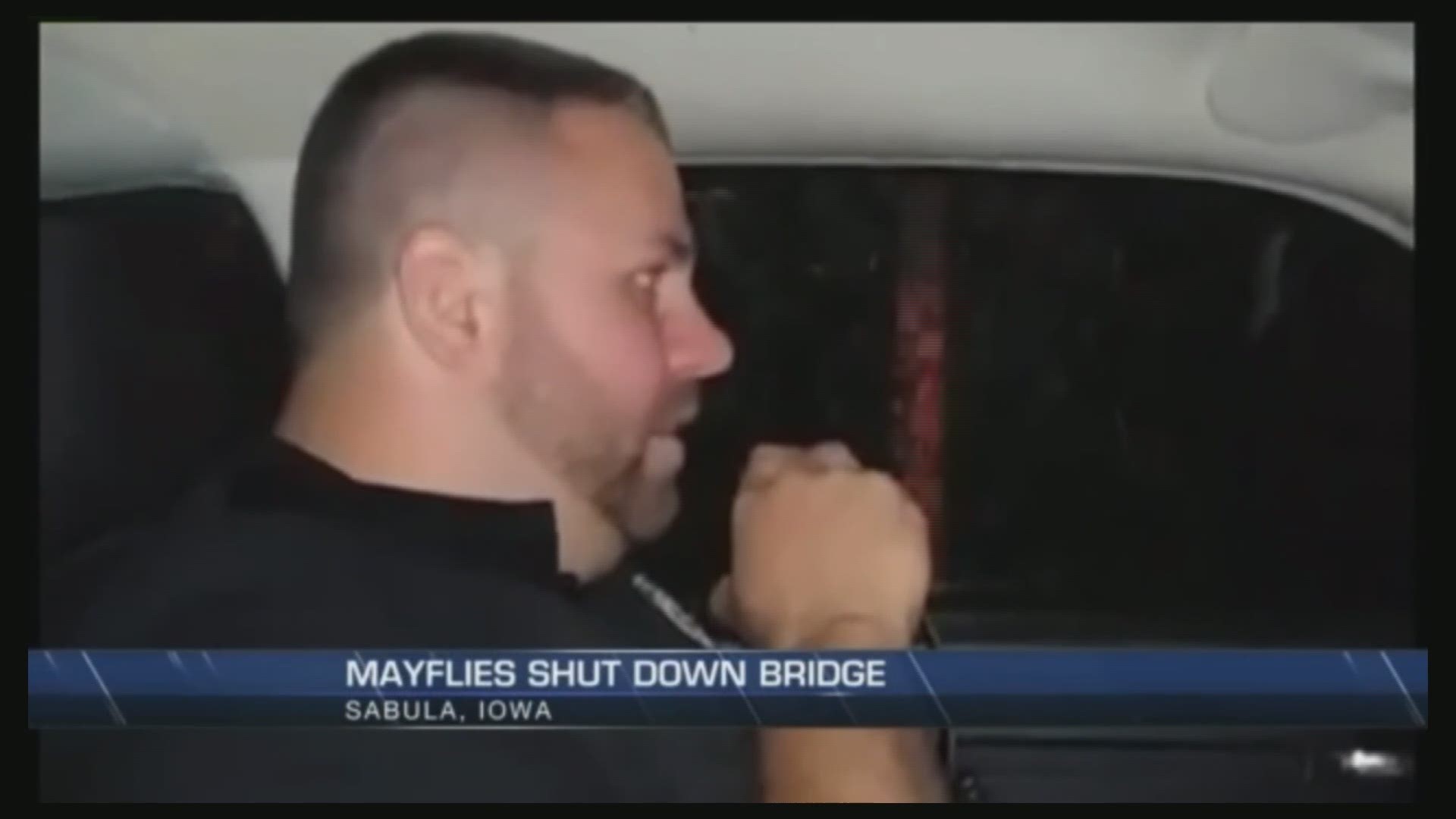 MOLINE, Ill. — They've been around for more than 100 million years, yet somehow they still only manage to actually survive just a matter of hours after emerging from the water. You've likely seen the viral videos showing massive swarms of mayflies (also known as shadflies), but why are some swarms bigger than others?

Looking back at previous years swarms, there seems to be a correlation to not only the temperature of the water, but the level of pollution contained in it, too.

In 2020, a large swarm of mayflies took flight on July 3rd in the Quad Cities. The water temperature of the Mississippi River measured in Clinton, Iowa was around 82-degrees. You can find similar links to the previous swarms dating back to 2014, when the majority of the swarms occurred once water temperatures reached above this temperature threshold.

Credit: WQAD
The water temperature of the Mississippi River near Clinton, Iowa. The yellow star indicates the date when a significant mayfly swarm was observed.

Water temperatures as of June 7th have been running around 77-degrees and with the upcoming stretch of hot weather that will feature several days near 90-degrees, it won't be long before the mayflies begin to swarm.

Their lifecycle is short and not very complex. Eggs are deposited directly under the water where they will spend a few days to a few weeks preparing to hatch. Once the hatch is complete, nymphs will spend up to two years feeding on the bottom of a river or stream before emerging as an adult the following summer. Most of the swarms we see are comprised of males, flying around to make themselves known to females nearby for mating.

While it is nearly impossible to predict the exact date you can expect a hatch, past history tells us that the time period of late June through mid-July is when we'll likely see a good-sized swarm here in the Quad Cities. The size is also difficult to predict due to a number of factors, including the amount of water pollution present in the water for a given area.

Many in the fishing community also take advantage of the swarms to increase their catch as the fish feed on the large population.

The downside, cleaning up the mess after the mating frenzy has ended. After mating, males will only survive a matter of hours before falling to the ground in large numbers. So large in fact, that cities have had to drag out snow removal equipment to clear roadways and bridges.