Residents may find them annoying, but the mayfly swarm is an indication of good water health in the Great Lakes. 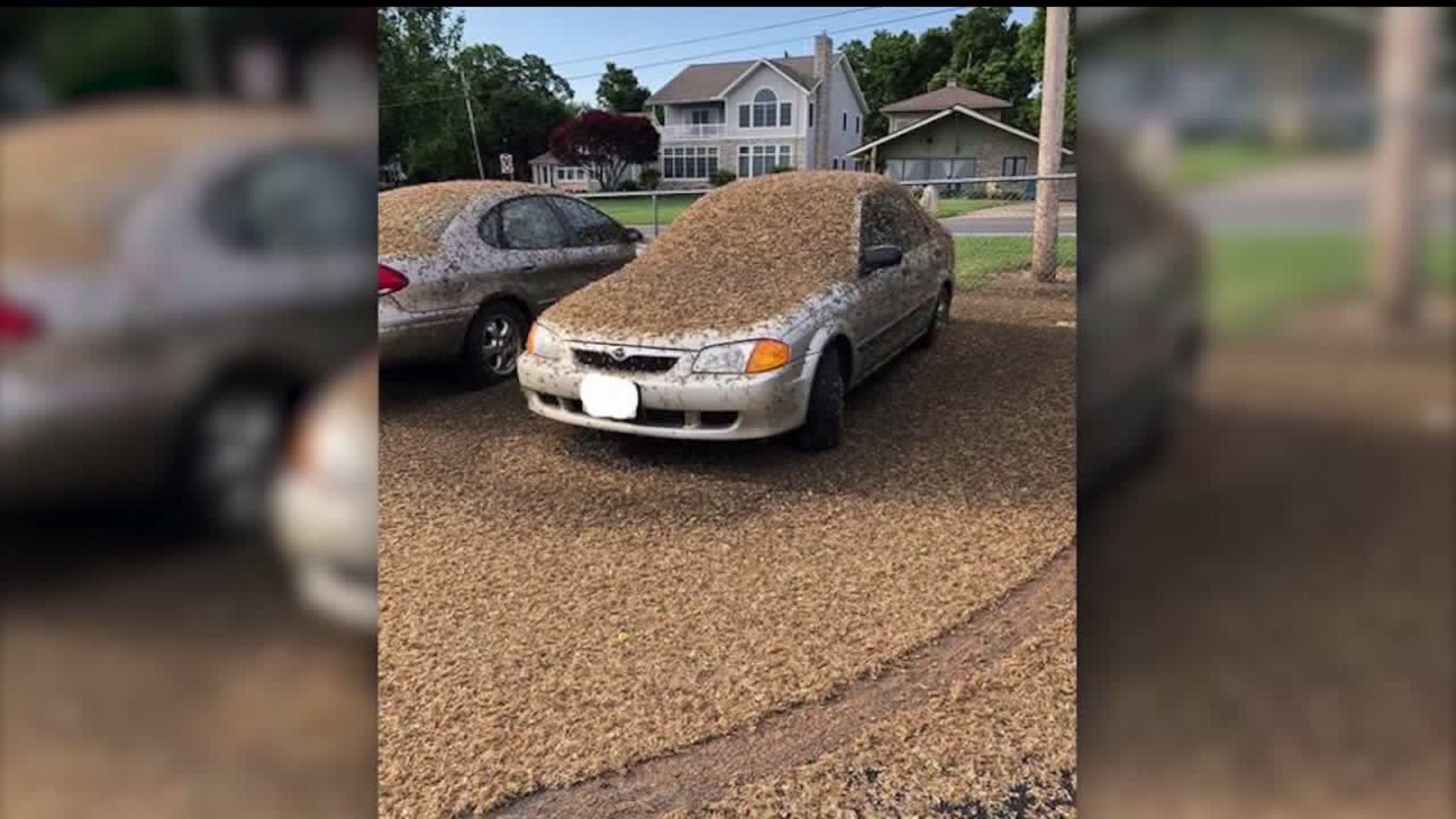 Mayflies are hatching and invading northeastern Ohio. The swarm was so dense that it was captured on the weather radar of CNN affiliate WOIO on Wednesday.

These mayflies come from the waters of Lake Erie. According to the Ohio Sea Grant research and education program, the mayflies begin as eggs burrowing in lake sediment, and after a year or two, they swim to the surface, emerging fully winged. Adult mayflies vary in size from a quarter-inch to an inch long.

They won't be around for long, though. Individual mayflies live up to two days once they come on land. The swarms typically last about a month.

Residents may find them annoying, but the mayfly swarm is an indication of good water health in the Great Lakes, according to Ohio Sea Grant.

"Scientists agree that the inconveniences caused by swarms of mayflies during about a month each summer are more than offset by the potential benefits to the sport and commercial fisheries of the western basin of Lake Erie and parts of the other Great Lakes," the program says.