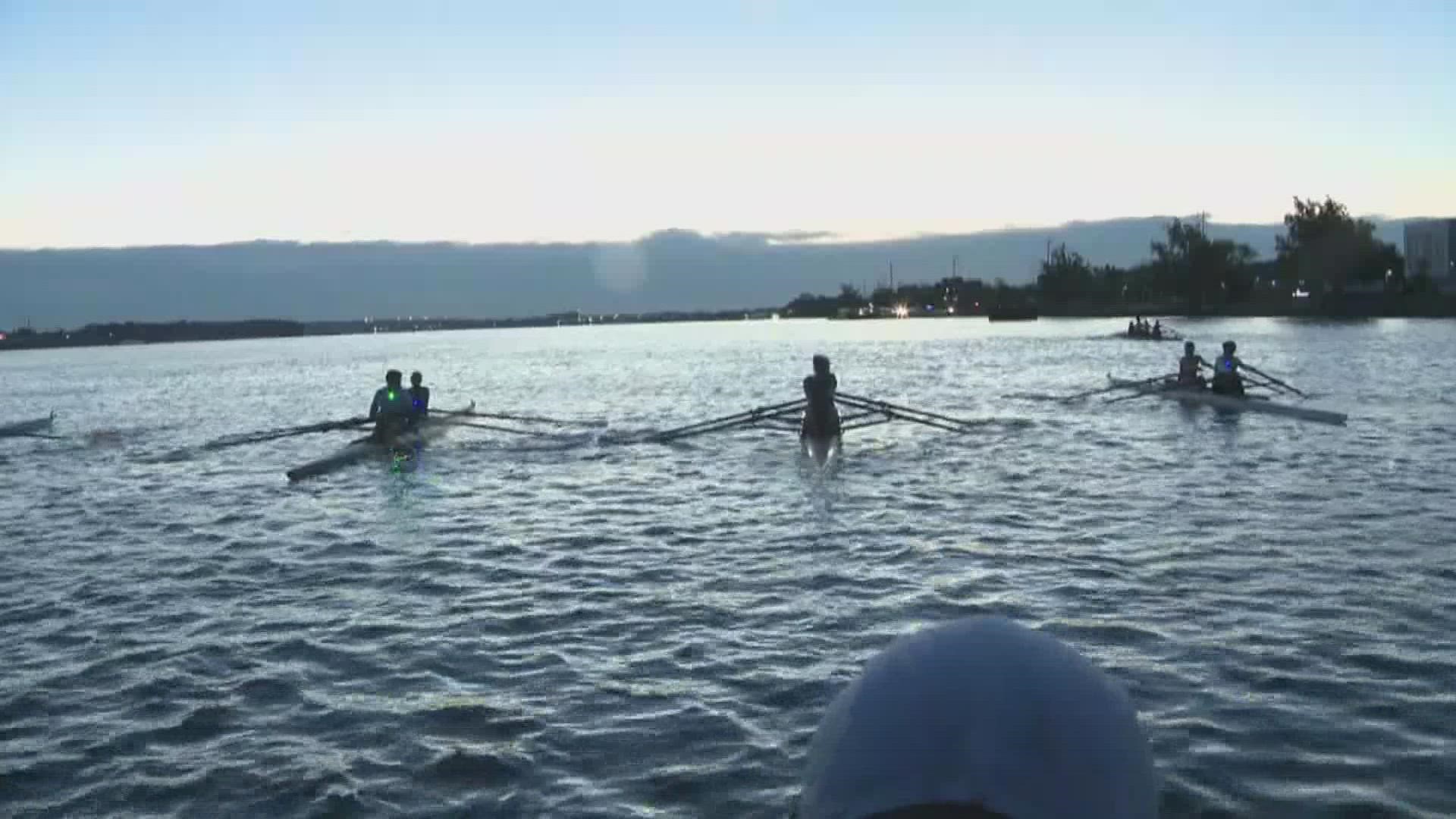 MOLINE, Ill. — The statistics surrounding women in sports at the NCAA level tell a disheartening story.

Less than 10% of female, high school athletes will compete at the collegiate level and for the most popular sports, that number is even less.

For many girls, that means giving up the sport they've grown up playing and leaving athletics entirely.

But, the YMCA Quad Cities offers a program that is proving sometimes the path less traveled, is the one with the most opportunity.

For the rowers at "Y Quad Cities," rhythm is as important as routine.

"Five days a week we’re here at 5:20 a.m.," says Olivia Meskan, a junior at Sherrard High School in her second year with the rowing program. "Sometimes the weekend practices will be later like at 6:30 a.m. or 7 a.m."

"I come six days a week, about twice a day," says Erin Morley, a junior at Pleasant Valley high school, also in her second year of rowing.

But, in the unpredictable world of college athletics, routine and dedication only get you so far.

"So, that’s what I like about [rowing] is, you get out exactly what you put in," says Meskan. "The experience from rowing have been nothing that I’ve expected but all in a good way."

Meskan has put in a little more than a year with the Y Quad Cities program.

"Even though it doesn’t seem like a long time, the number of strokes is past the thousands. So it just feels like something that’s just natural."

But she's gotten out  a National Championship- the program's seventh straight in the women's quad event- and a trip to Bulgaria where she was able to represent the United States at the Junior World Rowing Championships.

"I guess [that level of success] would be something unimaginable with some of those other sports" says Meskan. "And it’s still unimaginable in rowing. It still hasn’t like really clicked yet."

Pleasant Valley senior Elizabeth Tessen as been rowing for about three years and received multiple division one offers.

"I didn’t think that was possible," says Tessen. "As a young kid I always admired those people who continued their education at these high level institutions and that was always a dream of mine in a way, but I never thought that was possible until I started rowing."

For Morley, a competitive dancer most of her life, she says she's "fallen in love with rowing" and will now pursue it in college instead of dance.

"I’m full gung-ho on rowing. I wanna do it in college I wanna see how far I can push it. I wanna be on the best team possible."

For all three women, the rhythm on the river has revealed uncharted water.

"When I was really little I really wanted to play basketball in college," says Meskan.

"So I played soccer and basketball through junior high," says Tessen.

"As a female, I’ve seen almost all of my friends- they’re either dancers or they played soccer or they did some sort of cheer. I mean sports like rowing- they’re not as common of course," says Morley

"But, it’s so much focus on the work ethic part," says Meskan

"I know so many of my friends that would just thrive in this opportunity," says Morley.

It's an opportunity for young women to explore.

It's an opportunity for them to achieve.

"You know what I’ve been around it for so long that it’s just kind of normal to me," says Morley. "Like, yeah, that’s Y Quad Cities, yeah we’re the first Americans to win Henley. Yeah we have national titles."

And an opportunity for the young women to succeed.

"I don’t think [other sports] would've led me to the same path," says Tessen. "I think that I wouldn't have had these same opportunities. Y Quad Cities has such a legacy so that definitely draws coaches in to recruiting us."

At the time of this story, Tessen was committed to the University of Notre Dame for rowing while Meskan and Morley are in the beginning stages of their recruiting process but intend to pursue NCAA Division one opportunities. 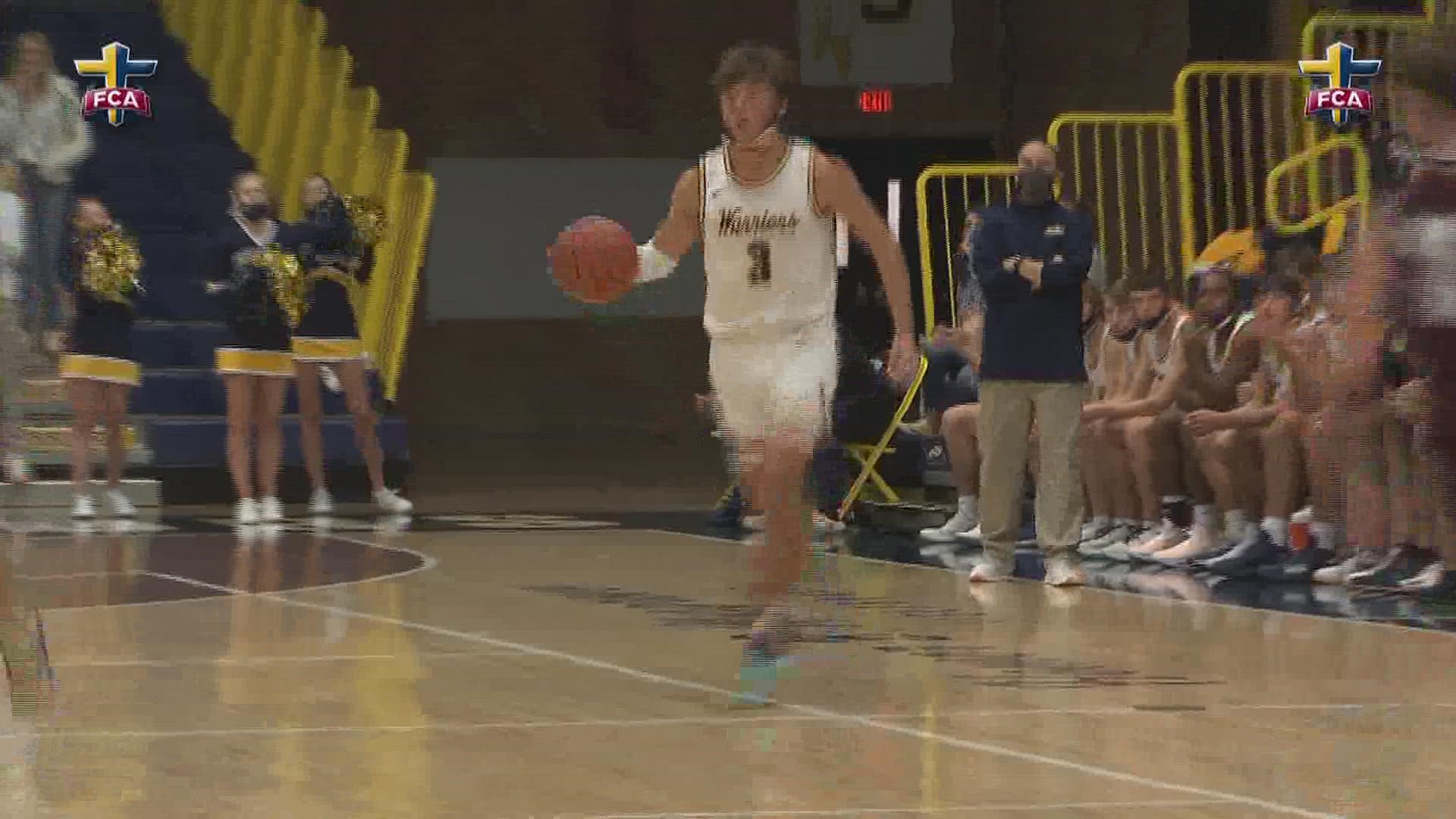