VERIFY: Does a river influence the path of a tornado?

Tornado season peeks in May here in the Quad Cities. Now is a good time to verify a popular weather tale about rivers and tornadoes. 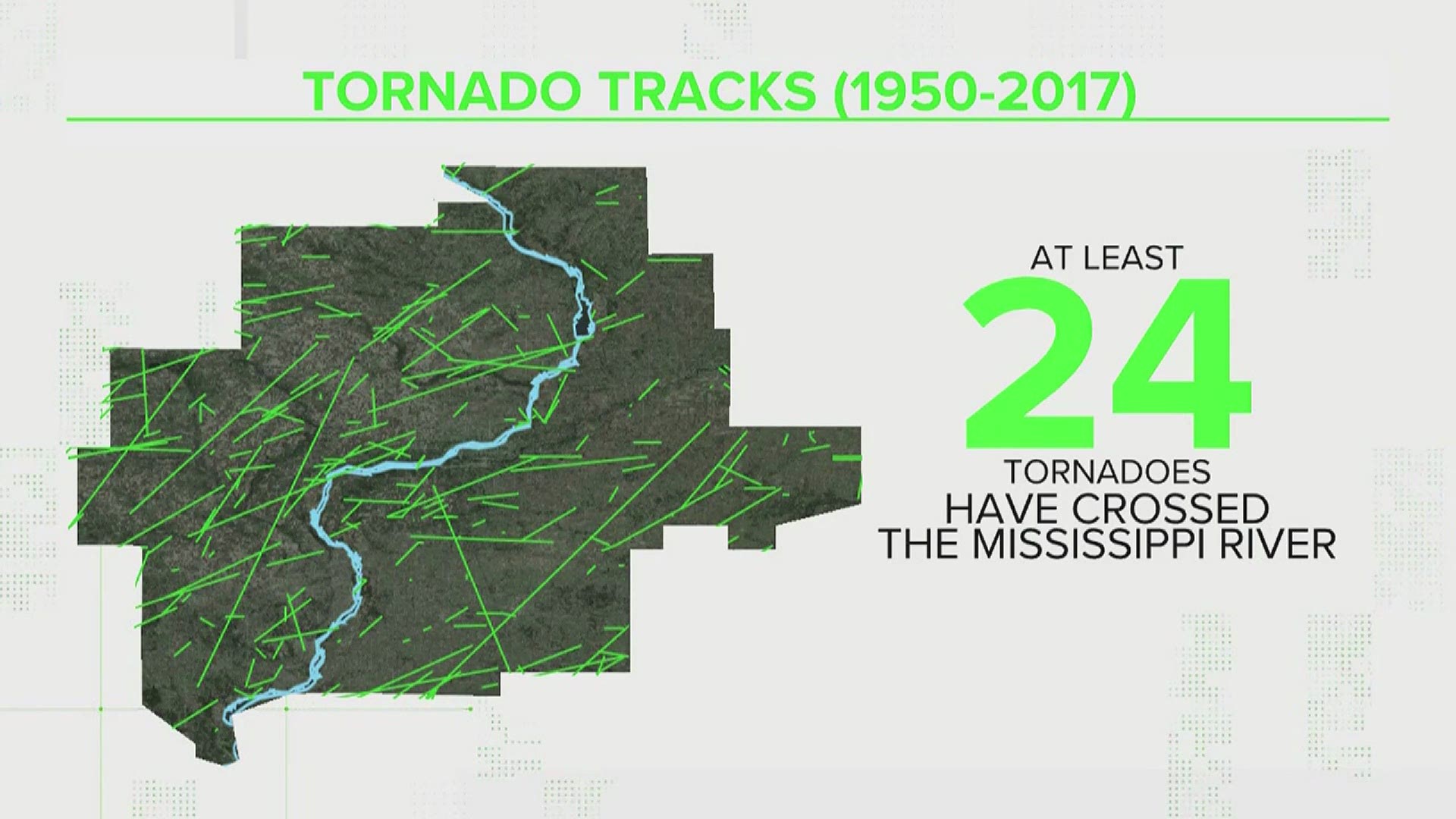 Peek tornado season in the Quad Cities is in May. With only a few weeks away, severe weather is on our minds. A common weather myth that we hear about across the country hits very close to home. Do rivers actually offer some sort of protection from the path of a tornado? Let's verify.

Does a river influence the path of a tornado?

We can verify that, no, the river will not influence or protect you from encountering a tornado. When it comes to the dynamics of a storm that can produce a tornado, the environment will be strong enough to overcome any brief passage over a body of water like a river.

Our source is Rich Kinney, the Warning Coordination Meteorologist at the National Weather Service here in the Quad Cities. "In general, no, you know tornadoes have been known to cross rivers, go into cities...", Kinney says. Many people have said over years that rivers or river valleys can offer some sort of protection from a violent storm that may produce a tornado. This common misconception stretches from coast to coast. "The tornado environment itself is really gonna overwhelm any brief, you know, passage over a body of water like that", says Kinney.

According to the National Severe Storms Laboratory the average supercell thunderstorm, which is the type of storm that typically produces a tornado, has an average diameter of ten miles. The Mississippi River around the Quad Cities only has a diameter of about a half mile. This means the river will not influence a storm of that magnitude as it is just not large enough! If we were talking about a body of water the size of Lake Michigan, then that would be a different story.

Credit: WQAD
The size of a supercell thunderstorm compared to the Mississippi River.

How did this misconception become so widespread across the nation? Kinney explains that in some cases there may be some selective memory at play. There may have been an event that wasn't very significant where a storm did cross that boundary, but you don't remember it because there may be more influential storms that you recall. "With folks talking with each other over many, many years of shared weather history in the area perhaps that's how some of this uhm can perpetuate", says Kinney.

If we go back and look at tornado tracks from 1950 to 2017 in the Quad Cities region, there are numerous tornadoes in varying strength that have crossed not only the Mississippi River, but other rivers too.

Credit: WQAD
The tornado tracks observed in the Quad Cities region from 1950-2017, many of which have crossed rivers.

Sometimes it may appear that a tornado skips over rivers, but that isn't caused by the river. Many tornadoes have intermittent paths. This means that the storm could lose energy or circulation for a brief period of time before finding the strength to make contact with the ground again. It's all about the storm's dynamics.

RELATED: VERIFY: What does a '50% chance of rain' actually mean?

RELATED: VERIFY: Is the extreme winter cold of 2021 the result of climate change?