VERIFY: What does a '50% chance of rain' actually mean?

A viral TikTok video attempts to explain what a percent chance of rain actually means, but is it accurate? 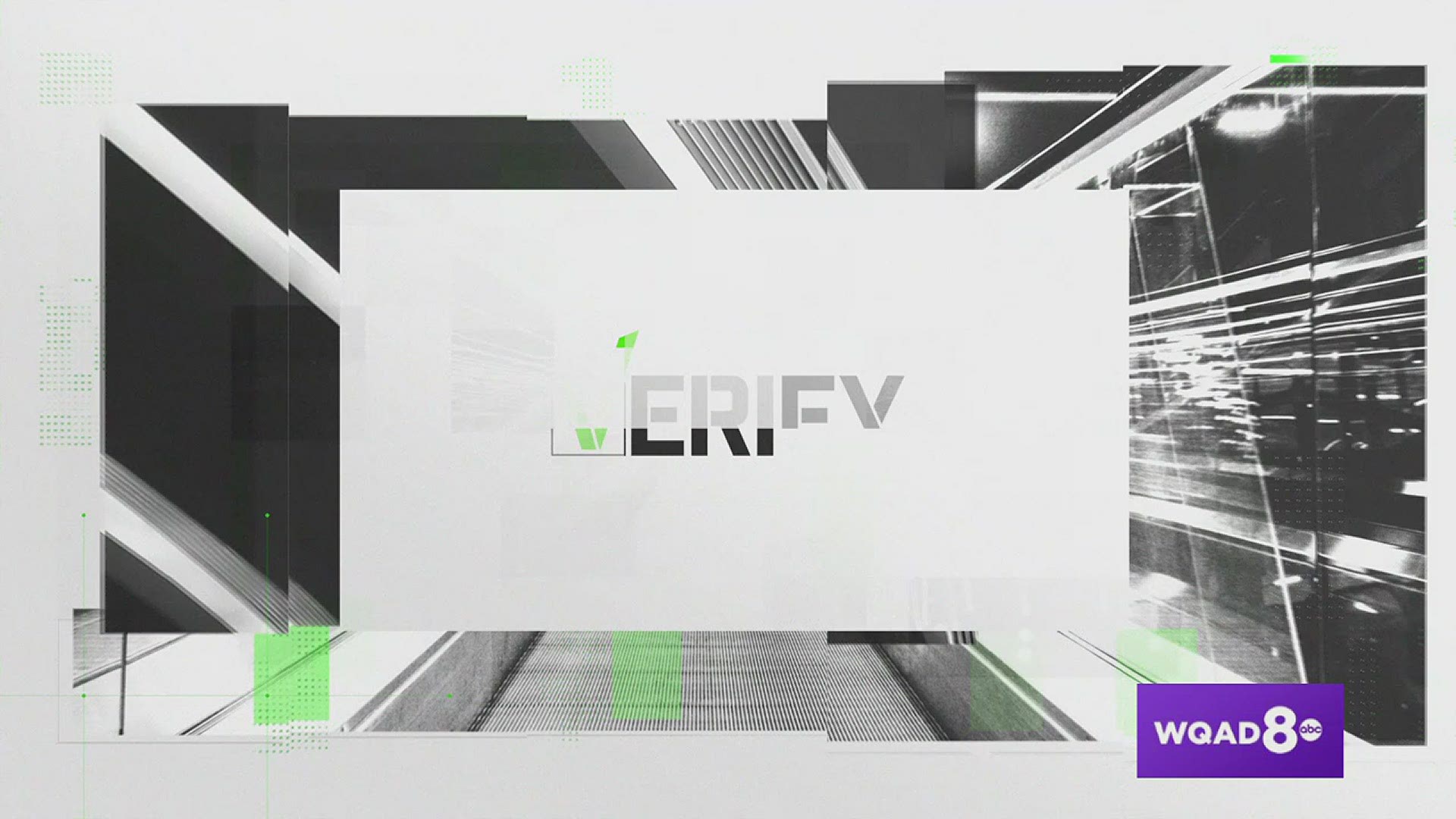 Are precipitation percentages actually based on the forecast area that is going to see rain or snow?

Our experts say no, this is not true. It is, however, a factor that is included when making these forecasts.

Our source is Meteorologist Peter Speck who works for the National Weather Service here in the Quad Cities. When we asked him if percent chances are solely based on the area that will see rain, his answer is simple: "No, that is not correct" Speck says.

We need to understand what the probability of precipitation, or PoP, actually means. "The Weather Service definition is, uh, forecaster's certainty times areal coverage and then you move two decimal places to the left and that's how you get your percentage" explains Speck. This means that if a forecaster has a confidence level of 80% and expects rain to cover 50% of the forecasted area, then that would come to a 40% chance of rain. This is where the TikTok was incorrect. This does not always mean that we will always have a 100% chance of rain based on that definition from the National Weather Service.

According to a recent American Meteorological Society study, not many people actually know what the probability of precipitation means. "Only ten to thirty percent of the public had an accurate idea of the definition of PoP which is insane" says Speck. The study also took surveys to figure out what alternatives we can use to better communicate rain chances to the public. The best alternative is to use simple words. "So, uh, words like slight chance, chance, likely, numerous, scattered, isolated. Like words that people will be able to understand" says Speck. It's easier for someone to walk away from a forecast with words like isolated or widespread rain chances used and have a better comprehension of what those precipitation chances are.

Another factor that could make this situation a little more difficult to understand is also a broad interpretation of PoPs across meteorologists as well. PoP understanding can vary from each individual forecaster. In order to get clear the air, we would need every meteorologist and forecaster to be on the same page in the future when it comes to calculating those precipitation percentages.

The next time you are checking your weather app or tuning into a forecast. Try to pay attention to the words or the text of the forecast. That will help you better understand how rain or snow may impact your day!